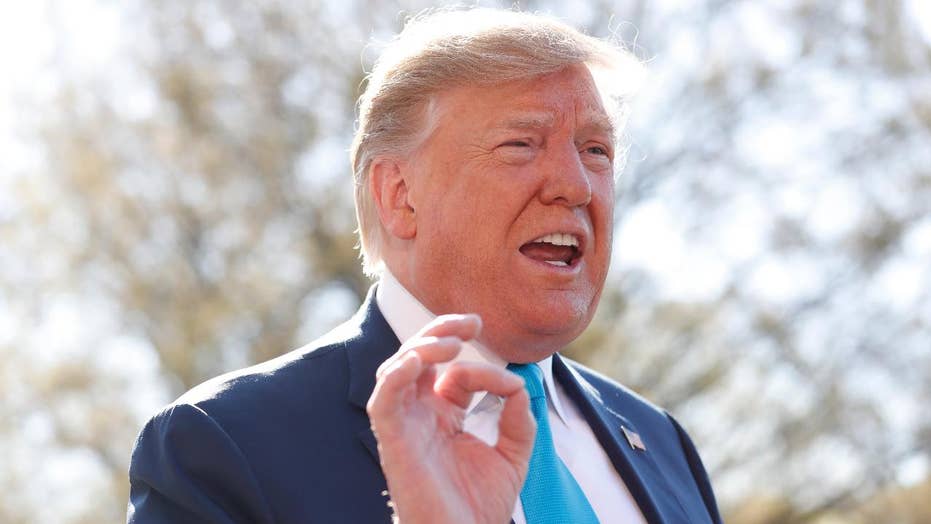 President Trump on Wednesday announced he would refuse to release his tax returns to the chairman of the House Ways and Means Committee, and we all know what that means – the mainstream media is about to have a fit and declare yet another “constitutional crisis.”

From where I sit, the president is absolutely right to refuse to turn over his returns, and congressional Democrats demanding his returns don’t have a leg to stand on.

It was only a few years ago that, as the leader of the largest organization in the country with the words “tea party” and “patriots” in its name, I had to deal with an outlaw Internal Revenue Service that was targeting my organization, my colleagues, my donors, and my supporters, all because of our political beliefs, in violation of our First Amendment rights.

Consequently, I got to see, up close and personal, what happens when the IRS and the administration of the tax code is weaponized for political use. House Ways and Means Chairman Richard Neal, a Democrat from Massachusetts, is behind the Democrats’ latest weaponization of the tax code. He should be ashamed of himself.

Neal, it has been reported, spent months crafting his strategy. He knew that if he simply opened his first committee meeting as chairman by saying, “Okay, gentlemen, we Democrats are now in the majority, and, as such, I’m going to use a provision from the 1924 Revenue Act that, to my knowledge, has never before been used against a sitting president, to get my hands on the president’s tax returns,” his allies in the mainstream media wouldn’t have been able to cover for him.

So he plotted, he schemed, he cogitated, and eventually he invented a different tack – “legislative oversight” of the IRS policy of auditing the returns of sitting presidents.

"Consistent with its authority,” Neal wrote in his letter to IRS Commissioner Charles Rettig demanding the president’s tax returns going back to 2013, “the Committee is considering legislative proposals and conducting oversight related to our Federal tax laws, including, but not limited to, the extent to which the IRS audits and enforces the Federal tax laws against a President. Under the Internal Revenue Manual, individual income tax returns of a President are subject to mandatory examination, but this practice is IRS policy and not codified in the Federal tax laws. It is necessary for the Committee to determine the scope of any such examination and whether it includes a review of underlying business activities required to be reported on the individual income tax returns.”

Ah, legislative oversight. Neal says he needs to see the last six years of the President’s tax returns because it is necessary for his committee to determine the scope of the audits the IRS regularly conducts on a sitting president’s returns.

But he doesn’t need to actually see President Trump’s returns to do that. All he needs to do is ask the IRS Commissioner a question: “Commissioner Rettig, would you please tell me the scope of an IRS audit conducted on the tax return of a sitting president?”

Moreover, if all he really wanted to determine was the scope of the standard audit conducted by the IRS on the tax returns of a sitting president, he could have just easily requested the relevant information from a previous president – say, Barack Obama, or George W. Bush – who has already chosen to make his tax returns public information.

Further, if he is really interested simply in determining the scope of the standard audit conducted by the IRS on the tax returns of a sitting president, why does he need President Trump’s returns going back to 2013? President Trump did not become president until 2017. Why does Neal need Trump’s returns from 2013, 2014, 2015, and 2016?

The fact is, of course, Neal’s pursuit of Trump’s tax returns has nothing to do with legitimate committee oversight functions, and everything to do with Neal’s interests in damaging President Trump politically.

That’s made clear by an examination of a newspaper article linked on Rep. Neal’s official House website.

Published by the Worcester, Massachusetts "Telegram & Gazette" on Jan. 23, 2019, headlined "Powerful Ways and Means Chairman Neal To Pursue Trump’s Tax Returns," the article quotes Neal explaining to the liberal groups demanding Trump’s tax returns, "We need to approach this gingerly and make sure the rhetoric that is used does not become a footnote to the court case ... I’ve been meticulous about my choice of words, for good reason."

As meticulous as he may have been in his choice of words, his choice of action – demanding the confidential taxpayer information of a political opponent – is an abuse of his power as chairman of the House Ways and Means Committee. Neal should be ashamed of himself.