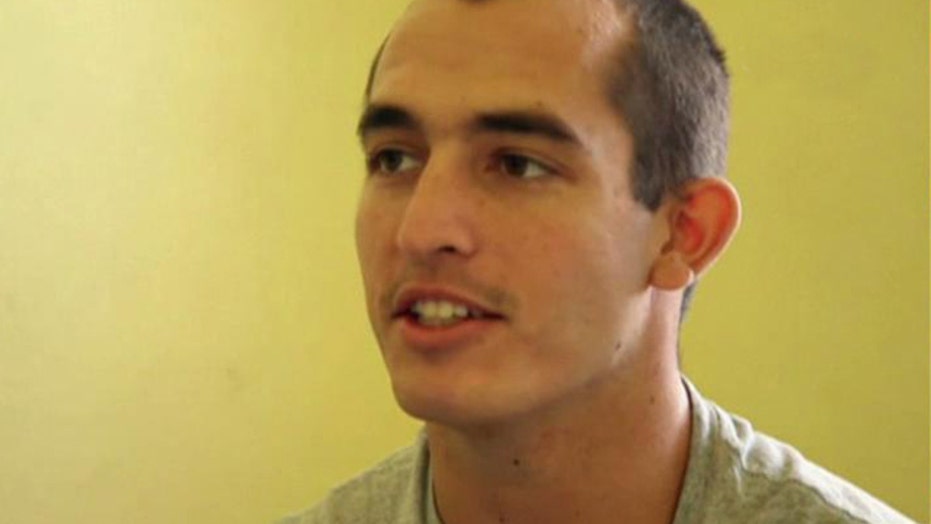 New calls for action to help Marine jailed in Mexico

Rep. Perry: Administration should do everything they can

Andrew Tahmooressi, the Marine sergeant and combat veteran jailed in Mexico since March 31 when he inadvertently crossed the border (missing a confusing turnaround point in the road), has a history of severe head trauma and was reportedly recently diagnosed with post-traumatic stress disorder (PTSD).

In the nearly two months since his arrest, he has been held shackled in a cell, first at the notorious La Mesa Prison in Tijuana and now at the federal prison at El Hongo.

Tahmooressi reportedly slit his own throat and tried to escape while held in Tijuana and was then chained to his bed by all four limbs.

For someone like Sergeant Tahmooressi, who has a history of PTSD, after serving two tours in Afghanistan, being held in prison could easily spark severe psychiatric symptoms now, and chronically.

One way to think about PTSD is to imagine that the mind has failed to compartmentalize stressful memories from the past. Recollections of friends dying violently or other horrific scenes of violence -- all too frequent in war -- are not, when PTSD is present, relegated to memory banks that a person accesses voluntarily.  They reverberate too close to the surface of consciousness and can cause paranoia, hyper-vigilance or panic with even minimal (or no) current stresses.  The traumatic experiences can also leak out as flashbacks to terrifying scenes one has lived through.

This means that Sergeant Tahmooressi could misinterpret skirmishes in the jail as impending combat. He could truly believe he is unarmed and about to die. He could believe, many times a day, that he is about to be executed.

At this very moment, he could be flashing back to combat scenes from Afghanistan—not as distressing memories, but as scenes he is reliving as if they are actually occurring, again, right now.

Exposing a man like Sergeant Tahmooressi to the very real trauma of being wrongly imprisoned, shackled and possibly threatened with physical assault, sexual assault or long-term incarceration could severely compromise his ability to manage his PTSD in the future.

Borrowing from the description of PTSD I shared earlier in this piece, prolonged stress, like that which Sergeant Tahmooressi is currently enduring, can further thin the walls containing traumatic memories from the past, leaving them even more leaky than before. It could leave the sergeant even more vulnerable to flashbacks, nightmares, depression and a desire to remain isolated from others.

These are the symptoms potentially visiting Sergeant Tahmooressi. Veterans across America, as well as soldiers currently serving our country around the world, are being traumatized, too. Because they are witnessing yet another example of a weak president and his weak secretary of state unable to win the release of even one of their wrongly imprisoned brothers, who was willing to die for this country, in order to preserve its freedoms.