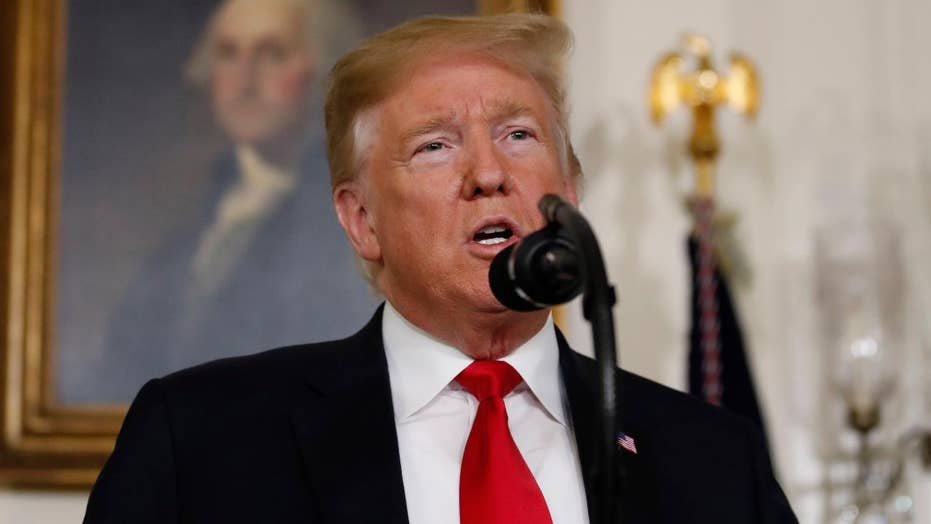 Trump and Democrats at an impasse over border security; reaction and analysis from the 'Special Report' all-star panel.

Last week, Democratic Sen. Mark Warner of Virginia offered President Trump some advice on how to end the current border wall standoff. "Always try to find a solution in which both sides come out ahead," Warner told the president. It's good advice. Trump is taking it. House Speaker Nancy Pelosi, D-Calif., and Senate Minority Leader Charles Schumer, D-N.Y., are not.

On Saturday, Trump did exactly what Warner suggested, offering Democrats a win-win compromise. In addition to his 230-mile physical barrier, Trump said he would support three years of legislative relief for 700,000 recipients of Deferred Action for Childhood Arrivals, as well as a three-year extension for 300,000 other immigrants whose temporary protected status is expiring -- 1 million people in all. These extensions, Trump said, would give Congress time to "work on a larger immigration deal, which everybody wants -- Republicans and Democrats." His offer, Trump said, was "straightforward, fair, reasonable and common sense, with lots of compromise," adding that "both sides in Washington must simply come together … and find solutions."

The Democrats' response? Pelosi called the offer "non-starter" even before Trump delivered his speech. Schumer declared it "one-sided and ineffective." That's ridiculous. Obviously, Trump's proposal is only an opening bid. But instead of making a counteroffer and negotiating in good faith, Democrats are demanding unconditional surrender. That extremism is playing politics with not only the lives of the DACA and TPS recipients, who would benefit under Trump's plan, but also the lives of the 800,000 federal government workers who are about to miss their second paycheck.

MARC THIESSEN: NANCY PELOSI ISN'T WORRIED ABOUT SECURITY. SHE'S LYING ABOUT THE STATE OF THE UNION 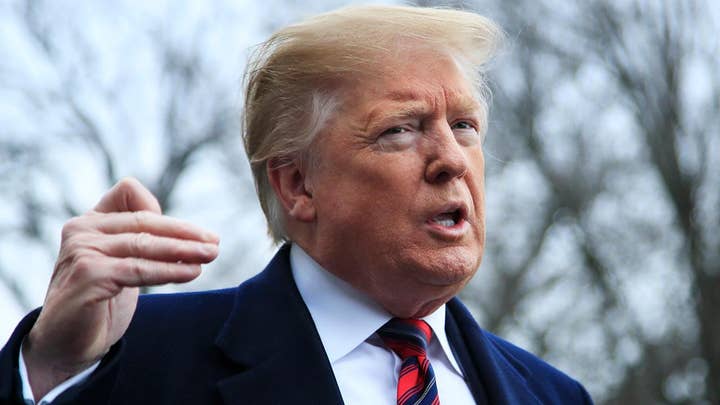 Trump is being the adult in the room. He has stopped talking about invoking a national emergency. He's showing flexibility on the definition of a wall, the number of miles, the amount of money -- and adding immigration sweeteners. To demonstrate his support for immigration, he even held a naturalization ceremony in the Oval Office to personally swear in new citizens from Iraq, Bolivia, Jamaica, the United Kingdom and South Korea, telling them "our whole nation embraces you with open arms and joyful hearts."

But it seems Democrats' objective is not to find a way out of the stalemate; it is to humiliate the president. Since Trump heeded Warner's advice, maybe the senator should go to his own leadership and tell them the same thing: The only way this standoff ends is with a win-win solution. Trump is willing to let Democrats claim victory, as long as he can, too.

Indeed, he is offering Democrats what should be a tantalizing possibility -- that a small deal on the wall now could pave the way to a big deal on immigration. As Trump said in his speech Saturday, "If we are successful in this effort, we will then have the best chance in a very long time at real, bipartisan immigration reform. And it won't stop here. It will keep going until we do it all."

Such a deal, Trump made clear, would include amnesty and a path to citizenship for millions of illegal immigrants. Indeed, Trump took heat from the right for his Saturday offer, with immigration restrictionists attacking him for supporting amnesty. Trump didn't flinch at the criticism. To the contrary, he declared, "Amnesty will be used only on a much bigger deal."

The Democrats' refusal to negotiate is self-defeating. Just as only Nixon could go to China, only Trump can cut an immigration deal with Democrats. Trump is willing to push back on the immigration hard-liners in his own party to make such a deal. By contrast, Pelosi and Schumer are pandering to their party's hard-liners. It is a pathetic display of political cowardice and opportunism. Their hatred for Trump is so all-consuming that they cannot bring themselves to accept his outstretched hand and make a deal that would give them many of their long-held immigration priorities.

They could have enacted comprehensive immigration reform when, under President Barack Obama, they had control of the White House, the House, and a 60-vote, filibuster-proof margin in the Senate. They failed to do it then, and they are failing to capitalize on this opportunity now. It increasingly appears that Democrats don't seem to want a solution; they want the issue.

While Democrats are genuflecting to their base, Trump is showing leadership. If Trump continues on this path, the American people will eventually come to realize it. Polls show that the vast majority of voters want both sides to compromise. On Saturday, Trump openly embraced compromise. The Democrats rejected it. Their position is irresponsible and unsustainable. Time is on the president's side.