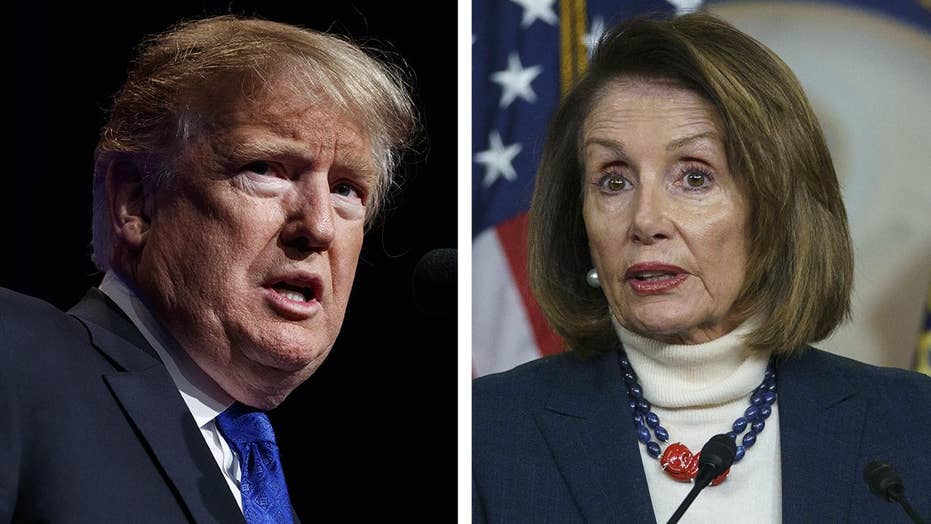 House Speaker Nancy Pelosi has written President Trump to suggest that he postpone his State of the Union address, citing her "security concerns" over the ability of the Secret Service and Department of Homeland Security to protect government officials during the shutdown.

With all due respect, that is fake news.

Pelosi isn't worried about security. She invited the president to deliver the State of the Union on Jan. 3, 13 days after the partial government shutdown began. She did not ask the Department of Homeland Security and the Secret Service before writing the president whether they had concerns about their ability to provide security. Indeed, Politico reports that a planning meeting with the Secret Service was scheduled for the day after Pelosi sent her letter, and subsequently canceled. If Pelosi had bothered to ask, Homeland Security Secretary Kirstjen Nielsen would have told her exactly what she said Wednesday on Twitter: "The Department of Homeland Security and the US Secret Service are fully prepared to support and secure the State of the Union."

Pelosi is using her faux security concerns as a pretext to do something unprecedented and outrageous: deny a president of the United States the opportunity to come to Congress and deliver his State of the Union address. Never in the history of our Republic has the House speaker invited, and then disinvited, a sitting president from addressing a joint session of Congress. Yet all those who constantly decry Trump for shattering of presidential norms seem to be perfectly fine when Pelosi is doing the norm shattering -- and lying about why she is doing it.

To the contrary, some have praised this is as a power move on Pelosi's part. No, it's not. Pelosi understands full well the power of a State of the Union address. Trump's first two addresses of a joint session drew 48 million and 46 million television viewers, respectively (plus millions more online). She knows that, if anything, the drama of Trump addressing Congress in the midst of the shutdown would likely increase interest. Trump has now twice demonstrated that he can use the venue effectively. So, Pelosi wants to stop him from speaking from the rostrum of the House of Representatives directly to tens of millions of Americans and calling her out for her refusal to compromise.

Never in the history of our Republic has the House speaker invited, and then disinvited, a sitting president from addressing a joint session of Congress. Yet all those who constantly decry Trump for shattering of presidential norms seem to be perfectly fine when Pelosi is doing the norm shattering -- and lying about why she is doing it.

If she follows through on this threat, it could backfire. Right now, Democrats are brimming with confidence because polls show that a majority of Americans blame Trump for the shutdown. But according to a recent Hill-HarrisX poll, 70 percent of Americans want both sides to compromise, including 61 percent of Republicans and 76 percent of Democrats. Right now, Trump is the only one talking compromise, while Democrats are demanding unilateral surrender. A few weeks ago, Trump sent Vice President Pence to Capitol Hill with an offer that cut his wall request from $5.7 billion to $2.5 billion. Pelosi said she would be willing to give him "one dollar." She probably thought it was funny. But to millions of voters, it came across as cocky and insensitive to the hundreds of thousands of federal workers affected by the shutdown.

Then, to add insult to injury, Democratic lawmakers took a junket to Puerto Rico on the very day that federal workers stop receiving their paychecks. They had time to sun themselves on the beach at an exclusive resort with more than 100 lobbyists and executives and hang out with the cast of "Hamilton," but they could not be bothered to accept Trump's invitation to meet with him at the White House on Tuesday to find a way out of the crisis.

And now Pelosi is threatening to cancel the State of the Union address -- a move that will be seen by many Americans as petty and vindictive. If Democrats continue with this cavalier attitude and refusal to negotiate, eventually public opinion will turn against them.

Trump should tell Pelosi that, while he appreciates her concerns, the Secret Service has assured him that they can handle security and that he plans to deliver his address in person, as scheduled. Let her withdraw the invitation. If she does, it will be a turning point in our nation's history -- a moment when the last vestiges of comity in Washington were destroyed. It may also be the moment when Americans finally realized that Pelosi cares more about hurting Trump than she does about finding a compromise solution and doing what is best for the country.