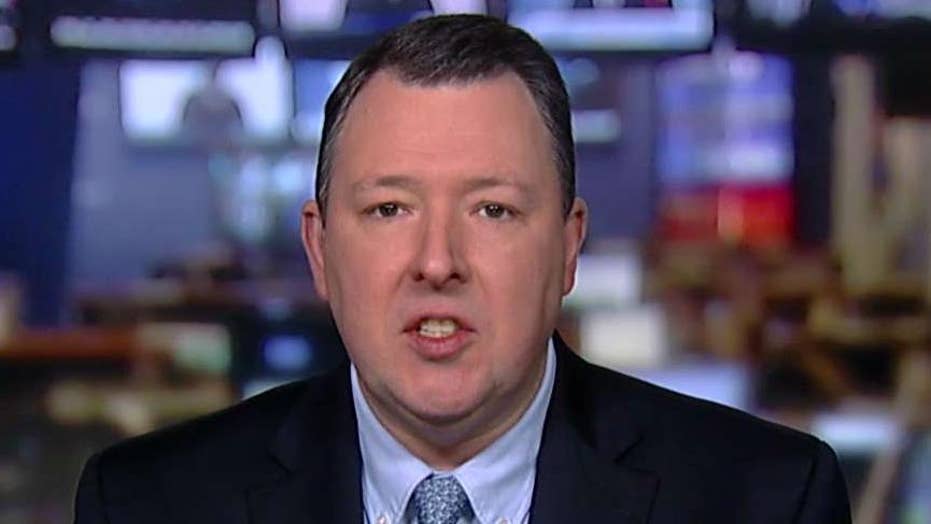 Marc Thiessen: Evils of socialism must be taught to young people

Thirty years after the fall of the Berlin Wall, the world has changed for the better in almost every respect. And yet, seven in 10 millennials say they would vote for a socialist candidate for president.

Thirty years after the fall of the Berlin Wall, the world has changed for the better in almost every respect.

Since 1989, the number of people living in democracies has nearly doubled from 2.3 billion to 4.1 billion – and now makes up more than half the people on Earth. Of those remaining in an autocracy, four out of five live in China.

Since 1989, the percentage of the world’s population that lives in extreme poverty has been cut in half from a 52 percent majority to just 21 percent. Even more astonishing, the Brookings Institution reported in September 2018 that “for the first time since agriculture-based civilization began 10,000 years ago, the majority of humankind … some 3.8 billion people, live in households with enough discretionary expenditure to be considered ‘middle class’ or ‘rich.’”

Today, compared to 1989, we have more freedom, better life expectancy, higher literacy, lower child mortality, less disease, and less hunger than at any time in human history. If you could choose any era in human history in which to be born and you did not pick today you would be insane.

This dramatic expansion of human freedom and prosperity was unleashed by two factors: First, the collapse of socialism that fell along with the Berlin Wall; and second, the expansion of democratic capitalism under the protection of America’s unquestioned military and economic might.

The United States and its allies first defeated National Socialism and then Soviet socialism, and in the wake of those victories freedom and free enterprise are transforming the world, lifting billions of people out of poverty and misery.

NEWT GINGRICH: 30 YEARS AGO, ONE INCREDIBLE EVENT CHANGED THE WORLD

And yet, a Gallup poll found that 58 percent of young Americans think that socialism would be a good thing for the country, while seven in 10 millennials said they would vote for a socialist candidate for president.

In an interview for our podcast, “What The Hell Is Going On?” Danielle Pletka and I asked U.S. Ambassador to Germany Richard A. Grenell why socialism seems to be having a resurgence three decades after the end of the Cold War.

“What's really interesting is that here in Europe, I think it's the opposite,” he told us. "There are young leaders coming on the scene, that are definitely not socialists and are capitalists and embracing capitalism in a big way.”

Grenell points out that German Chancellor Angela Merkel, who was born in East Germany, was recently asked what would have become of her if the wall had not fallen and the Soviet empire had not collapsed. “She flatly said, 'I'd be in the United States.'"

Grenell says that we need to educate a generation that has no lived experience of socialism about the evils of that system and the power of free enterprise.

“I think that we have a responsibility to tell the rest of the story, so to speak. Because you have to be able to show the end of socialism, what happens after you train a generation to just not embrace capitalism and not to embrace the hard work that goes with the idea that if you work hard, you can be better than your parents, you can have more, and you can have better. And I think that what we need to be able to do is tell the rest of the story.”