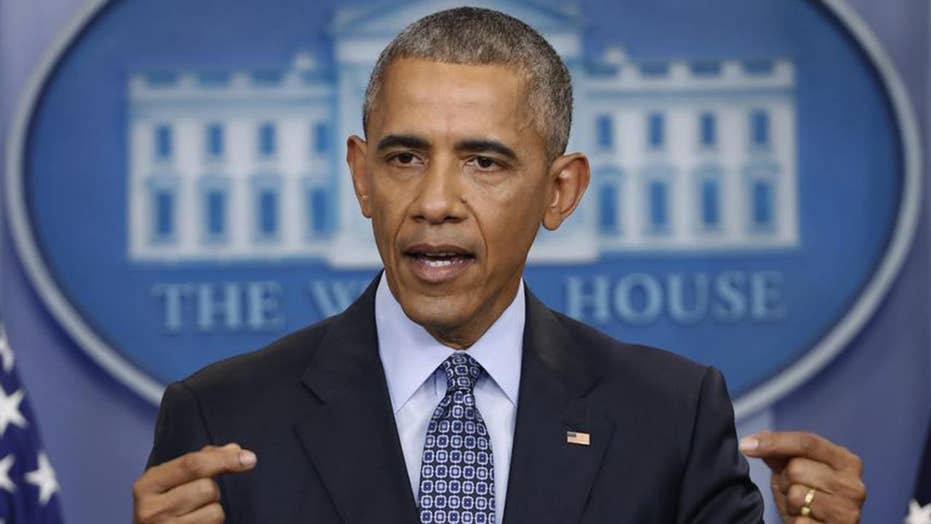 How the Obama administration misled the US on the Iran deal

WASHINGTON -- When it comes to the Iran nuclear deal, the Obama administration increasingly appears to have been a bottomless pit of deception.

First, President Barack Obama failed to disclose to Congress the existence of secret side deals on inspections when he transmitted the nuclear accord to Capitol Hill. (They were only uncovered by chance when then-Rep. Mike Pompeo, R-Kan., and Sen. Tom Cotton, R-Ark., learned about them during a meeting with International Atomic Energy Agency officials in Vienna.) Then, we learned that the Obama administration had secretly sent a plane to Tehran loaded with $400 million in Swiss francs, euros and other currencies on the same day Iran released four American hostages, which was followed by two more secret flights carrying another $1.3 billion in cash.

Now, in a bombshell revelation, Republicans on the Senate Permanent Subcommittee on Investigations, led by Sen. Rob Portman, R-Ohio, have revealed in a new report that the Obama administration secretly tried to help Iran use U.S. banks to convert $5.7 billion in Iranian assets, after promising Congress that Iran would not get access to the U.S. financial system -- and then lied to Congress about what it had done. (Full disclosure: My wife works for Portman).

In July 2015, Obama Treasury Secretary Jack Lew assured the Senate Foreign Relations Committee that, under the nuclear accord, Iran "will continue to be denied access to the [U.S.] financial and commercial market" and that "Iranian banks will not be able to clear U.S. dollars through New York, hold correspondent account relationships with U.S. financial institutions, or enter into financing arrangements with U.S. banks." A few weeks later, one of Lew's top deputies, Adam Szubin, used the exact same words in testimony to the Senate banking committee.

But Senate investigators found that on Feb. 24, 2016, the Obama Treasury Department "granted a specific license that authorized a conversion of Iranian assets worth billions of U.S. dollars using the U.S. financial system" -- exactly what Lew and Szubin said would not happen -- including unlimited future Iranian deposits at Bank Muscat in Oman until the license expired.

Not only that, Senate investigators found that officials from the Office of Foreign Assets Control (OFAC), which regulates U.S. banks' compliance with U.S. sanctions law, "encouraged two U.S. correspondent banks to convert the funds." The report says "both banks declined to complete the transaction due to compliance, reputational, and legal risks associated with doing business with Iran."

Then, after issuing the license, the Obama administration explicitly denied to Congress that it had done so. Lew and Szubin both failed to disclose the license in congressional testimony while continuing to assert that the Obama administration would not give Iran access to U.S. financial institutions -- when they had just tried to do so. And in a June 2016 letter to Sens. Marco Rubio, R-Fla., and Mark Kirk, R-Ill., Treasury officials declared "The U.S. Department of Treasury is not working on behalf of Iran to enable Iranian access to U.S. dollars elsewhere in the international financial system, nor are we assisting Iran in gaining access to dollar payment systems outside the U.S. financial system. The Administration has not been and is not planning to grant Iran access to the U.S. financial system." This was patently false.

Investigators also found internal State Department emails, in which officials admitted that the Obama administration had "exceeded our JCPOA commitments" by authorizing Iranian access to U.S. banks. Furthermore, the report reveals that the Obama administration put on more than 200 "roadshows" across the world where they encouraged foreign financial institutions to do business with Iran "as long as the rest of the world left the United States out of it." According to the report, during a roadshow in London, OFAC Director John Smith "downplayed the likelihood of any future penalties or fines," telling the audience "that 95 percent of the time OFAC sees an apparent violation it results in a simple warning letter or no enforcement action."

In other words, the Obama administration: (1) told Congress it would not allow Iran access to U.S. financial institutions; (2) issued a special license allowing Iran to do exactly that; (3) unsuccessfully pressured U.S. banks to help Iran; (4) lied to Congress and the American people about what it had done; (5) admitted in internal emails that these efforts "exceeded" U.S. obligations under the nuclear deal; (6) sent officials, including bank regulators, around the world to urge foreign financial institutions to do business with Iran; and (7) promised that they would get nothing more than a slap on the wrist for violating U.S. sanctions.

How bad is this? Remove the words "Obama" and "Iran" and replace them with "Trump" and "Russia" and imagine the outrage that would ensue over the same revelations. Democrats would be holding news conferences, and the story would be front-page news.

We hear a lot these days from the media about the danger of presidential lies. Well, when it comes to the Iran deal, the Obama administration took lying to new heights. And no, that's not Fake News.