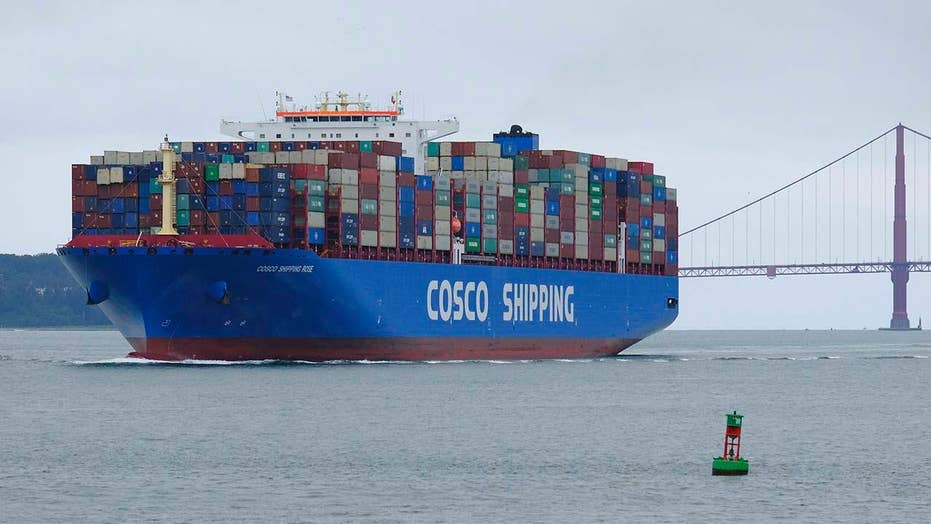 Before President Trump announced that he was imposing 25 percent tariffs on hundreds of billions of dollars' worth of Chinese goods, he got encouragement from an unlikely source: Sen. Charles Schumer, D-N.Y.

The Senate Democratic leader, who has little good to say about Trump most days, tweeted, "Hang tough on China, @realDonaldTrump. Don't back down. Strength is the only way to win with China."

That should have been a wake-up call for Beijing. When Chuck Schumer is tweeting support for Donald Trump, it's time to cut a deal.

But China didn't cut a deal -- and now it is paying a price. Those who suggest Trump started this trade war with China have it backward. Beijing has been waging economic warfare on the United States for years -- stealing our intellectual property, forcing our companies to transfer technology as a price of doing business in China and subsidizing state-owned enterprises to prevent U.S. businesses from competing in dozens of sectors of the Chinese economy.

TRUMP SAYS DEAL WITH CHINA WILL HAPPEN ‘WHEN THE TIME IS RIGHT,' US NEEDS TO 'MAKE UP' GROUND FIRST

The difference now is Chinese leaders are facing a president who is willing to fight back.

China apparently didn't think Trump would do so. The Wall Street Journal reports that Chinese negotiators believed they had leverage because Trump "was worried about the future course of the U.S. economy and therefore may be more eager to do a deal."

Big mistake. The U.S. economy is strong, unemployment is at the lowest level in five decades, and wages are rising. In fact, America's biggest economic problem is that we have more job openings than unemployed people to fill them.

Our economic strength against China's relative weakness gives Trump leverage in this standoff, and he is using it.

China's economy, by contrast, is in trouble. Last year, China reported its slowest economic growth since 1990, and the Financial Times reports that many experts "believe its official data understates the true extent of the slowdown."

While the United States has added about half a million manufacturing jobs since Trump took office, China's manufacturing sector is shedding jobs. And the Chinese population is aging rapidly as birthrates are falling, which means the workforce is becoming smaller and less productive.

Our economic strength against China's relative weakness gives Trump leverage in this standoff, and he is using it. Trump knows the United States can better withstand a trade war than China and that President Xi Jinping needs a deal more than he does.

Trump is wrong when he says tariffs are good for our economy because China is paying us "hundreds of billions of dollars" in tariff revenue -- money he can use to help farmers withstand the blow of lost sales to Beijing.

China is not paying the cost of tariffs. American businesses and consumers are paying. But the fact that Trump mistakenly believes tariffs are good for the economy should be a wake-up call for Beijing. He thinks he's in a win-win situation, and that means, in this game of chicken, Trump is not going to blink.

And while China is not paying the cost of the tariffs, their impact on U.S. consumers may not be as bad as some observers predict. As my American Enterprise Institute colleague Derek Scissors points out, our low rate of inflation neutralizes much of the costs of higher prices from tariffs, which will diminish over time.

"If the US places 25% tariffs on all Chinese imports and no substitution for those goods and services occurs, the additional cost would be $145 billion. That's a bit over one percent of 2018 consumer spending," Scissors writes, but "the cost will certainly not that be that high, because substitution will occur. And the cost will fall over time as more producers enter to replace Chinese."

In other words, our dynamic, growing, low-inflation economy can handle a trade war with China. That does not mean China will buckle easily. State ownership is the means by which the Communist Party directs the Chinese economy. Getting China to stop subsidizing large sectors of its economy, and to cease its theft of U.S. intellectual property, will be extremely difficult.

But Trump knows he has no chance of doing so by filing complaints with the World Trade Organization. He is right to take a hardline stance.

It's much easier to question the wisdom of launching trade wars with allies such as Canada and the European Union. But we should all be able to agree that China is an economic predator against which we need to fight back.

Trump is using tariffs to force China to open its markets to free trade and competition. Every American should be standing behind the president as he does so – just like Chuck Schumer.