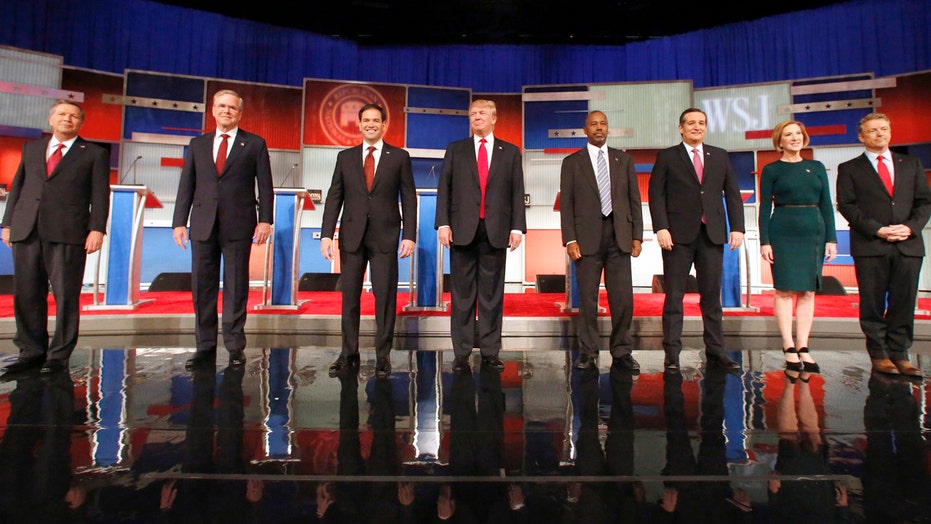 What candidates did right, wrong in GOP debate

Tuesday night, we gathered 27 GOP primary voters from Nashua, New Hampshire to watch – and dial – the fourth Republican presidential debate.  Just like we saw in our Iowa session for the CNBC debate, the candidates effectively swayed voters and their performances changed minds.

But unlike Iowa, one candidate walked away a clear and convincing winner:  Marco Rubio.

Why?  According to our voters, “He showed leadership … He showed energy and charisma … He offered specific plans …” And he had one of the most memorable lines of the night when he defended welders over philosophers.

Our voters liked most of what they heard from most of the candidates.  But there were specific moments from specific candidates that they disliked.

Governor Kasich scored the lowest we’ve ever measured in a primary debate when he backed the big bank bailouts. When he added that he would “separate those people who could afford it,” our voters exploded.

For the first time since we started testing debates in 1996, allow me to lay out the six strategies, techniques, and tactics that Republicans candidates shouldn’t do:

1. Don’t violate Reagan’s 11th Commandment, Rand Paul went after Marco Rubio’s tax plan (calling part of it “a welfare transfer payment”) and his record on military spending (“Marco’s plan for a trillion dollars in new military spending [is] not very conservative”). And he paid the price with a harshly negative backlash from our voters.

Bobby Jindal was intensely disliked by our participants in the first debate because every other response had a direct attack against a fellow Republican.

Lesson: It’s OK to respond to an attack -- but not start one.

2. Don’t forget that Hillary Clinton is the real opponent – and Barack Obama is a close second.

Jeb Bush had one of the best responses of the night when he went after President Obama’s record … “We need to repeal every rule Obama has…”  Cruz did even better when he went after Hillary Clinton for being “the embodiment of cronyism in Washington.”

Chris Christie attacked Clinton in the first debate more than the other three candidates combined, and it’s why 25 of our 27 participants want him back in the main debates.

When Donald Trump chastises someone for interrupting (“You should let Jeb speak”), you know he’s getting better as a candidate.

Conversely, John Kasich couldn’t help himself – interrupting, interjecting, intruding, or worse.  According to our voters, he was “rude . . . pushy . . . he just butted in . . . he seemed very desperate.”  It got so bad for Kasich that after his second interruption in ten minutes, the dials nosedived every other time he spoke.

Message to candidates: you get one chance to interrupt – wait until it really matters.

4. Don’t spent too much time telling voter stories – especially your own story.

Yes, voters want candidates to empathize with the struggle of hardworking taxpayers, but they’re even more concerned about how the candidates will help them.

When Carly Fiorina talked about a mother she met and about her life at H.P. … when Jeb Bush spent too much time talking about a small business owner … the dials collapsed.

The message: get to the point. Voters wanted more policy and less personal, more substance and less style.

They all do it, but voters don’t like it.  And they don’t care whom you brought with you to the debate or how much you like the location or the hosts.

6. Don’t defend bailouts.  OK, the other “don’ts” are about style and technique, but we have to include one item of substance.

Governor Kasich scored the lowest we’ve ever measured in a primary debate when he backed the big bank bailouts.  When he added that he would “separate those people who could afford it,” our voters exploded.  Jeers, catcalls, even profanity…it was a complete rejection not just of his position but of his candidacy.

The thought that Washington would means test a bailout is absolute poison in a GOP primary.

Frank Luntz is a pollster and political consultant. He is founder and president of LuntzGlobal and a Fox News contributor.