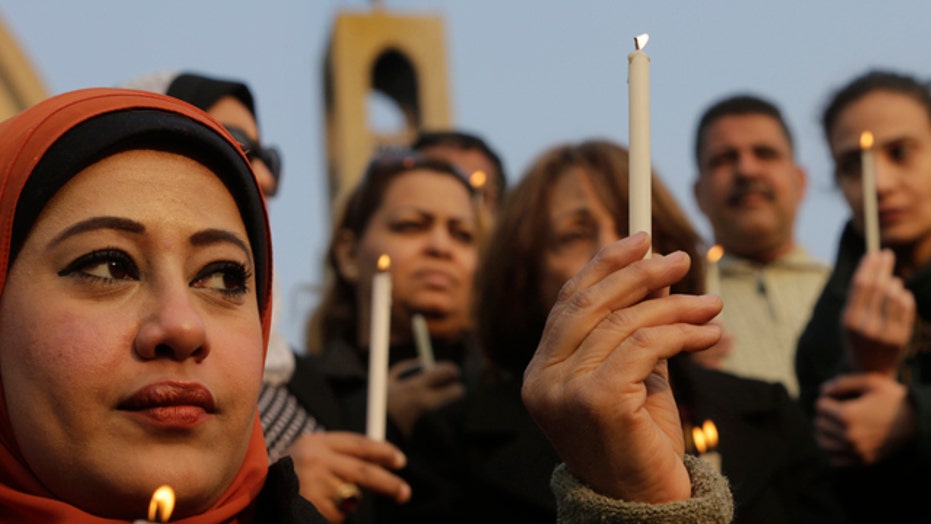 Former U.S. Rep. Frank Wolf is frustrated at how religious persecution is thriving in the Middle East while the West seems not to heed his or anyone else's warnings. It's one of the reasons the Republican finally left Congress last month after representing Virginia's 10th District for nearly 35 years.

Since leaving politics, Wolf has co-founded the religious freedom group, 21st Century Wilberforce Initiative, which recently released a disturbing report about the plight of Christians and their faith in the Middle East called "The Edge of Extinction." The report paints a dire picture to which Wolf is desperately calling attention.

"We are ready to see the end of Christianity in a region where Christianity began," Wolf said in an interview on Foxnews.com's Spirited Debate. "We literally see the Christian community gone from 1.5 million to roughly 300,000."

A delegation from the Wilberforce Initiative traveled to Iraq on a fact-finding mission, coming within less than two miles of the ISIS frontlines. The group heard refugees' stories of death, destruction and flight for their lives. But what haunts Wolf most is the question he heard over and over from Christians, Yizidis and other religious minorities.

Wolf grieves that the biblical land of Abraham, Daniel and Esther, where the Twelve Tribes of Israel lived for 20 years, is now in the grip of ISIS, which is bent on ridding the land of its rich Christian heritage.

Wolf wants the world to understand that the recent beheadings of 21 Coptic Christians in Libya was not an aberration, but part of a continuing regional spread of Islamic extremism. He and other advocates are angry that, in that case, as well as other atrocities committed in Syria and Iraq, the Obama administration resists references to the faith of either the Islamic State militants or the victims of their religious persecution.

"The New York Times called it the beheading of Christians, the Guardian called it that way," Wolf said. "[But] the White House said just 21 Egyptians."

The other lingering problem for Copts, said Vessey, is that they live as second-class citizens in Egypt. They are the "ancient indigenous Christians of Egypt in the time if St. Mark who brought the Gospel (of Jesus) to Egypt." But she said they endure systematic persecution in their lives because they are a minority in the Middle East.

While in Congress, Wolf introduced the bill for the creation of a Special Envoy for Religious Freedom, who would be an advocate for religious minorities like the Coptics in the Middle East. The bill finally passed last October, but as of yet no Special Envoy has been  chosen. The position is still open.

Wolf said the U.S. should be authorizing funding for groups like the Peshmerga, the Kurdish military with boots on the ground fighting ISIS, as well as funding for the Nineveh Protection Unit, a Christian militia operating as a national guard of sorts to defend their own villages.

Wolf plans to make good use of his new organization in the months leading up to the 2016 presidential election, pushing the issue of religious persecution.

"We're going to make this a pressing issue for 2016 election," he said, "so that every candidate should be able to articulate the issues and problems surrounding religious freedom, and most importantly, the solutions."