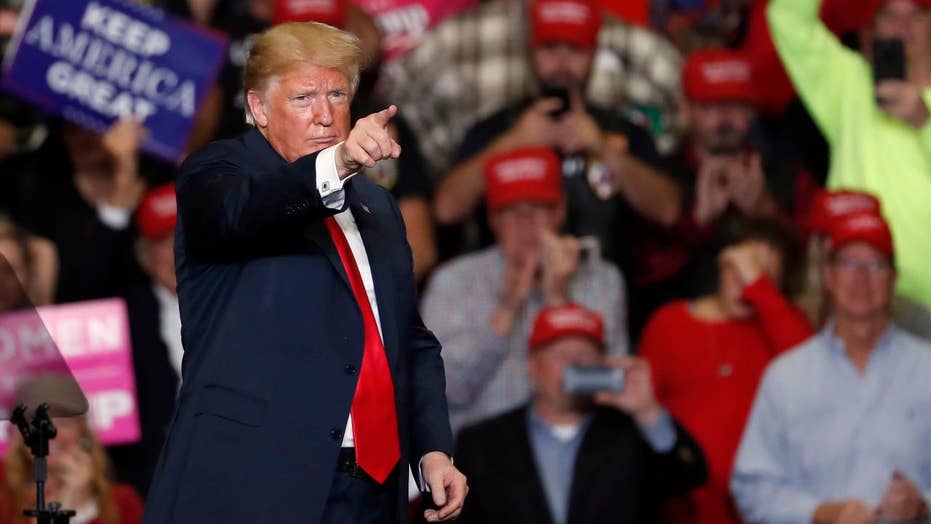 A 'Blue Wave' it wasn’t; a blue ripple, at most. Despite spending over one billion dollars, more money than ever before for a midterm election, and even though they were confident of crushing a historically unpopular president, Democrats appear to have mustered only a slim majority in the House, while not even coming close to taking over the Senate. Their win in the House seems at best to have been in line with historical averages; they had expected more.

Admittedly, Democrats had a tough map to defend, including 10 Senate seats in states won decisively by President Trump in 2016. Nonetheless, from Texas to Indiana to Florida to Missouri to Tennessee, they spent big in hopes the Resistance would blast through the Red Wall of the Senate, only to find that President Trump’s supporters stood by their man.

At the same time, Republicans had their challenges, too. They needed to win almost all of the 25 seats they held in districts that had gone for Hillary Clinton in 2016. Democrats only needed to flip 23 seats to take control of the House; that they did.

As the early results filtered in, seeming to favor Democrats, commentators argued that President Trump should have stuck to speaking about the economy, that he made a mistake in backing Ron DeSantis in the Florida primary for governor (DeSantis won), that his belligerent approach to the migrant caravan was sure to cost Republicans important seats. To hear them tell it, he did everything wrong.

They suggested that the president had erred in making the race all about him. He, in effect, had put himself on the ballot. But President Trump didn’t do that; Democrats did. From the moment he was elected in 2016, the left made him the focus of their campaigns. Democrats didn’t have an economic platform, they had anti-Trump fever, and they thought that was enough.

Certainly, some of their backers thought it was enough. Party activist and billionaire Tom Steyer coughed up millions of dollars to give those Democratic candidates who promised to help impeach President Trump. That was his sole ambition.

And yet, once again his critics underestimated President Trump. Yes, Republicans lost the House. But keeping the Senate was far more important to the ongoing rebalancing of our nation’s courts and to keep a check on Democrats in the House. It also is a bulwark against impeachment.

At the end of the day, it can be safely concluded that without the president’s indefatigable efforts on the campaign trail, without those huge rallies in 11 states in the last 8 days, the GOP might well not have held the Senate. He stirred up the base, warning that the thousands marching north from Central America would storm our border, and pushed them to vote. Would they have shown up at the voting booth just to celebrate declining unemployment and rising pay? Doubtful.

Exit polls revealed that health care was the number one issue for 41 percent of voters. Thanks to former Senator John McCain, the Republicans had fumbled the ball on health care, and Democrats were smart to pounce on the vulnerability.

The number two issue was immigration, topping the economy by 23 percent to 21 percent. Was immigration a top concern because Trump made it so? Perhaps, but it was a stronger closing argument than job creation. People are more likely to vote out of anger than gratitude.

The key Senate races had shifted back in forth several times. After the revolting Kavanaugh spectacle, polls had moved in favor of Republicans, but then came the pipe bombs directed at Democrats across the country, and the horrific mass shooting of Jews at the Tree of Life Synagogue. Those incidents stalled the GOP surge as commentators and Democrats blamed President Trump for raising the temperature of our political discourse. The polls widened again, in favor of Democrats.

Then Trump hit the campaign trail, reminding his voters of the economic progress we have made in these past two years, of the conservative judges placed on the Supreme Court and lesser courts across the country, of the rollback of stifling regulations, of progress in negotiating with North Korea, his hardened stance against Iran and against China’s ongoing theft of America’s intellectual property.

Though critics scoff, the Trump White House has accomplished much, and his voters have cheered every step of the way.

In the closing days of the campaign, the polls again moved narrowly in favor of several GOP Senate candidates, especially those who had rallied with Trump.

In the final days, much was made about the energy in both parties. Enthusiasm for voting hit record levels for a midterm contest; pundits assumed that would drive turnout for voters on both sides who might otherwise have stayed home. But, they also concluded that it would especially boost Democrats since portions of their coalitions (like young people and minorities) cannot be counted on to show up.

We do not have all the data yet, but judging from the long lines of people waiting to vote on Tuesday turnout was indeed high. In the end, though, that may have favored Republicans in key races since often the party in the White House suffers from complacency. And it is likely that all those rallies helped.

In 2010, the Tea Party, outraged that ObamaCare had passed with not one Republican vote, also targeted an incumbent president.  In that contest, President Obama’s party lost six seats in the Senate and 63 seats in the House, the worst outcome in modern times.

By contrast, it looks like President Trump had a pretty good night.