When will Hispanics realize they are being played by Democrats? When will they understand that for all their sanctimonious promises, Democrats have no intention of resolving the plight of the Dreamers, or of fixing our broken immigration system?

Maybe they already have. Hispanic approval of President Trump is soaring, to the alarm of Democrats who take those voters for granted.  It’s about time.

EL PASO, TEXAS MAYOR: WE'RE DEALING WITH A HUMANITARIAN, ECONOMIC AND ENVIRONMENTAL CRISIS AT THE BORDER

President Trump recently rolled out the outlines of a new, sane, immigration policy. Nancy Pelosi called the proposals “dead on arrival” because the fate of DACA recipients – the Dreamers – was not included. That was clearly an intentional omission, presumably meant to invite a counter-proposal; why doesn’t the House Speaker make one? Why doesn’t she offer a compromise which trades resolution of the Dreamer issue for some of Trump’s popular measures redrawing immigration requirements? Isn’t that how governing is supposed to work?

That is not how resistant Democrats work, especially on immigration. They would rather leave the issue unresolved, a festering sore that upends the lives of people stuck in DACA limbo, and leaves our southern border in chaos.

Democrats will not let go of a wedge issue that helped President Obama win reelection in 2012. Attracting 71 percent of the Hispanic vote that year was critical, especially in key states like Colorado, Nevada, and Florida. Hispanics are the fastest-growing minority in the U.S. In 2012 they represented 10 percent of the electorate; in 2020, they will account for 13.3 percent, according to Pew.

How did Obama rack up such enthusiasm among Latinos in his second campaign? By promising immigration reform. Again. He had vowed to tackle the issue when first elected, but spent his political capital instead on ObamaCare, even as Democrats held a majority of both houses of Congress.

Not since Lucy snookered Charlie Brown with that infernal football has there been such a cruel tease.

Approaching the 2012 election, Hispanics were angry that Obama had not prioritized immigration reform and furious at the president’s aggressive deportation program. In his first three years in office, Obama ordered the removal of 1.1 million undocumented people, the most under any president since the 1950s.

The United States needs immigrants, and polling indicates that most Americans welcome workers from abroad.

Alarmed that his Hispanic support was fading, Obama announced his DACA program just months before the 2012 election. The New York Times reported at the time, “…the president’s move was a clear play for a crucial voting bloc in states that will decide whether he gets another term.”  It worked.

Hillary Clinton did not do as well with the Latino community as Obama, but still drew 66 percent of Hispanic votes.

Imagine the alarm bells ringing now amongst Democrats as polls show President Trump’s approval climbing among Hispanics. Three recent surveys have put him north of 40 percent. The liberal media, which has doggedly portrayed the president as racist and his immigration policies as especially harmful to Hispanics, is appalled. But no one should be surprised.

While Democrats court Latinos with ever-more liberal immigration and border policies, Pew Research has shown the number one issue for Hispanics, as for most voters, is the economy.

Trump has delivered a booming jobs market and rising pay, leading to record-high consumer sentiment. Hispanic unemployment in April dropped to 4.2 percent, the lowest ever recorded, and wages have grown faster for Latinos than for any other ethnic group.

It is also true that the Hispanic community, which is more than two-thirds Catholic or Evangelical, is more conservative on social issues than today’s Democrats. As candidates in the upcoming election are pressed by Trump to defend late-term abortion, for instance, they may lose Hispanic voters. 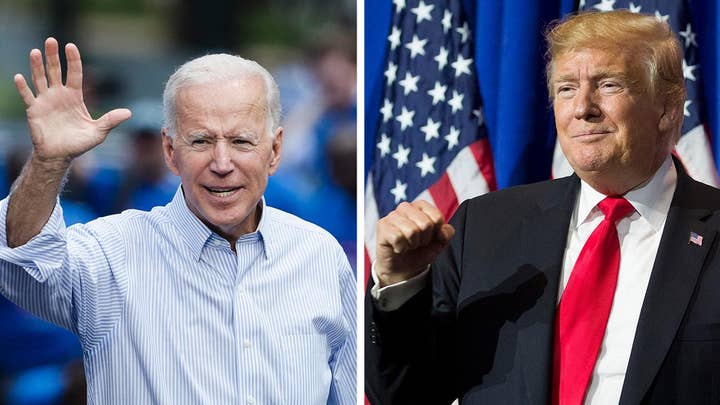 But it is on immigration that Democrats may be moving in the wrong direction. Polling done last year showed 63 percent of the country approving of a deal such as that outlined by Trump this week: trading permanent protection for Dreamers in exchange for merit-based immigration, ending the diversity lottery and limiting “chain” migration.  Some 61 percent of Hispanics favored that outcome. In particular, 84 percent of voters (and 83 percent of Hispanics) “think immigration priority for those coming to the United States should be based on a person’s ability to contribute to America as measured by their education and skills.” More than two-thirds of the nation opposes the diversity lottery.

The United States needs immigrants, and polling indicates that most Americans welcome workers from abroad. We currently have 1.3 million unfilled jobs; surveys show finding competent workers is the number one challenge for companies today. Instead of randomly opening our doors, it makes sense to prioritize those who can fill some of those jobs and immediately contribute to the growth and prosperity of the country.

Also, our birth rate has tumbled to a 32-year low. That drop suggests a worrisome decline in our future workforce and trouble for Social Security. As soon as next year, for the first time since 1982 according to the trustee’s just-released annual report, the cost of the nation’s most important benefits program will exceed its revenues; consequently, Social Security’s trust fund will run out of money in 2035. The projections assume that the long-term total fertility rate (TFR) will return to “an average level of 2.0.” The most recent data put the TFR at 1.76. That disparity is significant and means fewer workers over time struggling to support a growing body of retirees.

That has occurred in Japan, in part because that nation has historically discouraged immigration. We must not make the same mistake.

We need smarter and more productive immigration policies, and to fix the Dreamer nightmare. Hispanics could make that happen – by forcing Democrats to the table. They need to demand that Democrats earn their support, not take it for granted.