Democratic strategists Kevin Chavous and Christian Hanley weigh in on the field of 2020 Democratic presidential hopefuls.

Cory Booker is no Spartacus. He doesn’t even have the guts, nor does any other Democrat competing for black voters in South Carolina, to push the one thing that could narrow the gap between blacks and whites: shaking up our public schools. They all know our broken urban schools are holding back black and brown kids, but they’re too scared of the rich and powerful teachers unions to advocate for change.

Booker, though, deserves special mention because, as mayor of Newark, Booker did something big – he made that city’s school system much, much better.

Emboldened by a $100 million gift from Mark Zuckerberg, for which he found matching funds, Booker confronted the teachers unions and drove real reforms including, importantly, the introduction of charter schools. Charters now educate a third of Newark’s kids; some 60 percent of the students in those charters are proficient in English, compared to only 35 percent in the regular public schools. In math, too, kids in charters score much higher – 48 percent compared to 26 percent make the cut. Graduation rates are up to 76 percent from 61 percent in 2011.

CORY BOOKER SAYS TRUMP'S OUT TO MAKE 2020 ABOUT HATE

Booker knows charters work; he even founded an organization called Excellent Education for Everyone in 1998 that endorses charter schools. Everyone knows.

Sadly, Booker has abandoned his commitment to better schools. Today, he’s just another Democratic politician angling for black votes by promising the moon: free college, free health care, higher minimum wage, a restrained police force, and now, reparations – an idea that is toxic to most Americans.

It is beyond astonishing that with two dozen Democratic candidates vying to run for president in 2020, not a single one will challenge the status quo in our cities’ public schools. A status quo that is protected by the unions and that guarantees black and brown kids will never catch up.

The hypocrisy is appalling. Elizabeth Warren and Bernie Sanders talk about closing the racial “wealth gap” but they ignore the real divide, which is quality of education, the single most important feature in creating that gap. Like Booker, Warren used to advocate for school choice, before she became a politician and a lackey to the teachers unions.

It is beyond astonishing that with two Democratic candidates vying to run in 2020, not a single one will challenge the status quo in our cities’ public schools. A status quo that is protected by the unions and that guarantees black and brown kids will never catch up.

Last week, several prominent Democrat candidates flocked to South Carolina, a state where more than 60 percent of Democratic primary voters are black. They joined in a forum preceding the state convention held this past weekend, which attracted nearly everyone running to replace Donald Trump.

They came bearing gifts, including promises to end the discrimination that, according to Elizabeth Warren, “was actually fostered by the United States government.” Warren promised that if she were elected, her administration would create a small business equity fund, which would make $7 billion available to minority entrepreneurs.

How can black Americans become entrepreneurs if they don’t know basic mathematics? 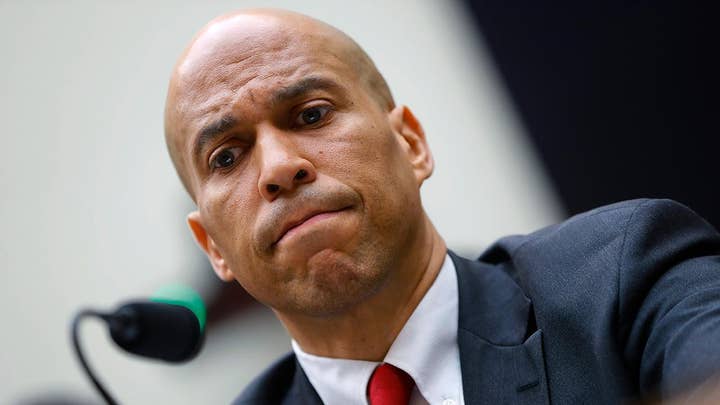 Last week, African-Americans in another state confronted their own failed school. The residents of Benton Harbor, Michigan, were outraged when the state’s newly-elected Democratic governor announced they must close their beloved local high school, or risk losing funding for their entire school district. The town, which is 86 percent black, had voted enthusiastically for Gretchen Whitmer, who campaigned on beefing up the state’s public schools and bringing investment to towns like beleaguered Benton Harbor.

Officials for the former manufacturing hub decried the ultimatum, which they declared racist. The townspeople were furious, especially at Whitmer.

But few could defend the high school’s record. Only 3 percent of the kids are proficient in math, and a mere 9 percent meet the standard for reading.  As reported in the New York Times, “fewer than three high school juniors have been deemed ‘college-ready’ in each of the last five years.” For the record, there are 613 students enrolled this year. Further, according to U.S. News and World Report rankings, only 1 percent took “at least one” AP exams, and 0 percent passed those exams. Imagine that.

And yet, Benton Harbors’ graduation rate is 79 percent. How can those “graduates” provide for themselves? How can they learn a useful trade or profession? With that kind of education, they cannot.

In 2016, the American Federation of Teachers and National Education Association spent $32 million on campaigns, 94 percent going to Democrats.  Nobody is going to bite that hand.

Benton Harbor is not unique. In Baltimore, one survey showed that in 13 mostly black high schools, not one kid was proficient in math. This is a disgrace.

Instead of talking up reparations, a controversial program they know is unlikely to move forward, why doesn’t just one Democrat running for president campaign on school choice? That would certainly distinguish him or her from the pack.

We know the answer: the millions spent by the teachers unions to support Democrats each campaign cycle. In 2016, the American Federation of Teachers and National Education Association spent $32 million on campaigns, with 94 percent of the money going to Democrats. Union members also supply a gigantic and priceless get-out-the-vote effort.

Nobody is going to bite that hand.

Especially not Cory Booker, who has slipped in the polls over the past several months, unable to muster much enthusiasm, even among blacks. Maybe voters don’t think him authentic now that he's running for president. Judging from his position on education, they would be right.

Democrats address the racial disparity in our education system by promising to throw money at our schools. But the U.S. already spends 30 percent more per pupil than the average OECD country. The money is not the problem; those promises are just more pandering to the unions.

Millions of teachers work hard and do their best, but chafe against union rules protecting mediocrity. They need help, but good luck trying to get it from Democrats.

In 2016, President Trump sought the support of black voters, asking, “What have you got to lose?” With black unemployment at historic lows and wages rising thanks to the pro-business policies of this White House, the answer is: a lot. Including, if the Democrats have their way, any shot at turning around our failing schools.