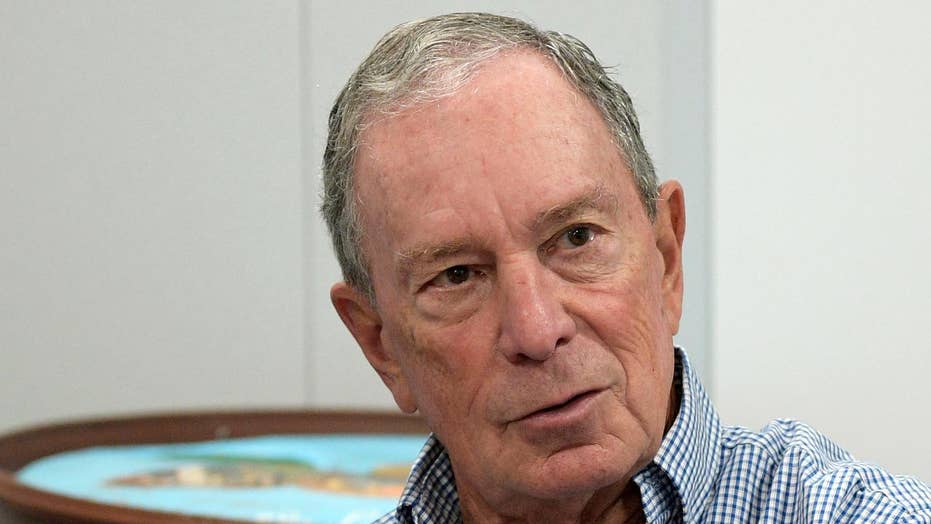 Mike Bloomberg wants to save the Democrat Party from itself. He may be too late.

Over the past year, the former New York mayor has grumbled about his newly adopted party’s hard left turn; as a pragmatic pro-business politician and self-made billionaire, he is clearly far removed from the anti-rich progressive panaceas being promoted by Sens. Elizabeth Warren and Bernie Sanders. If he enters the race, his policies will presumably mimic those that guided his leadership of New York.

His success as mayor is his strongest credential for running, and it is a good one. New York is a large, messy city with an antiquated infrastructure, a large indigent population and, in the wake of the Great Recession, a worrisome dependence on the financial industries. It is no picnic to manage.

Most New Yorkers laud the former mayor for continuing Rudy Giuliani’s success in keeping the Big Apple safe, and also for building up and diversifying the city’s economy. He attracted significant investments from other industries including, for instance, Big Tech.

Overall, the city thrived under his leadership.

(It is also true that the Bloomberg legacy has been burnished by the utter incompetence of his successor, Bill de Blasio.)

Unhappily for Bloomberg, success in managing New York in the 2000s does not mean he will win the Democrat primary in 2019. Though liberals love him for being a climate zealot and a determined advocate for gun control, his likely entry has already occasioned a blizzard of condemnation from potential rivals and the media.

Bloomberg’s problem is that by the “woke” standards of today, his pragmatic no-nonsense approach to governing is at odds with the party he has chosen.  His dedication to law and order, and especially his condoning of “stop and frisk” police tactics, puts him at odds with those advocating social justice reform. His understanding of the need to keep high-income taxpayers in the city, to fund the many programs important to those less well off, subjects him to charges of cosseting the rich.

It is, in particular, Bloomberg’s financial success that raises the hackles of so many in his party and the press.

Sanders responded to the mayor’s potential campaign at a rally recently, saying, “So tonight we say to Michael Bloomberg and other billionaires: Sorry, you ain’t going to buy this election.”

The shortcomings of others in the race may crack the door open for a well-financed Bloomberg to win the primary. But the chance that a white 77-year-old billionaire can excite and unite the Democrat party in 2020 seems remote.

Elizabeth Warren and progressive Congresswoman Alexandria Ocasio-Cortes ridiculed a call made to Bloomberg from Amazon’s Jeff Bezos asking him to run. Ocasio-Cortez described the conversation as “class solidarity.”

This is today’s Democrat Party: resentful of success and hostile to businesses. While Bloomberg actively worked as mayor to attract new industries to New York, AOC played a role in driving away Amazon, which had promised to create 25,000 new jobs. This is a schism that perhaps no candidate can bridge.

Warren and others are incensed that Bloomberg, if he enters the race, can and will spend what it takes to win the nomination. Because he may take the unusual path of skipping the first four voting states, many expect Bloomberg to blanket subsequent primary states like California with advertising. They are afraid that he will reveal the warts of their impossible programs and flimsy math. He will be able to destroy the faulty premises underlying, for example, Warren’s widely ridiculed “Medicare-for-all“ plan.

Clobbering Warren and her progressive pitch doesn’t guarantee success for Bloomberg. But it will surely boost the chances of a centrist winning the nomination.

The timing of his possible entrance is not surprising. It follows stronger polling and better fund-raising for the Warren campaign, and a fall-off in those indicators of success for Joe Biden. The former vice president ended the period with much less money in the till than Sanders and Warren.

Bloomberg’s move may also have been spurred by a substantial move up the leaderboard by Pete Buttigieg.

Like many Democrats, Bloomberg desperately wants to beat Donald Trump in 2020. At the moment, it is not clear the top contenders have a shot. Recent polls show odds-on favorite Warren trailing the president in key battleground states.

Meanwhile, the surging candidacy of Buttagieg also raises red flags. Those centrists concerned that Biden is too shaky to make it across the finish line have turned to the South Bend mayor.

But some question whether a 37-year-old small town mayor is too young and inexperienced to win. The only time he has run for a statewide office – Indiana state treasurer in 2010, he lost. Also, Mayor Pete has little support from key Democrat constituencies like blacks and Hispanics. Rival Steve Bullock, governor of Montana, summed up Buttigieg’s weak political resume: “He got 9,000 votes in a college town that last voted for a Republican in 1964.”

Given the choice, centrists will rally around Bloomberg, not Buttigieg.

The shortcomings of others in the race may crack the door open for a well-financed Bloomberg to win the primary. But the chance that a white 77-year-old billionaire can excite and unite the Democrat party in 2020 seems remote. Almost 40 percent of primary voters support progressives Warren and Sanders; it is inconceivable that those folks, who applaud those candidates’ demonization of wealthy Americans and large corporations, will turn out for Bloomberg.

A new Morning Consult poll finds that Bloomberg is currently the top choice of only 4 percent of Democrats nationally, but it is early days yet. More worrisome for him is that his low standing coincides with broad name recognition, and that “a quarter of likely Democratic primary voters [express] unfavorable views of him — higher than any of the 15 candidates currently in the race.”

That’s not much gratitude for someone who spent $100 million to help Democrats flip the House in 2018. Bloomberg may soon test whether money can buy you love.