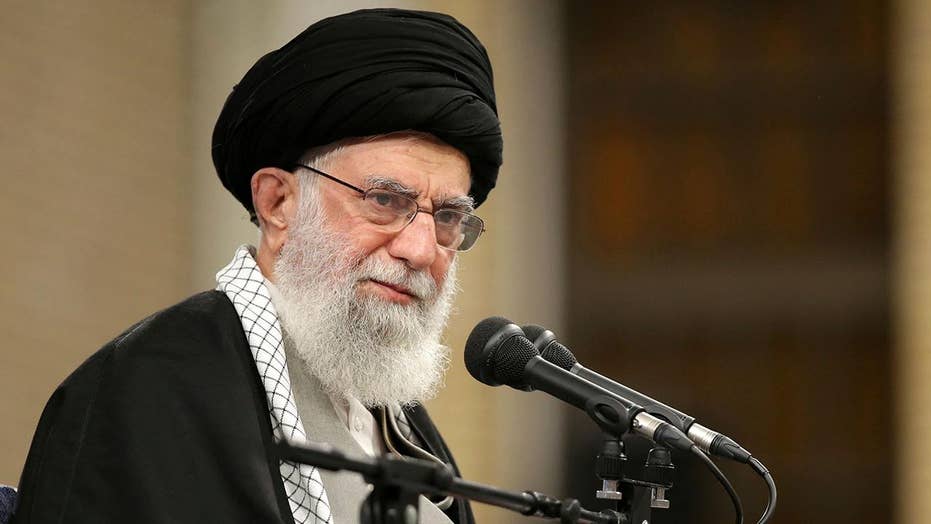 Plus, the 'Special Report' All-Stars play Candidate Casino and name their winners and losers of the week.

The enemy of your enemy is not necessarily your friend. Politicians forget this fact.

Right now, for example, politicians in Congress concentrate their time and attention upon articles of impeachment that call President Trump “a threat to national security.”

Meanwhile, Trump actively defends the United States against a real threat to national security: the Islamic Republic of Iran.

Between Trump and Iran, the president’s opponents seem to think Trump is the worse enemy.

Sen. Amy Klobuchar, for example, accuses Trump of “taking us pell-mell toward another war.”

She joins other politicians who accuse Trump of “escalating” conflict with Iran. They fault Trump for two decisions, in particular: withdrawing the United States from the Iran nuclear deal in 2018; and killing Iran’s top general, Qassem Soleimani, in a targeted drone strike on Jan. 3, 2020.

These politicians are blaming the victim, and their accusations are false. In fact, Trump's response to Iranian aggression has been necessary and proportional: not escalatory.

Recall that Iran has been waging war against the United States since 1979: long before Donald Trump won the presidency.

Almost immediately after the Islamic Republic was founded, it invaded the American embassy in Tehran and captured 98 hostages. Since then, Iran has routinely committed armed attacks against the United States and its allies. For example, Iran plotted to bomb a restaurant in Washington, D.C., in an attack that would have assassinated the Saudi ambassador and massacred 100–150 American civilians. Iran even helped Al Qaeda bomb the U.S. embassies in Kenya and Tanzania, murdering hundreds of innocents.

Now imagine all this plus nuclear weapons.

Former South Bend, Ind. Mayor Pete Buttigieg said Iran is likelier to build nuclear weapons because Trump “gutted” the Iranian nuclear deal. Yet the Iranian nuclear deal was gutless to begin with. It did not require Iran to abandon its decades-long terror campaign against the United States and its allies. Moreover, because the deal sunsets in 2025, it was designed to merely postpone Iran's nuclear weaponry, not prevent it.

In other words, the deal let Iran keep its terror and have nukes, too. Trump rightly rejected it.

The goal of the nuclear deal was to charm Iran into thinking the commercial benefits of trade exceed the strategic benefits of a nuclear arsenal. So the deal paid Iran up to $150 billion — and lifted trade sanctions, allowing Iran to make even more money — in exchange for Iran’s promise to curb its nuclear development and submit to international inspections. But after the deal was signed, Iran broke the deal, anyway, violating rules governing nuclear centrifuges, international inspections, chemical production, and weapons technology.

To understand why Iran did that, follow the money.

First, by paying Iran and lifting pre-existing trade sanctions at the outset, the deal gave away Iran's incentive to follow through on its promises: why buy the cow after you got the milk for free?

Second, by granting billions of dollars to Iran that were initially seized to enforce pre-existing nuclear sanctions — instead of making Iran forfeit this money — the deal gave Iran a get-out-of-sanctions-free card. This signaled to Iran and other nuclear proliferators — including Iran’s partner, North Korea — that illegally pursuing nuclear weapons is a win/break-even proposition instead of a risky business.

Third, because positive trade relations enrich everyone, Iran was confident that, once it violated the deal, other countries would be unlikely to punish it. Losing business hurts everyone, not just the bad guys in Tehran. 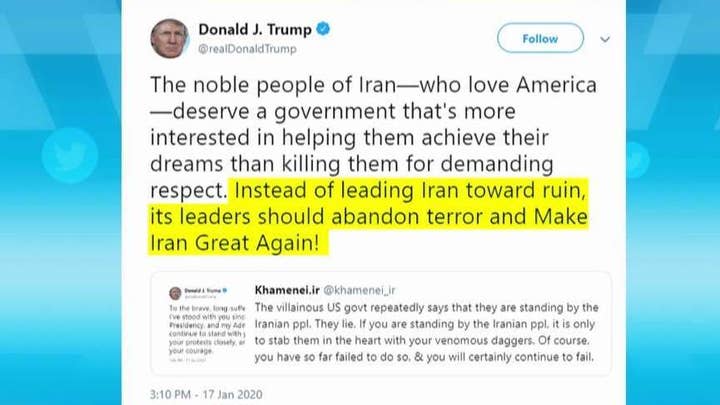 If withdrawing from the Iranian nuclear deal is an escalation that causes Iran to double-down on terrorism and nuclear armament, then there was never a deal to begin with: it was blackmail.

Rather, the United States rightfully killed Soleimani as an act of responsive self-defense. With a single missile strike, Trump annihilated both Soleimani and Mahdi al-Muhandis, the leader of a paramilitary group that had just killed a U.S. citizen and attacked the U.S. embassy in Baghdad: two birds with one drone.

Killing individual enemy combatants — without collateral damage, remarkably — is not even an escalation against Iran’s most recent terrorism spree, let alone an escalation of its decades-long war against the United States.

Trump is obligated to terminate these national security threats, not surrender to them. The United States is even entitled, as a matter of necessity and proportionality, to disable the Iranian government’s entire capacity to continue launching attacks: let alone to merely kill one Iranian general.

To be sure, Iran responded to this strike by launching missiles directly at Iraqi military bases containing some U.S. troops. Yet by exchanging direct attacks against each other, the United States and Iran are de-escalating the war between them.

First, Iran’s missile launch at Iraqi bases was less provocative than previous attacks because this time, at least, Iran inflicted no fatalities. But just a few weeks ago, Iran’s paramilitary forces fired missiles that killed an American citizen and wounded several others — causing Trump to respond in the first place.

Second, direct attacks imply a de-escalation because these are a concession from Iran’s preferred modus operandi in its war against the United States: committing armed attacks through paramilitary proxy forces.

Rogue governments like Iran command civilian militias and other paramilitary forces purposely to blur the line between combatants and non-combatants. This strategy endangers innocent civilians. That, of course, is the point: by blending into civilian populations, Iranian proxies use innocents as human shields. Because they are not wearing Iranian military uniforms or operating from Iranian-owned military bases, these forces can more easily conceal combatants, deter military responses for fear of collateral damage, and even hide the Iranian government’s own involvement.

This is the same strategy used by Al Qaeda, Islamic State, and Russia in its paramilitary operations against Ukraine and Estonia, a NATO ally.

Iranian terrorism’s longstanding paramilitary strategy undermines the most fundamental principles in the law of armed conflict. Military operations should temper the risk of harm to innocent civilians: not exploit such harm for tactical advantage.

Hopefully, the United States’ killing of Soleimani, and Iran’s missile response, represents a change in course for both countries.

For Iran, its direct missile attack should initiate a move toward more lawful military operations: a de-escalation from the terrorist strategy Iran utilized under Soleimani's leadership.