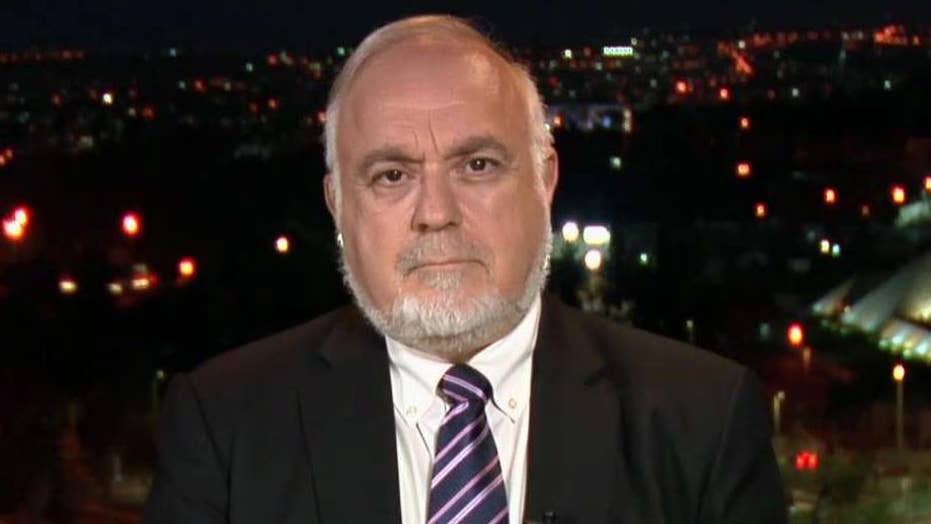 There is plenty to criticize about President Trump’s obsession with illegal immigration and the false claims he has made giving the impression that many unauthorized immigrants are violent criminals and drug dealers. But Rep. Alexandria Ocasio-Cortez went overboard when she compared U.S. detention facilities holding such immigrants to Nazi concentration camps.

Like many Americans, I am concerned about the conditions in the American detention facilities. They are certainly less than ideal. But they are not concentration camps.

Under Nazi dictator Adolf Hitler, Germany sought to wipe out the Jewish people and succeed in murdering some 6 million innocent men, women and children whose only “crime” was to be Jewish, or even simply to have Jewish ancestors.

Many of the 6 million Jews died in horrific concentration camps – a euphemistic name for hellish death camps where mass murder took place on an almost unimaginable scale.

Jews – along with other “undesirables” sent to concentration camps – were killed by poison gas, shootings, beatings, starvation and disease. Some were subjected to nightmarish “medical experiments” that were nothing but sadistic torture.

I greatly respect and admire Ocasio-Cortez, D-N.Y. She has been unfairly demonized by Republicans for many of her principled positions. But her comparison of today’s immigrant detention facilities in America to Nazi concentration camps has no basis in fact.

I disagree with those who say Ocasio-Cortez’s remarks were anti-Semitic. At the same time, her remarks were simply wrong and exaggerated to an unacceptable degree.

Hyperbole runs rampant in today’s politics – President Trump is guiltier than anyone of engaging in wild and inaccurate accusations against opponents. We saw this repeatedly in his announcement of his re-election bid Tuesday night.

The New York congresswoman caused an uproar when she said Monday on Instagram Live:  “The U.S. is running concentration camps on our southern border, and that is exactly what they are.” She added: “If that doesn’t bother you … I want to talk to the people that are concerned enough with humanity to say that ‘never again’ means something.”

I disagree with those who say Ocasio-Cortez’s remarks were anti-Semitic. At the same time, her remarks were simply wrong and exaggerated to an unacceptable degree.

“Never again” is a phrase used by Jews to say there should never again be another Holocaust.

To top it off, Ocasio-Cortez said: “A presidency that creates concentration camps is fascist and it’s very difficult to say that.” This certainly sounds like she is comparing Trump to Hitler – clearly hyperbole.

I am of Jewish ancestry on my father’s side of the family. My ancestors were Eastern European Jews originally from Poland and Russia. Like most Jews and people with Jewish ancestry in the U.S., I had relatives who perished in the Holocaust.

I remember my grandmother telling me that when she and my grandfather traveled to Poland they took a tour and their bus stopped at the site of the Nazi-operated Treblinka concentration camp. An estimated 700,000 to 900,000 Jews were murdered there. My grandfather refused to get off the tour bus. He refused to see where his people had been slaughtered.

This remains true of today’s immigrants – they chose to come to the U.S.

In contrast, the Jews in Nazi-occupied Europe didn’t choose to go anywhere. They were seized and killed on the spot wherever they were found, or shipped to concentration camps in cattle cars on trains, crammed in so close together that they could barely move. Many died on the journey to the camps.

Many Jews were sent directly to the gas chambers or shot when arriving at concentration camps. Others were put to work as slave laborers, given almost nothing to eat, and often lived only a short time under nightmarish conditions before they were put to death.

Nazi soldiers raped women free of any consequences. The Nazis beat and killed whoever they wished, sometimes for even the slightest sign of resistance or sometimes just for sadistic pleasure. Babies were killed or starved to death, their bodies tossed aside to be eaten by rats.

Nothing remotely like this faces unauthorized immigrants crossing into the U.S. today, of course. And no one in

right mind thinks President Trump would ever seek to carry out mass murder and torture of these immigrants, emulating the Nazi treatment of the Jews.

Undocumented immigrants to the U.S. seeking asylum today will eventually have their day in court. It could take months, or even a year or more, but they will be able to state their case for asylum before a judge, unless they chose to skip their hearings and try to remain in the U.S. illegally.

Jews in Nazi-occupied Europe had no legal rights, or even human rights. They were considered sub-humans to be exterminated.

Since the Holocaust, international treaties have been signed that allow people to stay in a country if they fear harm in their home countries. Individual nations have their own laws to protect asylum seekers as well.

Elected officials – from President Trump on down to Rep. Ocasio-Cortez – can keep up their fiery and hyperbolic rhetoric on immigration, engaging in name-calling and making false claims. Or they can agree that our immigration system is broken and work on reasonable compromise legislation to fix it.

The responsible course is clear. Both sides need to replace confrontation with cooperation and legislation to solve the immigration problems we face today.