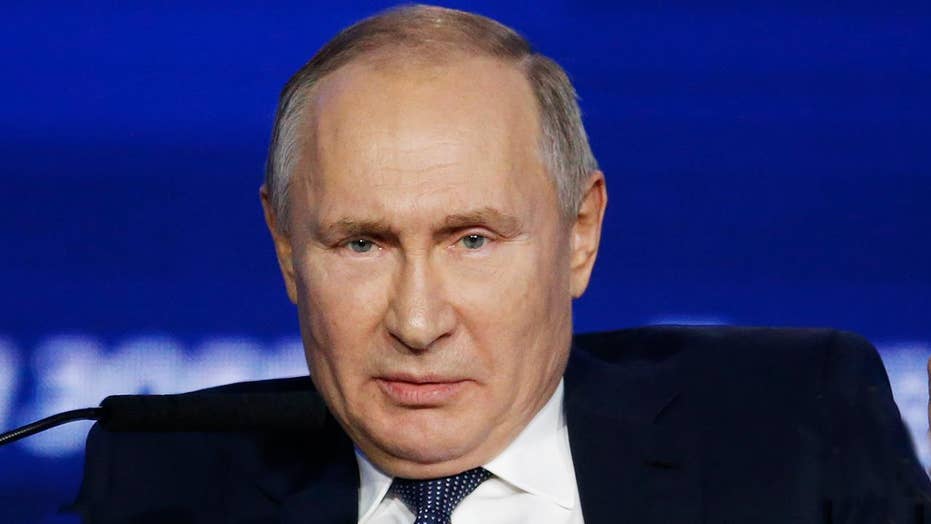 Is the Washington establishment stuck in the Cold War?

Editor’s note: The Cold War ended on Dec. 26, 1991 with the breakup of the Soviet Union. Here is a look back at the conflict that began in 1945 and what we should learn from it.

The Cold War was the most unconventional conflict of the 20th century. World War I and II shaped our history and our world, but they did not match the length or the complexity of the struggle that occupied superpowers and lesser powers on every continent for more than four decades.

At stake was whether the postwar world would be dominated by the Soviet-led forces of totalitarianism or inspired by the principles of political and economic freedom embodied in the United States. Had the Soviet Union’s expansionist ambitions not been contained, much of Western Europe as well as Eastern Europe might have become communist or at least friendly to communism, isolating the U.S. for years and perhaps decades to come.

From 1945 to 1991, under nine administrations, Democratic as well as Republican, the United States pursued first a policy of containing the Soviet Union and communism, then a policy of détente and accommodation, and finally a policy of undermining and bringing down what President Ronald Reagan called an “evil empire.”

The world has changed significantly since 1945, but certain things remain true.

The philosophical ideas undergirding a regime matter, because they guide governments and help us to understand their conduct.

The United States has been shaped by its founding principles of freedom, justice, and equality. They have sustained the nation through wars, depressions, impeachments, and cultural revolutions.

The Soviet regime was shaped by the totalitarian principles of Marxism-Leninism. When leaders of the Soviet states admitted they no longer believed in communism, they undermined the ideological foundations of their power and authority. After the Soviet Union collapsed, Soviet president Mikhail Gorbachev admitted that it had been built on sand. Russian president Boris Yeltsin was more to the point: “The idol of communism, which spread everywhere social strife, animosity, and unparalleled brutality … has collapsed.”

Similarly, the mullahs who govern Iran — like the radicals behind ISIS — are guided by their commitment to a militant Islamic caliphate, a commitment that shapes their worldview and their conduct on the world stage. In China, the communist government struggles to rationalize the contrary demands of economic liberalization and political control. The Hong Kong demonstrations drive home the difficulty of sustaining this strategy.

The United States called upon and led a grand alliance against the Soviet Union through such instruments as the Marshall Plan, NATO, the Korean “police action,” Euromissiles, the special relationship with Great Britain, and the multifaceted Reagan Doctrine.

In contrast, the Soviet Union was never able to command true loyalty from the Warsaw Pact nations or the peoples within the Soviet Union. Marxism-Leninism was an alien doctrine imposed on the people of Eastern Europe and the Soviet Union by an imperial power. Moscow bought the allegiance of Cuba in Latin America and Angola in Africa.

The history of the Cold War can be written through the biographies of leaders on both sides of the Iron Curtain. It began with Harry Truman and Josef Stalin and ended with Ronald Reagan and Mikhail Gorbachev, who helped end the Cold War by abandoning the Brezhnev Doctrine. That doctrine, which held that Moscow would allow no communist state to become non-communist, had propped up the Soviet regimes for decades.

The United States was successful when led by clear-eyed statesmen like Truman and Reagan, who crafted principled actions suitable to the circumstances they faced. Truman approved the historic Berlin Airlift of 1948, which supplied the people of Berlin with food, medicine and supplies by airplane for more than a year, ultimately forcing the Soviets to lift their blockade. Standing in front of the Brandenburg Gate, Reagan challenged Gorbachev to tear down the Berlin Wall and help end the Cold War.  The State Department objected that Reagan’s challenge was provocative, but within six months Reagan and Gorbachev signed the INF Treaty, eliminating an entire class of nuclear weapons for the first time.

A successful U.S. foreign policy depends on knowing when to apply force, as in Korea, and when to utilize diplomacy, as with the U.S.-Soviet negotiations to eliminate intermediate range nuclear missiles.  A grand strategy for U.S. foreign policy begins with the thesis that the U.S. should clearly express its general principles of freedom, democracy, and the rule of law; be politically , economically and diplomatically active around the world; and engage militarily when it is necessary to defend its vital interests.

Whether it is clashes with Islamic terrorists or long-term challenges from autocratic Russia or Communist China’s attempts to expand its sphere of influence, a prudent foreign policy guided by our founding principles and backed by our capabilities offers the best path for the Unites States. That is a strategy for today, tomorrow, and the ages.

This article is excerpted from "A Brief History of the Cold War" by Lee Edwards and Elizabeth Edwards Spalding (Regnery History).

Dr. Lee Edwards is The Heritage Foundation’s Distinguished Fellow in Conservative Thought and chairman of the Victims of Communism Memorial Foundation.
ADVERTISEMENT