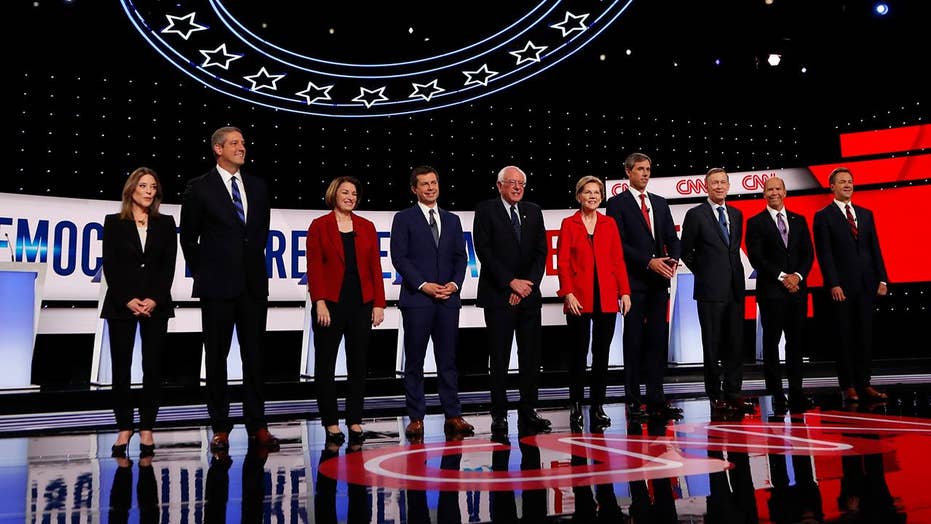 How did voters react to night one of the second Democratic presidential debate?

With 10 candidates on the stage vying for only two and a half hours of air-time it can be hard to decide who is winning and who is losing. There are always some memorable moments, but who is going to move the needle?

While night one in Detroit wasn’t the most exciting debate we have seen so far there were some clear winners and losers.

As an analyst and researcher, there are certain things I look for. Here is a breakdown of the winners and losers on Tuesday night and what to watch for on night two:

Who did everyone else react to? What I look for is the pacer horse- the one candidate that we’re not going to be able to keep our eyes off of. The candidate that everyone is going to feel the need to respond to. Keep your eyes on that person, not just for what they did on Tuesday night, but going into Wednesday as well.  Early in the night on Tuesday, I thought it was going to be Bernie. But it wasn’t. It was Elizabeth Warren. She came out swinging and didn’t stop.

Who had a memorable message? I always look for a message that is going to stick.  After the cameras go off and we are left to think about the candidates, who created a lasting impression?  Sadly, no one from last night will have a message that will stick.  We might get some great “yada yada yada” gifs and memes from Marianne Williamson, but those aren’t going to move the needle and change the game. The Democrats better hope they do better tonight.

Who framed their policy in a way that stands out? In 2015 and 2016 Donald Trump was a master at this. He didn’t talk about strengthening immigration, he talked about building walls. Like it or not, voters remembered his policies and what he stood for. Who is going to be able to do that this time? Bernie Sanders has done it before and he did it again.  Medicare for all.  Climate change as a result of corporate greed.  Immigration around racism and xenophobia.  Sanders policies are framed in the language that gets repeated by other candidates.  For this reason, Bernie won the night.

Who surprised us? Going into the debates we expect a lot from certain candidates. Last night, Bernie Sanders was the one to watch.  We had high expectations and he did exactly what we expected him to do.  He out-Bernied Bernie.  But who surprised us?  I would argue the surprise of the night was Elizabeth Warren.  While her loyalists already knew what the rest of us just got to see, she was likable, prepared, and ready to fight.

What didn’t they say? Sometimes it’s as interesting to focus on what wasn’t said as what was.  What wasn’t talked about:  impeachment.  Unlike other debates, this wasn’t a fight against Trump.  This was a fight against each other.  This was a fight over who the Democratic party is going to be.  This was a battle of moderates versus progressives.  And in this battle, the progressives won.  The moderates didn’t have a single message or position that will stand out.

We have a long way to go until the Democratic Party chooses its nominee but each debate matters. Each candidate’s performance will determine if we see them again.

With so much riding on it, it’s surprising that there were so many forgettable candidates. The one stand-out performance came from Elizabeth Warren and I predict that she is the only candidate who will move in the polls.

Lee Carter is president of Maslansky + Partners, a language strategist, researcher and author of "Persuasion: Convincing Others When Facts Don't Seem to Matter" (TarcherPerigee, September 3, 2019). She called the results of both the primaries and general election in 2016. Follow her on Twitter on @lh_carter.