Why would young people embrace a failed system like socialism? Look no further than America's college campuses.

As we see polls showing young people slouching towards socialism, it got me thinking. Why is this happening? Why would they embrace a system that has proven itself such a colossal failure? Think about it. A contraction of liberty. A scarcity of goods. Scarce medicine. And power concentrated in the hands of governmental authorities. Socialism, I think can be in part attributed to its new spokesman. People like Congresswoman Alexandria Ocasio-Cortez. Because the key to understanding this fanatical fad is that when you're a socialist, facts are kind of irrelevant. Now why? Well, they're irrelevant because the ends, in a supposedly more equal society, justify the means.

Here’s how Ocasio-Cortez put it recently: “If people want to really blow up one figure here or one word there, I would argue that they're missing the forest for the trees. I think that there is a lot of people more concerned about being precisely, factually and semantically correct than about being morally right.”

OK. But what is the source of your morality, AOC. It's morality according to whom? Marx, Engels, someone else? And I thought we weren't supposed to impose our morality on others when it came to issues like life or marriage, but when a liberal can't claims moral superiority, all the rules change.

Now consider the situation on campuses today. Free thought and free speech have been marginalized or altogether obliterated and they're marginalized or obliterated in favor of forced adherence to the ever-changing leftist credo. A credo where Marxism trumps the free market and trigger warnings beat down free thought.

The Young Americas Foundation just released a study of courses that are being offered at some Ivy League colleges. A few of these are real howlers.

Check them out, last semester at Columbia, you could have taken a class called fascism, aesthetics and politics. The election of President Donald Trump has renewed interest in the examination of fascism as an ideology, as a political movement and as a form of governance.

Last fall at Cornell, students took histories of the apocalypse from Nostradamus to nuclear winter. Brexit. Immigration and the election of Donald Trump have all been recently heralded as signs of an imminent apocalypse, very understated.

And then at Harvard, why not pay $70,000 a year in tuition to study, "journalism" in the age of Trump. “President Trump's declared war on fake news, his attacks on the press as enemies of the people as well as secular changes in technology and the ways in which the news is produced and delivered have combined to undermine the very notion of truth.”

The political indoctrination is one aspect of what universities are doing to mess with young minds. But there is a lot more. Parents also pay hundreds of thousands of dollars in total for their kids to marinate in an entitled -- it's kind of a pseudo-intellectual grievance culture. Professors and administrators have founded their own type of religion whose adherents are required to embrace manufactured anger and complete oppression.

Now consider the case of a small school called The Evergreen State College, in Washington State.

Documentarian Mike Nana captured this rise of leftist authoritarianism in real time and he interviewed professors who could see the ideology of racism and white privilege suffocating free expression on campus. Now check this out. These are actual faculty members of Evergreen State College.

Professor: “Racism exists today in both traditional and modern forms. Racism is an institutionalized multilayered multi-level system that distributes unequal power and resources between white people and people of color as socially identified and disproportionately benefits whites. The racial status quo is comfortable for most whites. Therefore, anything that maintains white comfort is suspect.”

Well, these professor-activists have a very ambitious agenda and a very dark ominous view of life in 21st century America.

Professor: “We galvanize white privilege in the form of curriculum. Exulting white canons of fine art, literature, theory and scientific thinking. More so, we don't examine how those canons are made.”

Professor: I believe Evergreen can create a more vibrant community of anti-racist activists on our staff and faculty and among our students. If we break our 45-year pattern of occasionally turning toward these issues briefly with deep, but short run commitment that fades, fades and fades. 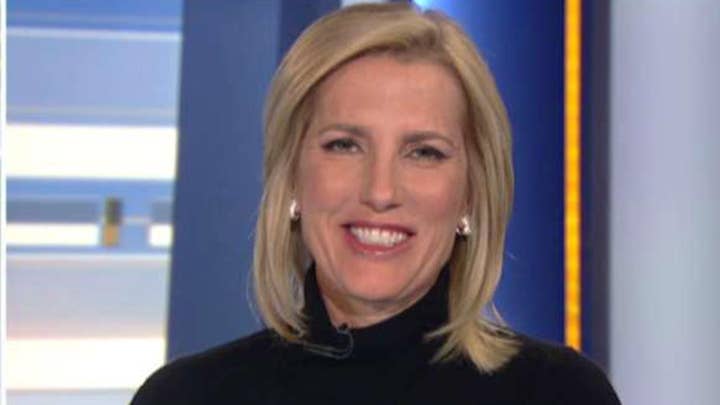 I'm fading. OK. It doesn't matter that students or faculty on campus don't really show signs of racism or it doesn't matter that they engage in racism because to this thinking racism is just in the air. It's in the water of our country's founding. So, anyone who fails to stand and fight against this oppressive backdrop is guilty. So, minorities in this view are cast as perpetual victims and the universities then reward them for wearing the “I'm oppressed” chips on their shoulders. Here's just a sample of what the group thinks sounds like. This is a meeting of the Evergreen State College Equity Council and the guest speaker Robin D'Angelo.

Robin D'angelo, guest speaker: “There is a sea of people engaged in a shared delusion. And then there is a few people witnessing the delusion and isolated unable to exchange words or anything. That sense of being alone in a crowd is profound.”

While individual players partake and it's not dependent on individual players. It's embedded in the fabric of the society and it functions to ensure an unequal distribution of basically everything between people of color as a whole and white people as a whole.”

Now note the almost religious certitude that these radicals possess. This is their religion because they are the oracles and anyone who does not accept their ideology, their religious fervor is simply unjust. If you're a racist, if you don't accept it and thus you must be resisted and driven into silence on a college campus at all costs. This is a kind of mental totalitarianism and it's not just confined to faculty meetings or classrooms. Students are being brainwashed into accepting this group think.

Now a few weeks ago Dinesh D'Souza spoke at our alma mater of Dartmouth College and was greeted this way.

That's very tolerant, isn't it? Now, how can they get away with treating an Indian, an immigrant, and a person of color let alone an alumni of the college that way? Well, because as a conservative, Dinesh does not count. He doesn't buy into their oppression narrative, so he's just as guilty as a white lacrosse player who grew up in Greenwich, who goes to an Ivy League school.

And my friends, there is victimhood obsession of course has infected now society at large because they want us all to live on their college campus.

Think about this Jussie Smollett case. Even when his wild allegations couldn't be substantiated, even after it appears that Smollett himself organized the attack, he initially blamed on MAGA hat wearing racists and even after he was charged with filing a false police report, in the eyes of these folks, none of it matters. He ultimately gets a pass in their eyes because the story fits the left's narrative, and he is morally right in their eyes even if kind of confused and sad regarding these current set of facts.

And regardless of facts, anyway Trump and his followers are, according to them, violent racists. And if you disagree with that, well you're a racist yourself. Playing by the university rulebook. Well, dissent is not allowed.

And liberal victims, fake or otherwise, are entitled to mercy. 20th Century Fox issued a statement today reading Jussie Smollett continues to be a consummate professional onset and as we have previously stated, he is not being written out of the show. We'll see if that changes with the news from Wednesday night.

I'm telling you, redemption is almost limitless when you are a liberal, I guess. The governor and lieutenant governor of Virginia know all about that. Roseanne though, wow, she's still waiting for her letter of apology.

As parents, we have to use these examples to remind our children of what is expected of them. Teach them to respect themselves and, of course, their fellow man. To halt the spread of this victimhood menace, we have to teach kids to be self-reliant and self-sufficient. Because if you're a victim. You're going to need to be saved. And the left believes your savior is the government. I say, no thanks. I'll leave that to Jesus Christ. Thank you very much.

But put this all aside for a moment. We have all been given gifts by the Almighty. A soul, a heart and mind capable of changing things for the better and making good choices out of our own free will. And when you start to cling to victim status, you're just giving away your power.

You're letting others define you. We Americans are a lot better than that.

And our kids deserve better than that what they're being fed on college campuses. So, let's expose the frauds and encourage more personal responsibility. And I bet we'll all be happier.

Adapted from Laura Ingraham's monologue on "The Ingraham Angle" on February 20, 2019.