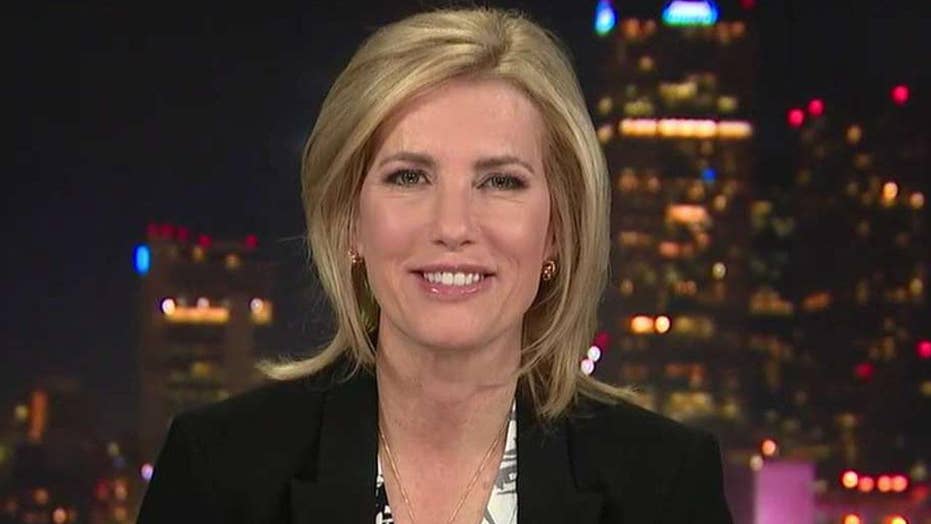 I hate to tell you I told you so, but I told you so. When the White House and the GOP failed to act on the Trump immigration agenda in the first 100 days of his presidency, his pledge to build a wall would be jeopardized. Trump's initial instinct, which is usually spot on, was to veto that omnibus bill last year. I'm telling you, he was right then. But Paul Ryan and Mitch McConnell promised him that they would get this wall funded in full in the lame duck session, if that was necessary. Well, big shocker. That never happened.

So after Speaker Paul "I need to spend weekends at home" Ryan handed the majority to the Democrats, well, the president faced an even higher wall of resistance. A lame old border deal was announced right before the president took to the stage in El Paso Monday night, and by the morning, the details started trickling in.

The president said this: "I have to study it. I'm not happy about it. It's not doing the trick, but I'm adding things to it. And when you add whatever I have to add, it's all - it's all going to happen but building a wall. And now I'm saying we're finishing a wall..."

Well, that won't happen though, not unless the president finds the money elsewhere or declares a national emergency, which will immediately be challenged of course by the left in court.

And on Tuesday night, after speaking with one of the Republican architects, Richard Shelby, Senator from Alabama with the latest deal, the president tweeted, "Was just presented the concept and parameters of the border security deal by hard-working Senator Richard Shelby. Looking over all aspects knowing that this will be hooked up with lots of money from other sources. Will be getting almost $23 billion for border security. Regardless of wall money, it is being built as we speak." We'll get into that in a little bit.

So what's in this deal? What's really in it? The official language hasn't fully been released. And I love this. We're doing at the last minute, trying to rush it through. But here are some of the basics of the deal, as reported. $1.375 billion for barriers that are not called but look a heck of a lot like the steel slanted structure, the barrier that Trump had already approved.

Second, an average daily cap of 40,520 beds for detaining illegals. Now, that's almost 9,000 fewer than we're detaining now. But Trump would have the authority to boost that number, pulling the money from other sources.

Now, there's more to it, too. But it's simple to see what's going on here. The Democrats' ultimate goal is to codify catch and release, where if an illegal makes it into the country, he or she will be welcome to stay along with any child he or she brings with them across the border.

Now, what does this do? I mean, this is not a difficult concept, right? It only encourages more illegal immigration. Now, remember, the President asks for $25 billion last year for the wall and a bunch of other reforms as well that made a lot of sense. But the Dems wouldn't budge on issues like chain migration or those diversity visas. They wouldn't go near it.

Then in December,  moving into the lame-duck session, he asked for one one-fifth that. I'm still pretty good at math -- well, sort of. It's $5 billion of the $25 billion. Now, he perhaps thought that this would become some type of annual wall expenditure. Well, fat chance. They don't want a wall. They never wanted a wall. But on the bright side - and I have to look at the glass half-full here -- The current deal does expose just how far left the Democrat Party has gone on the issue of illegal immigration. They've gone from comments like this from President Obama: "You simply cannot allow people to pour into the United States undetected, undocumented, unchecked."

To this, from Beto O'Rourke, "We know that walls do not save lives. Walls end lives. There is no bargain in which we can sacrifice some of our humanity to gain a little more security." 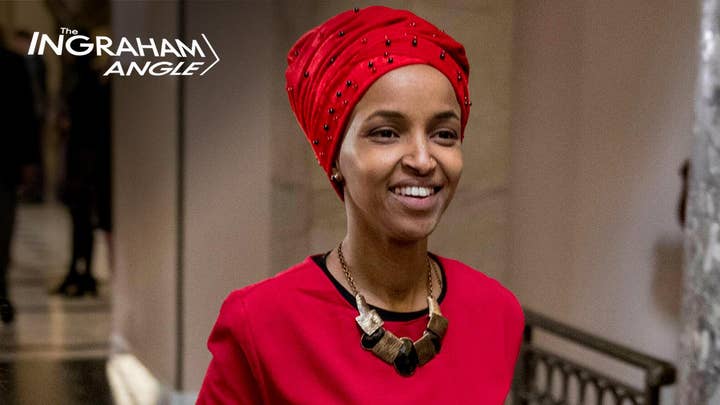 Oh, really? So walls kill people. Well, last year, there were 1,247 people slaughtered in a vicious fashion, many of them, by the cartels and other criminals across the border in the Juarez. That was a 62 percent jump from the year prior to killing field there.

So Beto can't possibly mean we should tear down the current wall in El Paso. Can he? Well, think again. Remember this gem that when Congressman O'Rourke sent out in 2015. It read, "Tear down this wall." Oh, boy! That's a keeper.

Well, I can tell you that the people we met in El Paso Monday night, they disagreed vehemently. And an under-reported fact is that about half of the audience at the Trump rally were themselves Hispanic. And they most certainly do not want the wall between the cartel-run Juarez and El Paso torn down. No way. They love their peaceful community. It was a really fun place to be. We loved meeting the folks we met there last night. They don't want any part of Juarez's way of life with beheadings and bodies that have been dumped in the street.

Here's how the president put it, "Last year, Juarez had 1,200 murders. El Paso, right next door, a few feet away, had 23 murders. Walls work. Actually, there's nothing like them for what we're talking about. We want to stop drugs, we want to stop traffickers, we want to stop criminals from coming in. Walls save lives."

Now, of course, as much as we wish things were different, the fact of the matter is, Trump is vowing to continue this fight, right through the 2020 election about the wall and keeping our country safe.

And another shutdown would have probably ended up hurting the President, distracting from this booming economy. We're here in Texas. It is off the charts. And there's a lot of other great news as well that would be distracted from if this thing continued in a shutdown form, including the China negotiations going on right now in Beijing.

And also let's not forget, while Trump isn't getting everything he wants and definitely not what most of us want, Democrats are also breaking Pelosi's pledge. Remember this exchange from 2018:

REPORTER: Is there any situation where you would accept even a dollar of wall funding for this President in order to reopen the government?

Adapted from Laura Ingraham's monologue on "The Ingraham Angle" on February 12, 2019.