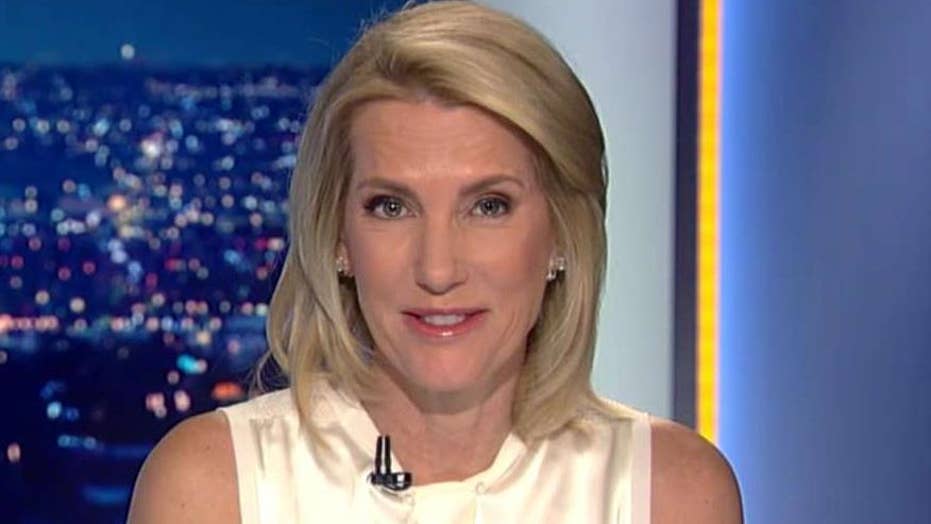 Another day, another wacky liberal enters the 2020 presidential race.

Another day, another wacky liberal steps on to the 2020 field. And although it wasn't a real surprise when Vermont socialist, Bernie Sanders decided to formally enter the race, it's always stunning to hear what the Muppet-like leftie actually believes. Here’s this:

“You may recall that in 2016, many of the ideas that I talked about, Medicare for all, raising the minimum wage to$15 an hour, making public colleges and universities tuition free. All those ideas, peoples would say, oh Bernie, they're so radical. You know what's happened over 3 years? All of those ideas and many more are now part of the political mainstream.

Yes, oh, he's right about that with Hillary out of the way. Bernie thinks the second time's the charm. And after all that he said you know, he was socialist before socialism was cool. The 77-year old trend setter's policies run the gamut from that government-run health care to free college to doubling the minimum wage from what it is today.

Now all of this would be paid for by massive tax hikes. And he also throws around the R-word a lot. Yep, now that's the one. Here’s more from what he said:

“We began the political revolution in the 2016 campaign and now it's time to move that revolution forward and make sure that that vision -- those ideas -- are implemented into policy.”

I'll translate for you. Bernie's coming for your money. And there aren't enough billionaires to pay for the trillions in spending he has in mind. And he's not exactly being revolutionary with this tired trope:

Divide us up. Well, xenophobe, racist, did he really cover them all? I mean come on Bernie. That's not original but I'm telling you, it's a hell of a lot easier than explaining how he would do better trade deals than Trump or how he would keep us out of more dumb wars than Trump has kept us out of.  Or how he would grow the economy faster than Trump. But Bernie will have to fend off challengers who are decades younger and decidedly more diverse: Kamala Harris, Cory Booker. Well, when they're not defending the actor/fraud Jussie Smollett, each are committed to the Green New deal and Booker's waving off concerns on Tuesday about the cost.

Oh, it's no problem, whatsoever is going to pay for itself and he says, fighting climate change is kind of like defeating Hitler or maybe the moon landing. Here’s how he put it:

“There's a lot of people now that are bowing back on the Green [New] Deal, they're like, oh, it's impractical, oh, it's too expensive, oh, it's all of this. If we used to govern our dreams that way, we would have never gone to the moon. We need to push the bounds of human potential because that is our history.

And when the planet had been in peril in the past, who came forward to save earth from the scourge of Nazi and totalitarian regimes. We came forward.”

As for Senator Harris, she wants to do to America, what the Democratic Party is doing today to California and what she lacks in sound fiscal ideas, I think she makes up for in smiles and laughs at interesting times. Here’s this exchange with a reporter:

“I just want to like get out of the way, the elephant in the room, you know, we're not going to have any elephants in the room. …Which tweet, what tweet?

Reporter: About saying that it is a modern day lynching, that - 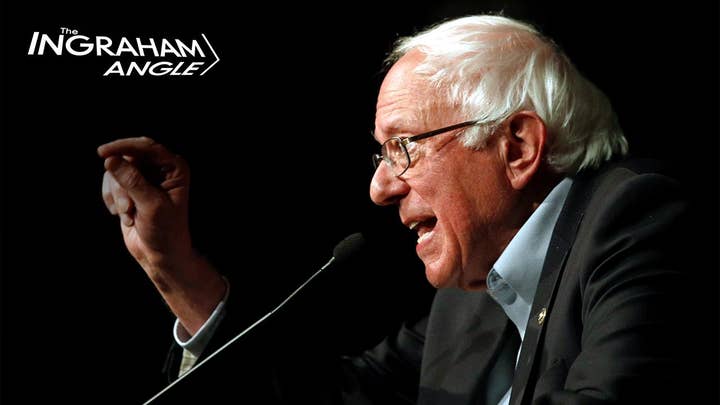 Well, she's obviously going for the freeloaders votes supporting perhaps more taxpayer-funded freebies than any other candidate out there -- and that's saying something.

Here’s what Warren is saying now:

“They've been saying, so it's going to be really expensive. But the answer is, yes, this will be about four times more than we have invested in our children. But that's exactly what we need to do.

We can pay for universal childcare and a whole lot more if we just ask the one-tenth of 1 percent to pay a fair share.”

OK, wait. Fair share, okay, when you hear that, red flag, that equals basically a tax rate that has to be at least around 75 percent to come close to covering all her boondoggles. But it's an odd thing with Warren, she needs the super-rich but she thinks they should be side-lined in American politics.

“Billionaires and big corporations decided they wanted more at the pod and they enlisted politicians to cut them a fatter slice. I'm not taking applications from billionaires who want to run a super-pack on my behalf.

To protect their economic advantages, the rich and powerful have rigged our political systems as well.”

Well that aversion she shows there to money and politics, it sounds so altruistic but it seems more like a marketing ploy than reality to me. Well, so said another potential 2020 candidate, Howard Schultz:

“She came to see me a few years ago and asked me for a contribution for her senate race.”

Well, that was yesterday, it was years ago. New York Senator Kirsten Gillibrand, let's get to her, she's a former moderate turned #Metoo crusader. And she kind of finds herself struggling for relevancy and compelling rhetoric. She even inadvertently admitted that there is indeed a crisis at the U.S. border. Here’s this exchange recently:

“On immigration, I mean, there's a crisis going on at the border right now.

Gillibrand: There is, it's inhumane. We need to have proper asylum. This president doesn't believe in asylum. He's afraid of immigrants, he's afraid of refugees.

Reporter: And like, I just want to know that a lot of these people are indigenous to this land and that border is kind of -

Giilibrand: I know. That's why the wall is so absurd and hurtful.”

Wait, wait a second. First of all, a wall is an inanimate object Kirsten but at least, I mean, look at the glass half full. At least she acknowledges the crisis at the border. Look, it's easy to laugh off this parade of liberals but remember that the Democratic Party is becoming more, not less radical.

A recent Gallup poll showing that the majority of Democrats identifying as liberal for the very first time, jumping from 25 percent back in 1994 to 51 percent in 2017. Well, in a climate like this, what does that mean? I mean, how does a candidate like Minnesota Senator Amy Klobuchar fit in?

Reporter: So no Medicare for all?

Sen. Amy Klobuchar: It could be a possibility in the future. I'm just looking at something that will work now.

Klobuchar: I don't think we're going to get rid of entire industries in the U.S.

Reporter: Would you support free college for all?

Klobuchar: I am not for free four-year college for all, no. If I was a magic genie and could give that to everyone and we could afford it, I would.”

Well, will she fill stadiums? If Monday night's ratings for her Town Hall on CNN were any indication, it's unlikely. Well, there just doesn't seem to be a lot of excitement for Midwest Democrat whose views are closer to Bill Clinton than Bernie Sanders. But what about the so called dream ticket of Biden-Beto, have you heard about that?

The old guard plus the new kid with a chance to pick off Texas. Well, if Biden runs, he's going to have to make lots of promises to the AOC crowd meaning, in the end, the result ends up the same. My friends, if Democrats win, they're coming to take your money.

The money you've made in this strong economy, the money you've worked really hard for and they want to blow it on pipe dream policies that may sound kind of cool at a rally but in practice, they never work. They just really love spending other people's money.

Adapted from Laura Ingraham's monologue on "The Ingraham Angle" on February 19, 2019.