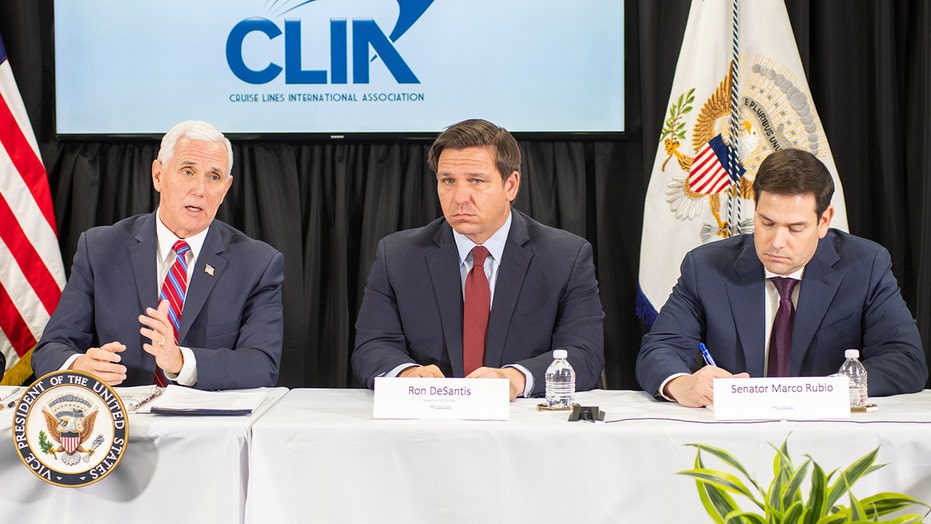 People all over the world are worried about the coronavirus. Here at home people are worried too – but the Trump-haters are more focused on how this disease outbreak could hurt the president.

Trump’s opponents have taken to the media to predict that he will no doubt mishandle America’s coronavirus response and are predicting this will become the scandal that leads to his defeat in the November election.

New York Times columnist Gail Collins has gone so far as to label the coronavirus “Trumpvirus.”

As Donald Trump Jr. has said, it’s almost as if those working to stop his father from being reelected actually want the coronavirus to devastate the American people because the worse it is, the more the president will get blamed.

Democrats dreaming of their party winning the White House in November seem to be hoping that the president’s coronavirus response will be his “Katrina moment” – a reference to the hurricane that hit New Orleans and the surrounding region in 2005 and sparked sharp criticism of President George W. Bush for problems with the federal disaster response.

But Trump’s opponents – including their left-wing media allies – don’t realize that the president was made for this crisis. There is nothing he loves more, or is as good at, as taking personal charge of a crisis and bulldozing his way through the bureaucracy to a solution.

I saw this firsthand in the 1980s when I moved from Washington to New York to marry and raise a family. At the time, New York City was still digging out from the fiscal crisis and bankruptcy of the mid-1970s. Crime was rampant, and Central Park – once the crown jewel of Manhattan – was a wreck.

Playgrounds in the park were littered with heroin needles and few dared venture there after dark. Mothers were afraid to take their children to the park because they’d be confronted by panhandlers and vagrants.

The Wollman Rink, where for decades New York children and their families had skated in winter –

and where some of the most famous musicians in the world performed in summer – was closed. It had been shuttered for nearly a decade while city officials argued over how to renovate it and who would pay for it.

By 1986, New York had squandered nearly $13 million in endless surveys, planning errors and construction mishaps. The Wollman Rink became the poster child of a once-great city now in decline.

Donald Trump, an up-and-coming real estate developer, had an office across from Central Park, overlooking the abandoned Wollman Rink. He made an offer to New York City Mayor Ed Koch. Trump said he would rebuild Wollman Rink within six months and pay for it himself.

Everyone said it couldn’t be done, would cost millions and take years even if it could. They predicted that Trump the showman had taken on mission impossible.

In true Trump style, he invited the cameras in to watch every step of the construction, and personally held news conferences explaining what he was doing. In November 1986 Trump reopened the Wollman Rink, two months early and nearly $1 million under budget.

Skating under the brightly lit Manhattan skyscrapers, and drinking hot mulled wine was one of the most romantic things to do in the city that never sleeps. Within just a few years, Wollman Rink was once again the jewel in Manhattan’s crown. The reopening of that beautiful, state-of-the-art skating rink sparked the restoration of all of Central Park and gave the city a much-needed boost of confidence.

During the presidential transition in Trump Tower after the 2016 election, I asked one of Trump’s long-time associates how Trump had done it. The associate said the biggest challenge was building a cooling system that would keep the ice at a steady temperature regardless of the weather. New York City bureaucrats had spent years studying it and still hadn’t found a solution.

So Trump took charge himself, picked up the phone and called the owners of the Toronto and Montreal hockey teams, which played in outdoor stadiums from fall to spring. He asked how they did it. He got the information he needed, and within a few days had a plan.

Trump started construction almost immediately and within four months – not the promised six – he reopened the Wollman Rink. The ice was perfect, it didn’t cost New York City a cent, and Trump became a New York hero.

No one knows at this point whether the coronavirus will ravage our nation, cause prolonged havoc in the stock market, or lead to an economic slowdown of considerable magnitude. But so far, Trump’s actions have all the markings of his trademark can-do approach.

The president instituted border controls and travel bans early on, despite criticism that he was acting prematurely. He has created a whole-of-government approach to dealing with the crisis, taken steps to calm a jittery stock market, and is pushing for new, more accurate testing and creation of a vaccine.

Unlike most professional politicians, Trump isn’t afraid of crises. I honestly think he relishes them. There is nothing he likes more than personally taking charge of a seemingly insurmountable challenge, especially when others are wringing their hands.

Plus, who better to deal with a pandemic than someone who believes in border security, doesn’t mind ruffling the feathers of political correctness and is a germophobe?

You and your echo chamber in the anti-Trump media should be careful what you wish for. The Russia probe was a hoax, the Mueller investigation came up empty and impeachment was a dud. Rather than weakening Trump’s standing with the voters, they all served to strengthen his support.

Americans don’t cower in a crisis, but they do want a leader to get them through it. Rather than being Trump’s “Katrina hour” the coronavirus crisis could prove to be his finest hour.