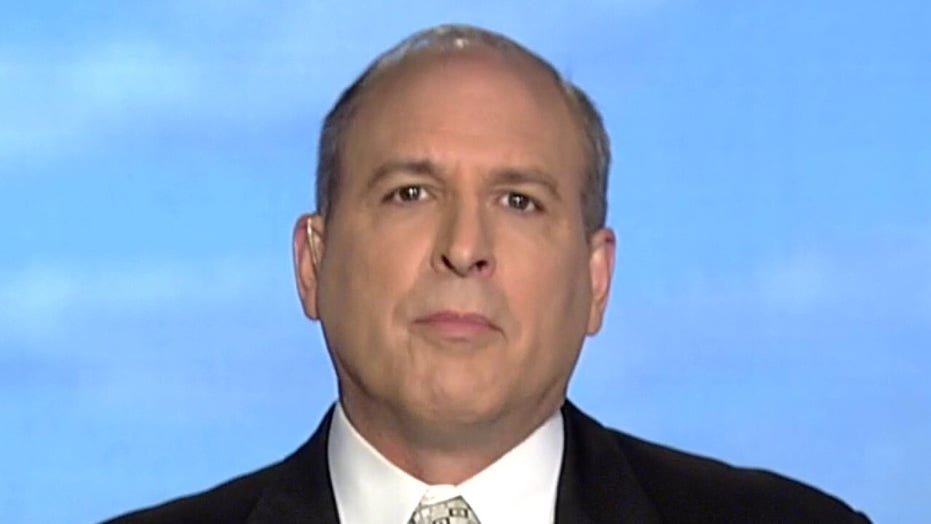 Since October 2019, approximately 14,000 more illegal immigrants have been removed from the U.S. than arrived; insight from acting CBP Commissioner Mark Morgan.

As the coronavirus spreads around the world, all nations have an obligation to do their best to secure their borders and stop as many people as possible who are carrying the virus from entering and infecting others.

The coronavirus is already in the U.S. and experts tell us it will inevitably spread. But our leaders need to do all they can to reduce the number of people infected with the virus from crossing our borders, as one part of a comprehensive effort to limit the spread of the virus.

President Trump has already taken many actions to reduce illegal immigration, long before the discovery of the coronavirus.

But the coronavirus gives our government a new reason to enforce our immigration laws – protecting public health. While most illegal immigrants don’t carry communicable diseases, a minority do. And some of them will undoubtedly be carrying the coronavirus, especially as the virus becomes more widespread.

Yet instead of supporting the president’s efforts to secure our border, federal courts are hindering his efforts. The 9th U.S.  Circuit Court of Appeals, which is headquartered in San Francisco, is the prime example of this.

Last April U.S. District Judge Richard Seeborg in San Francisco issued an order blocking the Trump administration from carrying out its Migrant Protection Protocols (MPP). The MPP are also known as the Remain-in-Mexico policy. The policy says immigrants from south of our border seeking asylum in the U.S. need to remain in Mexico while their requests for asylum are reviewed.

Seeborg’s order didn’t go into effect, however, while it was appealed to the 9th Circuit appellate court. As a result, the Remain-in-Mexico policy was allowed to be launched.

However, last week a three-judge panel from the 9th Circuit upheld Seeborg’s original order blocking the Remain-in-Mexico policy from being carried out. But three hours later the panel issued another order preventing its earlier order from taking effect, to give the Trump administration time to make further arguments about the legality of Remain-in-Mexico

Then in yet another legal twist in this complicated case, the appellate court ruled again this week in favor of its order blocking the Remain-in-Mexico policy, but said the order would not take effect until Wednesday to give the Supreme Court the opportunity to review the ruling.

At a time when a worldwide pandemic is staring us in the face, you would think ideology and judicial activism would be set aside in an effort to protect U.S. citizens and others who reside within our borders. Unfortunately, but not surprisingly, the 9th Circuit’s ruling proves that politics are more important than the sanctity of life to these liberal judges.

To understand the potential consequences of this court order as it relates to the spread of the coronavirus it helps to look at some numbers.

Last May, U.S. Border Patrol agents apprehended 133,541 illegal border crossers. Due to a lack of detention facilities, along with certain court decisions, a good number of those people – including asylum seekers – were released into the U.S. under what is known as the “catch-and-release” policy.

These numbers caused the Trump administration to correctly declare a border security crisis.  President Trump took the extraordinary step of negotiating agreements with the Mexican and Guatemalan governments because Congress was unwilling to work with him to resolve the crisis.

The main agreement to come from President Trump’s efforts was the Remain-in-Mexico policy, which caused illegal border crossings to drop exponentially, effectively ending the catch-and-release policy.

The Remain-in-Mexico policy has also allowed the U.S. government to go after the profits of Mexican criminal drug cartels that are responsible for the deaths of thousands of Americans through their opioid smuggling operations.

The bottom line is that the Remain-in-Mexico policy has been a great success. If a court order kills the policy, the floodgates to increased illegal immigration will burst wide open, and some of the immigrants crossing our border will bring the coronavirus with them.

By all accounts, it appears the 9th Circuit Court of Appeals is hell-bent on unraveling all of President Trump’s successes, no matter the cost. In this case, the judges are doing so with the unmistakable knowledge that their decision will inevitably lead to a worsening spread of the coronavirus in our country.

As the president of the National Border Patrol Council, I am calling on the Supreme Court to immediately act to prevent this nightmare from becoming a reality.

I accept the fact that I and other Border Patrol Agents will be exposed to the coronavirus. We are sworn to protect this great nation from elements that might do us harm, and in an effort to protect lives, we will do our job.

I’ll never understand, however, why activist judges are more than willing to be the catalysts of so much potential danger solely to further their personal ideologies. It is breathtakingly appalling that so many of them are willing to continually place their judicial activism above the wellbeing of the Americans they are supposed to serve.

The 9th Circuit Court of Appeals will never admit wrongdoing on any level. Therefore, I am begging the justices of the Supreme Court accept this case and act to protect the health and safety of the American people.