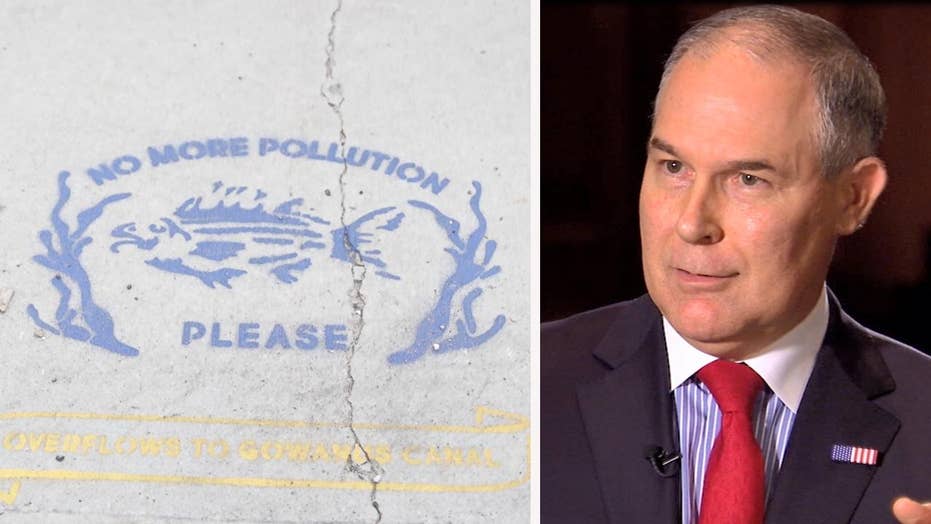 EPA chief Scott Pruitt shifts agency focus from climate change to Superfund site cleanups, but some local residents, like those near the Gowanus Canal in Brooklyn, are still waiting to see progress

In a better world, Americans would never hear the name Samantha Dravis. She wouldn’t be pictured on the front page of the New York Times or added to environmentalist “watch lists.”

This is no knock on Ms. Dravis, who is a talented attorney. Rather, it’s an acknowledgment that in the grand scheme of the federal government, she’s one of hundreds upon hundreds of “staffers.” As associate administrator for policy at the Environmental Protection Agency, she didn’t need Senate confirmation. She’s no cabinet secretary and never chose a public role.

But in today’s anti- Trump “resistance,” that counts for nothing. The left lost the election, lost the argument, and is losing President Obama’s precious legacy. Its response is a scorched-earth campaign against not only EPA Administrator Scott Pruitt, but anyone who works for him.

Most vicious has been the retribution against Mr. Pruitt for his work to undo Obama-era climate rules. Environmentalists and Rhode Island Sen. Sheldon Whitehouse have ginned up an investigation at the Oklahoma Bar Association into whether Mr. Pruitt lied during his Senate confirmation. He testified that he didn’t use private email for work while serving as Oklahoma’s attorney general. Then out came a handful of emails, over years, sent to Mr. Pruitt’s private address. This is hardly Hillary Clinton behavior, yet Mr. Pruitt is having to pay for a personal attorney to fight the charges. The activists’ stated goal: disbarment.