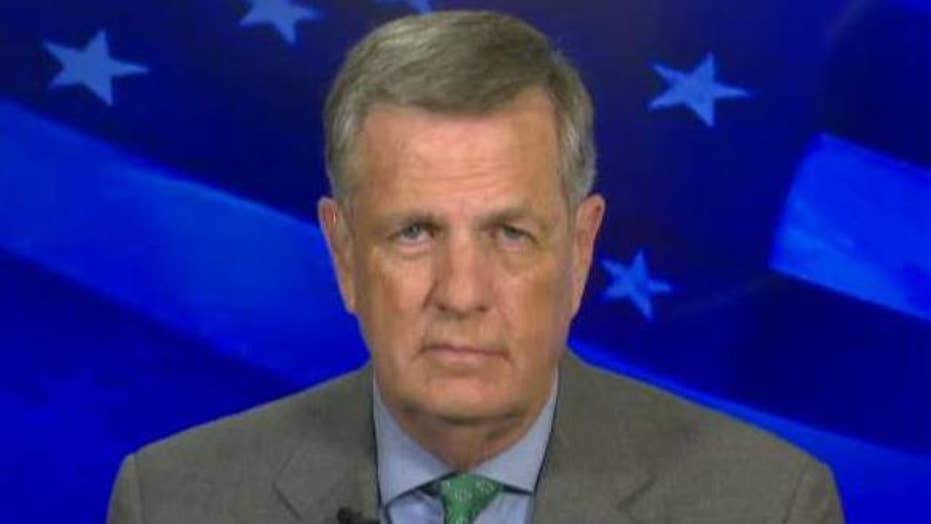 The report issued Monday by Justice Department Inspector General Michael Horowitz exposes deeply disturbing and improper behavior by the Obama-era FBI that led to the investigation of non-existent collusion between Donald Trump’s presidential campaign and Russia.

As the nearly two-year multimillion-dollar investigation by Special Counsel Robert Muller showed, there was no collusion.

Attorney General William Barr said in summing up the inspector general’s report: “The FBI launched an intrusive investigation of a U.S. presidential campaign on the thinnest of suspicions that, in my view, were insufficient to justify the steps taken.”

Moreover, the FISA application to engage in surveillance of Page not only contained significant errors and omissions, but was based in large part on former British spay Christopher Steele’s defamatory dossier full of lies – bought and paid for by Hillary Clinton’s campaign – the inspector general’s report found.

The dossier “played a central and essential role in” getting the warrant from the FISA Court that kicked off the whole Russia collusion investigation, the inspector general found.

In other words, the investigation of the Russia collusion hoax was launched under false pretenses. This shows that the investigation should never have happened. It was a monumental waste of time and money and was a needless distraction that caused division among the American people.

Ignoring all of these facts, Democrats and the anti-Trump media have chosen instead to manufacture yet another baseless conspiracy theory against President Trump as they chase down their wild dreams of impeachment. It seems that nothing will get them to halt their effort to overturn the will of the 63 million Americans who elected Donald Trump be our president.

But as Democrats and their media allies concoct yet another impeachment conspiracy theory – this time basing their witch hunt on a routine telephone call between President Trump and the president of Ukraine – they ignore the significant findings of wrongdoing at the hands of the Obama administration.

So careless was the Obama-era FBI that it “did not [even] press Steele for information about the actual funding source for his election reporting work,” the inspector general’s report found.

You don’t need to be a trained investigator to grasp the blatantly obvious fact that the funding of the Steele dossier by Hillary Clinton’s presidential campaign is a crucial piece of information that should have been revealed to the FISA Court. At a minimum, that funding should raise serious doubts about the accuracy of the Steele dossier, which has since been shown to be a work of fiction.

But rather than probing this questionable sourcing of the Steele dossier, the FBI misrepresented it to the FISA Court and then used the warrant granted by the court to gain access into the private communications of the Trump presidential campaign.

It’s no wonder that the inspector general’s report stated in no uncertain terms that “we are deeply concerned that so many basic and fundamental errors were made… reflect[ing] a failure … by the managers and supervisors… including FBI senior officials.”

Indeed, every American should be deeply concerned.

Enshrined in our Constitution is the Fourth Amendment right to be free from unlawful search and seizure. The Fourth Amendment protects the privacy of us all – from ordinary citizens up to candidates for president. If we allow this precious right to be ignored when dealing with a presidential campaign, it can be ignored when dealing with the rest of us.

This is why a laborious and painstakingly detailed process is required to make the case to the FISA Court justifying when and why surveillance is necessary. That process, however, was marginalized, neutered and completely ignored when it pertained to the private communications of Carter Page.

Desperate Democrats are not content to leave it to the American people to choose our president – either in 2016 or again in the election less than 11 months from now.

First, the Democrats concocted the Russia collusion hoax that was knocked down by Mueller. Now it’s the Ukraine hoax, ignoring an exonerating transcript as bipartisan opposition builds against the attempted coup Democrats are waging against the duly elected president of the United States.

Opting for conspiracy over facts and partisanship over constitutional principles, Democrats have chosen to ignore the damning evidence of wrongdoing by the Obama-era FBI.

But on November 3, 2020, voters will be able to hold accountable the lawless Democrats, who have had one goal since November 8, 2016: take down President Trump and overturn the will of the American people – by any means necessary.