If you’ve been living your life rather than following the latest circus in Washington, you may have missed the fact that the Swamp’s chief scribe has a new book coming out. Or maybe you're unaware that some anonymous, arrogant Trump administration staffer who no one voted for has written in The New York Times about how he or she feels entitled to overrule a president elected by the American people according to the Constitution.

It turns out Bob Woodward doesn’t have a flattering view of President Trump. It also turns out that there really is a deep state conspiracy to thwart President Trump's agenda, organized by his own administration's appointees. Stop the presses! I think we knew that already.

What's more illuminating than Woodward’s gossipy, exploitative book or the pompous, self-important preening of a presidential aide is the D.C. media and political establishment's obsession with covering its own pathetic palace intrigue.

It certainly reminds us of the very worst of Washington – the focus on style over substance, the personal over policy. But it’s even more serious than that. Political appointees (or civil service bureaucrats, for that matter) who actually take pride in subverting the democratic will of the people exemplify the frightening authoritarianism we face at the hands of an entrenched ruling class determined to cling to power regardless of who wins actual elections. 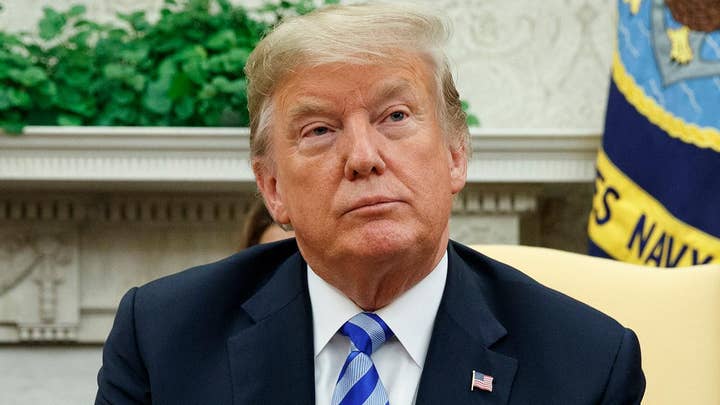 It is a ruling class, moreover, entirely funded by taxpayers for whom it shows constant and complete contempt.

What this week reveals is that the Washington elites have gone mad. They have not only lost touch with the real life struggles of the working men and women of America whom they despise.

This insider club, comprised of people in both parties and the Beltway establishment, has become so isolated from reality that it ignores substantive results – whether that’s economic progress or foreign policy successes like the cowing of ISIS – and instead celebrates the most self-regarding and insignificant people, touting them as headline newsmakers and brave truth-tellers who can enlighten the benighted masses.

President Trump was elected to sweep all of this away, to enact big changes on behalf of the American middle class who perceived, correctly, that for years it did not matter who they voted for, the same people would be in power. And with the same results, namely: the rich and well-connected get richer, while working Americans see their communities collapse, their incomes go down and their jobs go away.

But now the president also risks being consumed in the shallow Washington obsession with anonymous briefings, leaks and tweets. He risks losing sight of why he was sent to the White House in the first place.

The outsiders who elevated Donald Trump to the highest office want him to turn the populist message of his 2016 campaign into a governing agenda that delivers beyond just the economic revival we have seen.

It’s obvious that the president can’t count on the Republican Party in that mission: the GOP seems to have simply ignored the 2016 election and treated it, bizarrely, as a license to perpetuate the crony corporate conservatism that voters explicitly rejected in the primaries.

Meanwhile, on the other side of Pennsylvania Avenue there’s another circus in town: the confirmation hearing for Supreme Court nominee Judge Brett Kavanaugh before the Senate Judiciary Committee.

With red-hooded handmaidens and shrieking outbursts, the spectacle has descended into farce with constant interruptions by juvenile activists who, with the blessings and coordination of Senate Democratic leadership, think it appropriate to turn the hallowed offices of the world's most important deliberative body into the University of California, Berkeley campus.

Insanely, the media elites even tried to smear one of Kavanaugh’s staffers as a white nationalist by falsely claiming she flashed the "white power" symbol with her hands. Weren't these the same people who just last weekend were lecturing us during Sen. John McCain's memorial service that we ought to be more civil to each other?

President Trump, I say this as one of the earliest advocates of the populist revolution: your presidency is at an inflection point. You can continue to play the Swamp creatures at their own game, or you can go over their heads (tails?) and enact a genuinely revolutionary populist program that will reassure your voters, and perhaps even some of your skeptics, that you stand on the side of working Americans. Frankly, your re-election depends on it.

Fortunately, Mr. President, if the Bob Woodward book tell us anything new, it is that your instincts are correct. Too many of your advisers have seen their job as preventing you from delivering on your promises.

Former economic adviser Gary Cohn was clearly one of Woodward’s sources and recounts with great pride his “purposeful” effort to “block some of what (he) believed were the president’s most dangerous impulses.” Hilariously, the Goldman Sachs veteran is now being lionized by the left for his efforts to protect the profits of the super-rich by blocking President Trump’s plans to protect American workers.

Good riddance to Cohn and all the other elitists who put their interests first. When the president identifies the weasel who wrote with such gleeful disloyalty in the pages of The New York Times about being "part of the resistance" from within the White House, he should show him or her the door too.

In fact, President Trump should make a public example of that disgrace of a public servant working for the duly elected president of the United States.

It’s little wonder that the bold agenda for change that propelled Donald Trump to the White House has barely been delivered.

Thankfully, there’s another book out there that offers genuinely transformative solutions to our long-standing problems. A book with answers about how we can restore economic security and opportunity for all American workers, how we can rebuild family and community, how we can finally and comprehensively Drain the Swamp. It could be a blueprint for the rest of the Trump presidency and a surefire way to win re-election in November 2020.

It’s my new book, “Positive Populism,” setting out 27 big ideas for delivering the positive promise of populism – and I can highly recommend it!