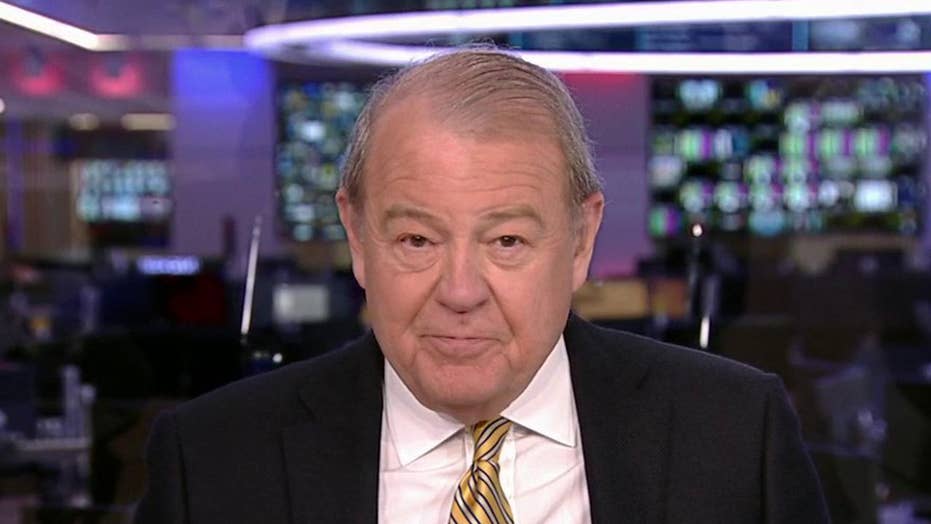 After being subjected to two months of stay-at-home orders, social distancing, skyrocketing unemployment and a crashing economy, many of Hollywood’s most prominent figures are now demanding we continue this misery to fight the spread of the coronavirus pandemic – and do a lot more as well.

In a remarkable and disturbing letter published by French publication Le Monde, more than 200 artists, singers and Hollywood actors and actresses urged leaders and “all of us as citizens” to abandon “the unsustainable logic that still prevails and to undertake a profound overhaul of our goals, values, and economies.”

Because of the pandemic, “it is unthinkable to go back to normal,” the celebrities wrote. “Pollution, climate change, and the destruction of our remaining natural zones has brought the world to a breaking point.”

JUSTIN HASKINS: CORONAVIRUS AND SOCIALISM – AOC AND FRIENDS PEDDLING FALSE CURE FOR WHAT AILS US

What, exactly, do these Hollywood sages contend can save humanity from destruction? They don’t spell out the details, but it sure sounds an awful lot like socialism to me.

For example, in order to avoid the “existential threat” of a “massive extinction of life on Earth,” the signatories say we must give up the “pursuit of consumerism and an obsession with productivity” and instead embrace a “politics of social equity” – a strategy that would require a “radical transformation.”

With Marxist phrases like “obsession with productivity” and “radical transformation,” the letter sounds like something you might hear listening to one of Rep. Alexandria Ocasio-Cortez’s riveting Instagram rants, or perhaps a call for a revolution at a Bernie Sanders campaign rally – before the millionaire socialist senator from Vermont was forced out of the presidential race by the Democratic Party establishment.

What makes socialist propaganda like the Le Monde letter so frustrating is that it’s absolutely oozing with hypocrisy.

Elite leftists love to lecture the rest of us about the dangers of the “pursuit of consumerism” and cry about the alleged harm climate change imposes on humpback whales – or whatever the cause of the moment is. But at the same time, they fly around the world in private jets and bask in luxury in their multimillion-dollar mansions while being pampered by low-wage servants.

Robert De Niro, one of the letter’s most notable signatories, is worth an estimated $500 million or more. Madonna, another signatory, is reportedly riding out the pandemic in a $6.5 million estate in Lisbon, Portugal. Her mansion has been described as “a converted 18th-century palace and has four floors, four bedrooms, seven bathrooms, a guesthouse and even a separate cottage for caretakers.”

Here’s an idea: In the spirit of ending “consumerism,” maybe Madonna can start by shipping one of her seven palatial bathrooms to my wife. I get the strong sense she is tired of sharing one very ordinary bathroom with me.

When you are swimming in cash and aren’t required to stand in line for 40 minutes just to enter the local grocery store – or at risk of joining the 33.5 million Americans who have filed for unemployment over the past seven weeks as a result of government-imposed economic shutdowns – it’s easy to say that the world shouldn’t “go back to normal.”

After all, there aren’t any Hollywood celebrities who are forced to spend their Saturday afternoons battling neighbors at Costco over the last pack of toilet paper. The stars can send their servants shopping for everything they need and don’t worry about having enough money to pay their grocery bills.

The letter in Le Monde proves beyond a shadow of doubt that the wealthiest elites on the left have no problem with using this tragic pandemic to force the rest of the world to live under Orwellian conditions in order to “save the planet” and promote economic “equity” among everyone except themselves.

As is always the case, society’s most glamorous and powerful socialists are much too important to be subjected to the rules they have imposed on the “little people” who can’t afford the lifestyles of the rich and famous.

However, what you won’t hear from Madonna – or anyone else on the far left – is that history has proven repeatedly that the radical policies they have deemed to be vital to saving the planet and humanity have been nothing short of disastrous.

Nor will they tell you that it was free-market, pro-liberty policies – not collectivism – that built America into the most advanced economy in the history of human civilization, allowing people to become so wealthy that they could actually afford to strengthen environmental protection policies.

Similar reforms enacted around the world in the 20th and 21st centuries have produced equally remarkable results.

Following World War II, India adopted numerous socialistic reforms that many on the American left now routinely call for, including the nationalization of key industries. As a result, hundreds of millions of Indians were forced into abject poverty and India’s economic growth lagged behind many of its competitors.

By comparison, from 1950 to the early 1970s the Japanese economy grew 10 times faster than the Indian economy.

But since India enacted some modest free-market policies in the1980s, growth has skyrocketed. In the past two decades, poverty has been cut in half and about 200 million people have moved out of poverty, according to estimates by former American Enterprise Institute President and current Harvard professor Arthur Brooks.

The key to improving human welfare and the environment isn’t to force 99 percent of the world to live in ever poorer conditions while people like Madonna instruct the rest of us from her Lisbon palace about proper living standards.

The blueprint for healthier, wealthier societies was discovered long ago, and begins and ends with empowering individuals with property rights and civil liberties.

No other strategy can better repair our broken world following the COVID-19 era.