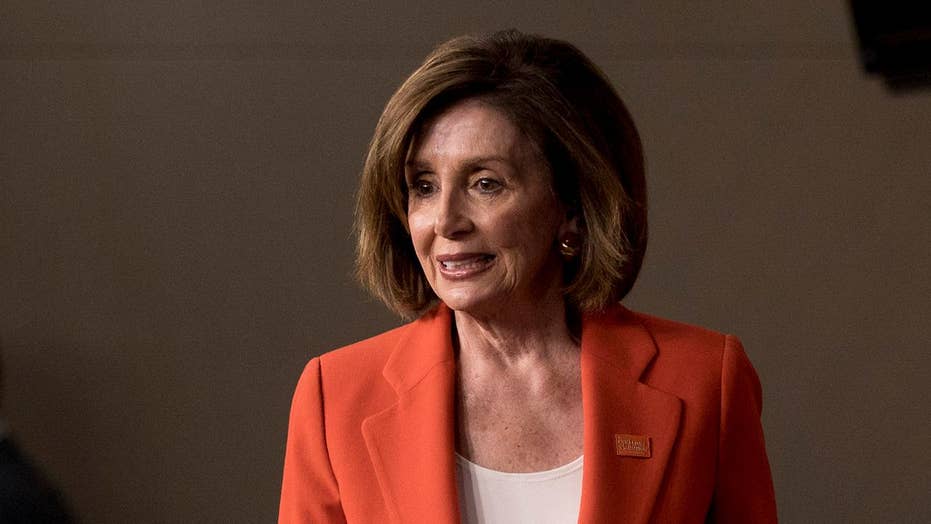 At a June 4 meeting with top congressional Democrats, House Speaker Nancy Pelosi, D-Calif., again refused calls by some in her party to pursue the impeachment of President Donald Trump.

Pelosi isn’t stupid, and this isn’t her first rodeo. She’s seen the negative consequences for parties pursuing impeachment in the past, and she’s not interested in giving Trump a political victory in the run-up to the 2020 election.

However, Pelosi didn’t leave her ravenous left-wing base—and its representatives in Congress—completely empty-handed. Sources who attended the meeting indicated Pelosi told her congressional allies, “I don’t want to see him [Trump] impeached, I want to see him in prison.”

I know the modern political climate closely resembles reality TV, but Americans shouldn’t gloss over just how incredibly important this statement from Pelosi is. To see the speaker of the House of Representatives call for the imprisonment of a sitting president is truly remarkable and terrifying. This is especially true in light of the fact that after more than a year of investigations costing millions of dollars, the Mueller team chose not to recommend a prosecution of the president and never once said it has enough evidence of any crime, including obstruction of justice, to prosecute Trump.

But, apparently, Speaker Pelosi doesn’t care about due process or the fact that all Americans, including Trump, are innocent until proven guilty. And as much as they would like to have found the evidence required to prove Trump “colluded” with Russian officials or committed some other serious crime, Democrats, the Justice Department, James Comey, Andrew McCabe, Robert Mueller, and hundreds of others investigating Trump failed to prove guilt. In fact, they failed to find enough evidence to bring a charge on obstruction or collusion!

Clearly, Pelosi isn’t interested in justice. She’s too busy trying to settle political scores. Like most Democrats in Congress, it seems Pelosi still hasn’t gotten over the fact Trump beat Hillary Clinton—who, by the way, did most likely collude with a foreign government (Ukraine) during the 2016 election, according to a report by Politico.

Pelosi isn’t alone, either. Weaponizing government to target conservatives has seemingly become the norm for the left.

House Judiciary Committee member David Cicilline, D-R.I., said he doesn’t have “any difficulty” with Pelosi’s call for Trump to go to prison.

Politicians’ use of government to destroy their political enemies is more than a little troubling; it represents an existential threat to liberty and the preservation of our representative republic.

“Please, keep it coming Jr – it’s definitely a ‘very, very large brain’ idea to troll a member of a body that will have subpoena power in a month. Have fun!” wrote Ocasio-Cortez on Twitter.

In 2016, Democratic state attorneys general from across the country called for the prosecution of organizations and businesses that are skeptical of the theory humans are causing a climate change crisis. Later in 2016, Democrats voted to add to their official platform a provision calling for the prosecution of businesses that allegedly “misled … the public on the scientific reality of climate change.”

From 2010 to 2013, the Obama-led Internal Revenue Service unjustly targeted and harassed conservative organizations.

And let’s not forget the Russian collusion investigation began under incredibly suspicious circumstances, with the Obama-controlled Justice Department choosing to rely on the Steele intelligence dossier, which it knew had been funded by Democrats and was authored by a biased, foreign source relying on questionable, at best, information.

Some might argue that these efforts compare to Trump’s calls to “lock her [Hillary Clinton] up” during the 2016 campaign, and, to a small degree, they do. No government official (or candidate for office) should call for the imprisonment of anyone without due process.

If new evidence emerges showing Donald Trump—or anyone in Washington, D.C., for that matter—committed a crime, then the government has a responsibility to investigate and hand down charges, when appropriate. But politicians’ use of government to destroy their political enemies is more than a little troubling; it represents an existential threat to liberty and the preservation of our representative republic.