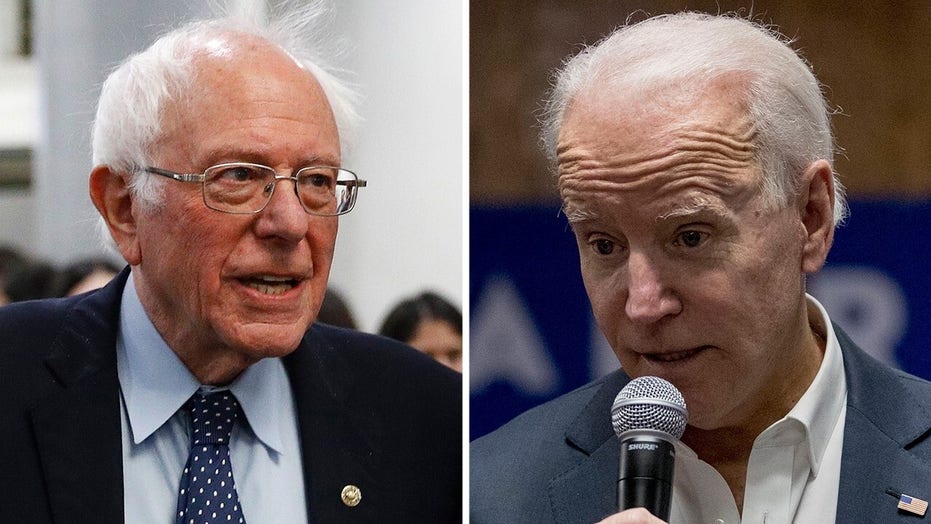 These revolutionary comrades would have you believe they would turn America into a utopian paradise where poverty would disappear, everyone could get “free stuff” including college degrees and health care, climate change would be halted, and on and on and on. And they claim the only Americans who would suffer would be the super-rich – greedy capitalists whose pockets could be picked to get trillions of dollars every year to pay for all the free goodies for the rest of us.

“Workers of the world unite! You have nothing to lose but your chains,” Karl Marx and Friedrich Engels wrote in “The Communist Manifesto” in 1848. Revolutionary predecessors of Sanders and Ocasio-Cortez embraced Marxism and sparked uprisings in Russia, Eastern Europe, China, North Korea, Cuba, Venezuela and other parts of the world.

If you think those countries were paradises on Earth before many moved toward less rigid and more free-market systems, then Comrade Bernie and Comrade AOC are your dream candidates.

Sanders, AOC and some other far-left Democratic candidates would have you believe the vast majority of Americans are suffering today and in dire straits because of evil, exploitative capitalism.

But by any objective measure, that claim is delusional. Unemployment is at near or at record lows for all Americans – including African-Americans, Hispanics, women and Asian-Americans. The U.S. is experiencing the longest period of economic growth in decades. And we enjoy a standard of living that is the envy of billions of people struggling just to get by around the world.

At the same time, beginning just over 100 years ago with the Russian Revolution, communism and socialism have brought other nations dictatorships that took away the freedom of citizens, crippling poverty and food shortages that caused millions of people to die of starvation, and economic catastrophes.

It wasn’t long ago that calling a political candidate in America a socialist or communist was the worst thing you could say about them – and would draw heated denials and even threats of lawsuits. Yet incredibly today, Marx’s disastrous philosophy is in vogue and popular with millions of Americans – particularly young people of my own generation.

Ocasio-Cortez once called capitalism “irredeemable,” and recently lamented in an interview that too many people in Congress – including in the Democratic Party – believe “we can capitalism our way out of poverty.” (She also apparently wants to revolutionize the English language.)

Instead, AOC said we need to embrace the radical, anti-market agenda that she, Sanders and – to a lesser extent – other Democratic presidential candidates say is necessary to solve the world’s problems.

Despite only being in Washington for a year after giving up her career as a bartender, AOC’s ideology has already caused significant damage. For example, her war to keep Amazon from building a second headquarters in the district she represents in New York City caused the city to lose as many as 40,000 jobs with an average annual salary of $150,000.

Gloating over her victory, Ocasio-Cortez boasted that she and her allies had “defeated Amazon’s corporate greed and worker exploitation.” By this definition, everyone with a job is being exploited to benefit corporate greed, and we’d all be better off jobless and living off government handouts.

How to pay for all those handouts? Even if we literally took every penny from millionaires and billionaires we couldn’t do it. But please don’t bother the congresswoman with little technicalities. She’s a famous celebrity, after all.

If the 20th century has taught us anything, it’s that socialist and communist policies – regardless of how well-intentioned their supporters are – don’t fix poverty and, in fact, often make the problem much worse.

But don’t take my word for it. Ask one of the millions of people who have fled during the past decade from Venezuela, where things have become so bad that people have resorted to eating zoo animals for survival and have been forced to endure shortages of everyday goods we take for granted – like toilet paper.

Or consider the tens of millions of people who starved to death or were imprisoned by socialist and communist governments in the Soviet Union and China.

True, China has experienced remarkable economic growth in recent years – but only after abandoning doctrinaire communism and adopting some free-market elements in its economy, freeing hundreds of millions of people from poverty.

China still has a lot more work to do before it can be considered anything close to a truly free and prosperous society, but there is no denying it has made a great deal of progress in recent years because of its decision to move away from some Marxist principles.

None of this is to say, however, that America’s current economic system is as good as it gets.

The United States, like every other country, still has far too many people suffering in impoverished communities, many of which have been ravaged by crime, drug and alcohol abuse, and numerous other societal problems.

According to a September 2019 report by the U.S. Census Bureau, more than 38 million Americans lived below the poverty line in 2018 – nearly 12 percent of our population. Although poverty may never be totally eliminated, 38 million people living in poverty is far too many for a nation blessed with the land, resources, and high-quality educational institutions we have available to us. We can and must do better.

As tempting as it is to say the best way to resolve poverty is to steal money from the wealthy and middle class to build yet another massive government program, this strategy has proven to be a massive failure around the world and in the United States, especially over the past half-century.

In truth, relying on free-market capitalism, shrinking government, reducing regulations and cutting taxes will do far more to help people climb out of poverty and achieve the American Dream than socialism ever will.

How would that work?

I’ll answer that question in Part II of this column, coming next week.