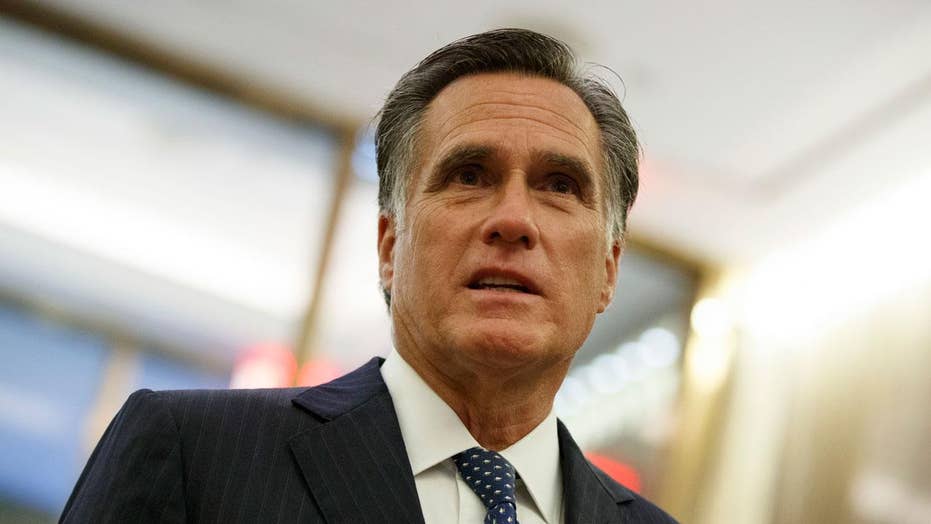 "The party told you to reject the evidence of your eyes and ears. It was their final, most essential command." – George Orwell, "1984"

The Senate impeachment trial of President Trump ended not with a bang but a whimper. What different outcome could one expect from a trial without so much as a single witness, a single document, any cross-examination or a defendant respectful enough to show up?

Law students are taught early on that a trial is not a grudge match or an ordeal; it is a search for the truth. Trial lawyers know that cross-examination is the most effective truth-testing tool available to them.

But the search for the truth requires witnesses, and when the command from Senate Republican leaders came down that there shall be no witnesses, the truth-telling mission of Trump's trial was radically transformed into a steamroller of political power.

And in its wake is a Congress ceding power to the presidency, almost as if the states had ratified a constitutional amendment redefining the impeachment language to permit a president to engage in high crimes and misdemeanors so long as he believes that they are in the national interest and so long as his party has an iron-clad grip on the Senate.

How could presidential crimes be in the national interest? Here is the backstory.

When the House of Representatives voted in favor of two articles of impeachment against Trump, it characterized his lawlessness as contempt of Congress and an abuse of power.

The contempt of Congress consisted of Trump's orders to subordinates to disregard congressional subpoenas. Both Republican- and Democratic-controlled Houses of Representatives have deemed such presidential instructions in an impeachment inquiry as impeachable per se.

The abuse allegations address Trump's solicitation of assistance for his reelection campaign from a foreign government by holding up the release of $391 million in military aid to the same foreign government. These funds were congressionally appropriated and ordered to be paid by legislation that Trump had signed into law.

Federal law prohibits such solicitation as criminal and prohibits government officials from seeking personal favors in return for performing their governmental duties. The latter is bribery.

Because the solicitation that Trump committed was a crime against the government, it is among those referred to when the Constitution was written as a "high" crime. High crimes are a constitutional basis for impeachment, along with bribery and treason.

The evidence that Trump did this is overwhelming and beyond a reasonable doubt, and no one with firsthand knowledge denied it. Numerous government officials recounted that the presidential leverage of $391 million in U.S. assistance for a personal political favor did occur and the government's own watchdog concluded that it was indisputably unlawful.

The favor Trump sought was an announcement by the Ukrainian government of the commencement of an investigation of Trump's potential presidential foe, former Vice President Joe Biden.

While the Senate was hearing House prosecution managers argue their case, and Trump's lawyers challenged those arguments, The New York Times revealed that John Bolton, Trump's former national security adviser, had authored an as yet unpublished book demonstrating that the House case against Trump was true.

True because, unlike the senators who shut their eyes and ears at Trump's trial, Bolton saw for himself the presidential tit-for-tat machinations that the House had alleged and, if proven, were criminal and impeachable.

The Times also revealed the existence of 24 emails sent by Trump aides manifesting indisputably his lawless behavior. But the emails are secret.

At the same time, two signal events occurred in the impeachment trial. The first was an argument by Trump's lawyers that every president seeking reelection believes his victory will be in the national interest and thus all presidential efforts toward that victory are constitutional and lawful.

This morally bankrupt, intellectually dishonest argument – which effectively resuscitates from history's graveyard President Richard Nixon’s logic that "when the president does it, that means that it is not illegal" because the president is above the law – must have resonated with Senate Republican leaders.

The leaders coerced their Senate Republican colleagues into embracing the view that – since the president did not want Bolton to testify or White House emails to be revealed – they must bar all witnesses and documents.

The second signal event was shameful. It was the 51 to 49 Senate vote to bar witnesses and documents from the trial.

Isn't it odd that a president who clamors for exoneration, who claimed loud and long that he committed no crime and did no wrong, who insisted that his request to the Ukrainian president to seek dirt on Biden in return for American financial assistance was "perfect," would command the members of his own party to block testimony adverse to him – rather than hear it, cross-examine it, challenge it and thereby obtain the exoneration on the merits that he seeks?

Do innocent people behave this way?

If Trump really believes he did not commit any crimes and any impeachable offenses, why would he orchestrate blocking evidence? And who – having taken an oath to do "impartial justice" – would close their eyes to the truth? How could such a marathon of speeches possibly be considered a trial?

Trump will luxuriate in his victory. But the personal victory for him is a legal assault on the Constitution. The president has taken an oath to preserve, protect and defend the Constitution. Instead, he has trashed it.

How? By manipulating Senate Republicans to bar firsthand evidence and keep it from senatorial and public scrutiny, Trump and his Senate collaborators have insulated him and future presidents from the moral and constitutional truism that no president is above the law.