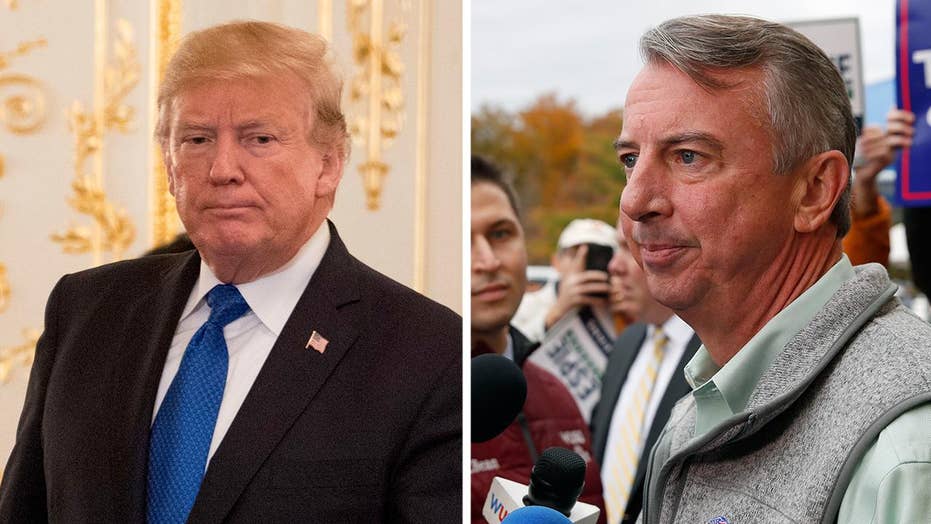 Editors note: This column originally appeared in The Hill.

Well, there goes the fake news.

It is real news that Republicans got shellacked on Tuesday in gubernatorial races in Virginia and New Jersey.

And it is real news that President Trump’s grip as the party’s leader loosened for the first time since he claimed the White House.

Republicans running in 2018 saw the reality of an anti-Trump wave among white suburban voters. House Republicans rely on votes from suburban areas to keep their majorities in states such as Pennsylvania, Georgia and Florida.

Republicans currently hold 23 seats in congressional districts won by Hillary Clinton in 2016 and 11 in districts she lost by fewer than 5 percentage points.

Now the urgent fear among Republicans on Capitol Hill is a 2018 landslide for Democrats as voters turn on Trump.

The anger at Trump was evident in exit polls conducted by Edison Media Research.

In Virginia, Republican Ed Gillespie won 91 percent of voters who “approve of the way Trump is handling his job as president.” Democrat Ralph Northam won 87 percent of those who disapprove.

In essence, Gillespie had all the Trump voters. But there just weren’t enough of them and Northam won easily, by 9 points.

People upset with Trump turned out in big numbers. In fact, exit polls showed one-third of the electorate wanted to send a message of opposition to Trump with their vote for governor.

Now the urgent fear among Republicans on Capitol Hill is a 2018 landslide for Democrats as voters turn on Trump.

The vote in Virginia comes on the heels of Trump’s disapproval hitting 57 percent in the latest Fox News poll.

Trump’s support among self-identified Republicans remains high at 83 percent in the Fox poll, but fewer people overall are identifying themselves as Republicans.

That sets the stage for the battle to claim the future of the party going into the 2018 races.

On one side, you have Trump and Stephen Bannon, his former top political aide. On the other side are the Presidents Bush, both 41 and 43, with Senate Majority Leader Mitch McConnell, R-Ky., and Speaker Paul Ryan, R-Wis., trapped in the ring and ducking punches from both sides.

The fight comes down to a contest between Trump’s anti-immigrant, isolationist, white grievance politics and the Bush policies favoring immigration, free trade and growing the party through outreach to racial minorities.

After last week’s defeat in Virginia, Trump and Bannon quickly threw dirt on Gillespie. Trump said Gillespie did “not embrace me or what I stand for.” Bannon piled on by saying the “lesson” of the loss was that future Republican candidates must avoid campaigning with President George W. Bush and “embrace the entire Trump agenda,” to the point of taking Trump on the campaign trail.

But Gillespie, the former party chairman, did use Trump-like advertising that focused on stirring fear of immigrants by tying them to MS-13 gangs; he did defend Confederate statues; and he did attack athletes kneeling to protest police brutality.

The Bush team also punched back.

“This guy doesn't know what it means to be president,” the younger President Bush said of Trump in an interview for a new book.

“I don't like him,” the elder President Bush told author Mark Updegrove. “I don't know much about [Trump], but I know he's a blowhard. And I'm not too excited about him being our leader.”

"If one presidential candidate can disassemble a political party, it speaks volumes about how strong a legacy its past two presidents really had," an unnamed White House official told CNN. “And that begins with the Iraq war, one of the greatest foreign policy mistakes in American history.”

The split between Bush-style establishment conservatism and Trump populism has already hurt the party with about two dozen House Republicans announcing this is a good time for them to leave.

That rush for the door comes as polls show “voters say they prefer Democratic candidates for the House of Representatives over Republicans by the widest margin in over a decade,” The Washington Post reported before Tuesday’s GOP collapse.

Ryan said last week that despite the intraparty fight, it is too late for his House caucus to do anything but side with Trump on the future of the party.

What must Republican congressional candidates be thinking today when their Speaker tells them they are handcuffed to a president who has the lowest approval rating in 70 years? At what point do they ignore the Speaker’s directive, cut ties with the president and strike out on their own?

A recent Washington Post/ABC News poll found that just 37 percent of Americans approve of the way Trump is handling his job, while 59 percent disapprove. In the history of the poll, no American president has had a net negative rating so high in his ninth month in office since Harry Truman in 1945.

But Ryan has the real news: Every Republican on the ballot in 2018 will have Donald Trump as a running mate.