After the release of the Mueller report, President Trump and the White House take a victory lap and attack the unfairness of the Russia investigation.

The time for an accounting has arrived for former senior members of the FBI and Intelligence Community. They aided and abetted in propagating a false narrative about the Trump campaign colluding with Russians, accused the President of the United States of being a “traitor,” and misled the American people. They made Donald J. Trump the Alfred Dreyfus of the 21st century: a completely innocent man, framed by his own government because of who he was (Dreyfus, a Jew, was the victim of French anti-Semitism) and not what he did.

Dreyfus was framed of spying for the Germans based on a forged document. Trump was framed by a fraudulent dossier.

Worse, the framing was done as a distraction to cover up for those who weaponized our law enforcement and intelligence tools against a political opponent. President Trump deserves an apology from them all.

NADLER SAYS THERE IS 'PLENTY OF EVIDENCE OF OBSTRUCTION' IN MUELLER REPORT, BELIEVES DON JR. SHOULD HAVE BEEN CHARGED

Punishment for the former FBI and intel officials should include removal from boards, sinecures, speaking gigs, and TV. They denied this country a president-in-full for two years, not just as a political vendetta but also to conceal what some of them had done. Their offense was compounded by the fact that they used the uniqueness of their law enforcement and intelligence community former high-level positions to make it appear they knew more than they did. They besmirched themselves as well as their agencies’ decent, dedicated personnel.

After his May 2017 firing, former FBI Director James Comey joined former DCIs John Brennan, Michael Hayden, and Michael Morrell, and former DNI James Clapper, who had been hurling false accusations at the president, his family and aides since the November 2016 election.

These folks cast guilty aspersions without any basis, as evidenced by the fact that after two years, $25 million, and many threats by Mueller’s team to get witnesses to testify falsely, no “conspir[acy] or “coordinat[ion]” could be “establish[ed].” (“Collusion” is not in the U.S. criminal code.)  If these former heads of intelligence could be so wrong, what kind of intelligence product did they produce for the presidents they served? 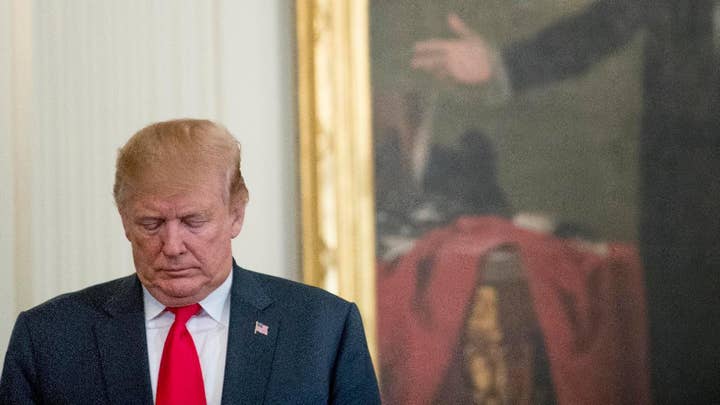 These “formers” pleaded with Americans to join in their craven quest. Numerous law professors did so. Former U.S. Department of Justice appointees did so as well. These lawyers committed a grave disservice to our profession by pretending that they were rendering legal opinions when in fact they were rendering political opinions about Russian collusion facts.

Why did President Obama do next to nothing about the Russian interference in the 2016 election? Why did information about the 12 Russian intelligence officers (GRU) who were indicted by Mueller in 2018 not come to the attention of Director Brennan and DNI Clapper, who appear to have missed all the signs of actual Russia interference in the election?  To hear them opine on NBC and CNN, they could see Russian collusion from their front porches.

How do Brennan and Clapper respond to the special counsel’s finding that there was no evidence of conspiracy or coordination between the Trump campaign and the Russians?  They do not apologize. They double down.

Brennan claimed that he must have received “bad information” about the Russian conspiracy but he was certain there had been “inappropriate conversations” with Russians.   Inappropriate is not a basis for prosecution under the U.S. criminal code. Shortly before the Mueller report was made public, Brennan confidently predicted on MSNBC that he “smell[s] more indictments” of a number of people whose names are quite familiar. Apparently, his nose was congested.

Clapper claimed if there was not “active collusion” then there was “passive collusion,” a meaningless, contradictory term because it takes action to collude.

These people led the charge to misinform the American people and sew discord in our country. It is not President Trump who has acted treacherously, it is they.

Some of these “formers” helped activate and perpetuate the scheme against the president. Others glommed onto the narrative because they supported Hillary and, more significantly, were anti-Trump. It will be up to Attorney General Bill Barr to distinguish between the two in his investigation of how the false scenario began. In the meantime, why do any of them have any credibility to opine on the issues of the day?

It took Dreyfus 12 years to get exoneration and an apology from the French government. How long will it take Donald Trump?