This month, the Trump administration served as a catalyst for perhaps the largest criminal justice public-private-partnership ever assembled, jobs for formerly incarcerated people as they reenter society.

Virtually all of my cellmates wanted the dignity of work, so they could support themselves and their families, reunify with their families, and restore their self-worth. However, there is a stark difference between desiring to work and having a job available to you.

Fortunately, this administration understands this challenge and is working to promote second chance hiring to ensure inmates have opportunities to succeed after they have paid their debt to society and leave prison. 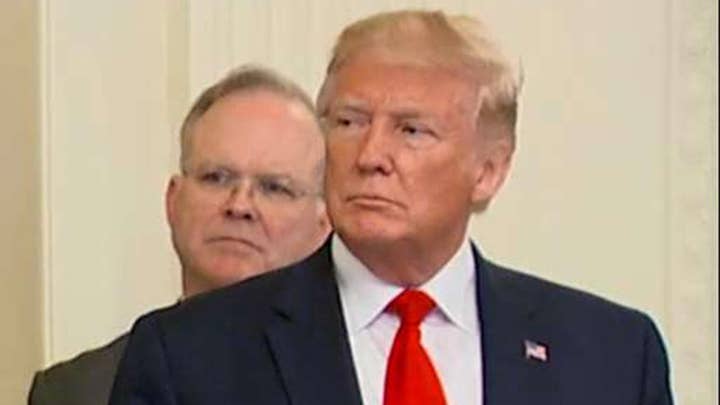 For example, the U.S. Department of Labor is increasing access to fidelity bonds for companies that hire returning citizens. The U.S. Department of Justice launched a “Ready to Work” initiative at the Bureau of Prisons to allow employers to connect with potential job candidates as they prepare to be released. And even the U.S. Department of Energy is working to fill jobs in this growing field. Governors across the country have also streamlined state services in order to reduce barrier to gainful employment.

More and more employers are realizing that second chance hiring is not only good for their businesses but also good for society as inmates with meaningful jobs are far less likely to return to criminal activity.

While this unprecedented level of governmental coordination is critical, the government cannot and should not do it alone. Private sector engagement is even more important as it is the driving force that spurs national economic growth.

Understanding the pivotal role of the private sector in second-chance hiring, the Society for Human Resources Management (SHRM) continues to throw their 300,000 human resources professionals behind this effort. Goodwill International pledged its national network of reentry providers as reinforcements to this endeavor.

More and more employers are realizing that second chance hiring is not only good for their businesses but also good for society as inmates with meaningful jobs are far less likely to return to criminal activity.

Celebrities have also joined this effort to work alongside groups like the Texas Public Policy Foundation's Right on Crime project, and Safe Streets & Second Chances, which takes an evidence-driven approach to criminal justice reform.

Notably, Kim Kardashian West found a solution to one of the largest employment barriers: transportation. In February 2019, Florida State University released a report that cited transportation as one of the major hurdles for returning citizens in both urban and rural communities. West worked with criminal justice reform leaders to create new partnerships with ride-share services to establish a practical solution that reassures the business community as they make hiring decisions.

Today’s employers can invest in returning citizens with confidence thanks to this public-private-partnership. This should result in safer communities and greater employment with increased positive effects on the economy as you move an individual from a taxpayer drain to a taxpaying contributor. In addition, many returning citizens will be able to successfully navigate their own roads to redemption to become a functioning contributor to society.

I would not have the privilege of speaking on stage with the president recently if an employer did not give me the chance to prove myself.

I am married and expecting a baby daughter, and will be able to support my new family because a business leader believed in me. Thanks to the First Step Act and recent announcements, returning citizens across the country will be able to experience the same blessings.