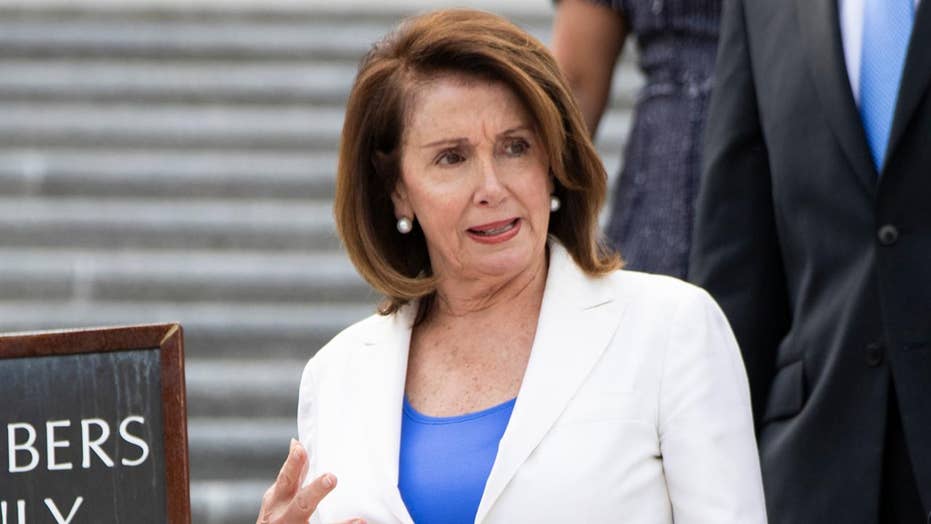 California’s primary Tuesday was important because it could determine who wins control of the House of Representatives in November – along with the power to impeach President Trump.

With the caveat that many absentee ballots that were mailed as late as Election Day still haven’t been counted, my analysis is that the odds of Democrats capturing a House majority are worse today than they were before the primary votes came in.

Democrats see their path to control of the House running through two dozen districts across the country that sent a Republican to Congress in 2016, but voted for Hillary Clinton over Donald Trump. A full seven of those districts are in California.

Most news accounts are focusing on how Democrats are breathing a sigh of relief. California’s quirky “top-two” open primary system – also known as the “jungle primary” – throws all of the candidates into the same pool. The top two candidates regardless of party advance to the November election.

If California’s final results reflect the current vote totals, then Democrats start out with an advantage in only one of their seven targeted seats in the state.

This system threatened to create scenarios in which Democrats could have been boxed out in some districts, with two Republicans running against each other in the November general election. That didn’t happen in any of their targeted seven districts.

Despite its many flaws, the “top two” primary system has the advantage of providing real data on the strength of the parties just five months before the election. In both states where it’s used – California and Washington state – the total primary vote for all Republicans versus the total primary vote for all Democrats has almost always been within a couple points of the November result.

Other analysts agree about the predictive value of the California primary when it comes to figuring out what will happen in November. As Larry Sabato's Center for Politics pointed out last month: "Although the two-party voting in the primary is not a perfect predictor of the general election, the Democratic two-party percentage in the top-two primary and the Democratic two-party percentage in the general election were almost perfectly correlated in 2012, 2014 and 2016.

In other words, if one party wins a majority of the total vote in June, it almost always takes the seat in November.

On that basis, Democrats didn’t fare so well in the California primary. Of their seven targeted GOP seats carried by Hillary Clinton in 2016, the combined total of all Democratic candidates exceeded those of all Republican candidates in only one – the 49th District, vacated by Republican Representative Darryl Issa. And in that district, Democrats currently have only 50.2 percent of the total vote.

Here’s how the others break down (again, noting that absentee ballots remain to be counted).

The 10th District, which includes Modesto, backed Hillary Clinton by 49 percent to 46 percent. But Republican incumbent Jeff Denham and another Republican won a combined total of 52 percent of the vote. That’s a good sign Denham can hold his seat.

Republican David Valadao represents the Hispanic 21st District near Fresno. Hillary Clinton trounced Donald Trump there by 55 percent to 40 percent. But Valadao took a stunning 63 percent of the primary vote, putting him in solid shape to win in November.

In the 25th District, which includes the Antelope Valley north of Los Angeles, Hillary Clinton won by 50 percent to 43 percent in 2016. But GOP incumbent Steve Knight won 53 percent of the primary vote on Tuesday.

But the Fullerton area seat is now heavily Asian and former Royce aide Young Kim won an impressive 22 percent to outpoll all other candidates and secure a spot on the November ballot.

Together, all the Republicans running won 53 percent of the vote, Democrats won 45 percent and other parties won 2 percent.

Significantly, Republicans won a major victory in this part of Orange County. They easily recalled from office Democratic state Senator Josh Newman, who had provided a crucial vote to raise the state’s gasoline tax last year.

In the last 100 years, only four legislators before Newman had been successfully recalled from office out of 77 attempts. Newman’s recall shows the anti-tax fervor that Orange County is famous for is alive and well.

California voters statewide will decide whether or not to roll back the gas tax hike in November.

The Orange County-based 45h district, which includes Irvine, was carried by 50 percent to 44 percent by Hillary Clinton in 2016. But this year freshman GOP Rep. Mimi Walters won 53 percent of the primary vote, while all Democrats only carried 44 percent.

Democrats can be pleased that they avoided being boxed out of the November ballot in the Huntington Beach-based 48th District, which voted 48 percent to 46 percent for Clinton. They had worried that incumbent Republican Rep. Dana Rohrabacher and his estranged protege Scott Baugh would secure the top two places on the ballot.

But Democratic leaders in Washington spent money to ensure a Democrat would face Rohrabacher in the fall. Their problem is that 2018 primary voters gave a total of 52 percent of their primary ballots to GOP candidates and only 47 percent to Democrats.

Finally, the suburban San Diego 49th District is the most vulnerable to a Democratic takeover in November, having voted 51percent to 43 percent for Hillary Clinton just two years ago. But even here Democrats captured just 50.8 percent of the total vote despite having a more energetic primary than Republicans who captured 48 percent of the vote.

Democrats are spinning the results as evidence their blue wave is still building in California. But in reality, it looks like at best a rising tide.

If California’s final results reflect the current vote totals, then Democrats start out with an advantage in only one of their seven targeted seats in the state. If they win only that one, they would need a big lift to win enough districts in GOP-held seats in states such as New Jersey, Pennsylvania, Texas and New York to take back the House.

The bottom line from Tuesday’s primaries is this: The race for House control looks closer than ever, but any spin that Democrats are favored to take the House is probably just that. Democrats are left hoping that possible Trump scandal revelations shift momentum to them in the next five months, while Republicans will be counting on the rising economy giving their base and independent voters a reason to turn out for the GOP.