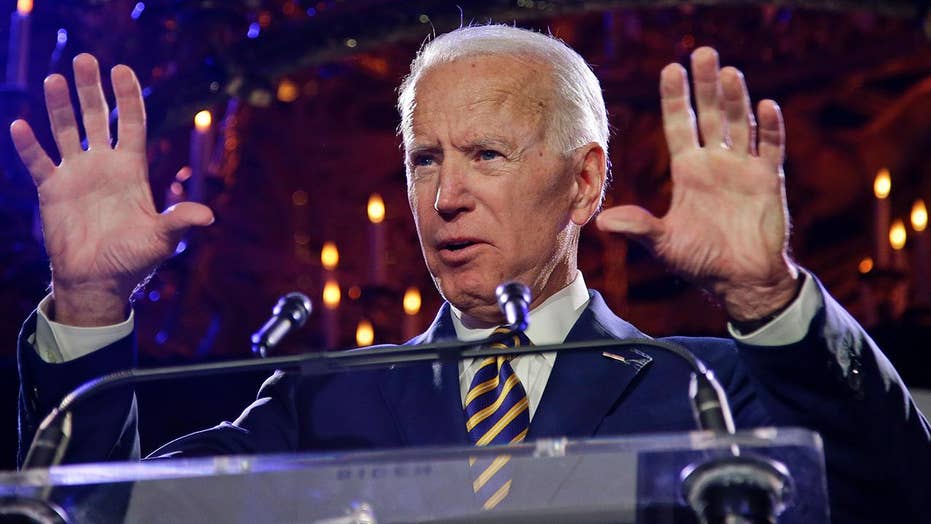 Joe Biden is in the news again. Yes, he probably wants to be president. This time, however, he is in the news because of another well-timed allegation about his behavior which may keep him out of the race altogether.

Joe Biden is certainly the most qualified Democrat to run for president. In plain truth, however, Democrats have never “Berned” for Joe Biden and even if he gets in the race his candidacy will fade.

In the crowded field of contenders, former Vice President Joe Biden was at the top of the polls. In the latest Fox News Poll, Biden is at 31 percent and Sanders is at 23 percent. That lead is much like his lead in the CNN poll, Biden has 28 percent of Democrats support whereas Sanders has 20 percent. An Emerson poll has Biden and Bernie Sanders tied at 26 percent.

LIZ PEEK: BIDEN ACCUSED OF UNWANTED KISS, MAY HAVE KISSED HIS CHANCE FOR DEM NOMINATION GOODBYE

Those numbers were logged before the latest allegation related to Biden’s, at times, creepy behavior toward women.

Those relatively low numbers also reflect the fact that there is no dominant force in the election this year for the Democrats. Instead, there is a crowded field of divided support. Nevertheless, Sanders and potential candidate Biden are the top two. 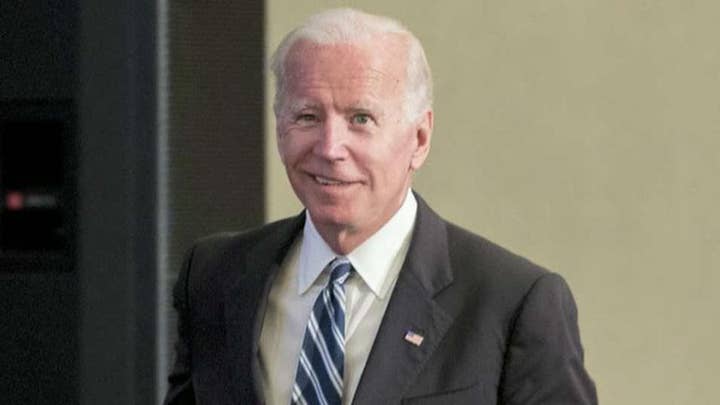 Joe Biden won’t be the nominee, however. Here are the three reasons why:

3. The Democrats have never burned for Joe.

Bernie Sanders announced stature is meaningful. I wrote in a recent op-ed that Bernie Sanders will most likely be the Democratic nominee for various reasons. One reason being that Sanders has run a nationwide campaign and his supporters are the most committed.

Indeed, as the sitting vice president, with presidential ambitions, Joe Biden wasn’t even part of the 2016 primaries. For a vice president of eight years, that is pretty rare (yes Dick Cheney didn’t run but he said all along he wouldn’t). It was also a reflection on Biden’s tepid support among Democrats over the years, including two prior failed runs for the presidency dating back to 1988.

Fast forward to today, not enough has changed for Joe Biden.

2.  The party has moved too far left for Biden.

Don’t just take my word for it; consider this recent AP headline: "Joe Biden faces a challenge winning over progressives. That challenge is affecting Biden’s fundraising efforts."  According to CNBC, "Skeptical Democratic donors tell Joe Biden they will not raise funds for him at the start of the 2020 campaign."

Major donors admitted that “they’re not yet convinced he can overtake the younger, more diverse and progressive field, and that they are going to wait to see how he competes in the race.”

That says a lot and Biden needs major donors more than his opponents because he does not generate social media buzz like his younger opponents.

That statement recognizes that Biden’s politics may be too centrist for this Democratic primary season. Even though Biden has said “I have the most progressive record of anybody running ... anybody who would run.” Although that is likely not true (Sanders far left “record” is hard to beat), the key word there is “record.”

Today’s Democratic contenders are not running on their past, they are running on farther left promises. As I wrote in January, the Democrats' [are in a] bidding war -- to tax and spend your money. The question for Biden is whether he will be able to keep up with his opponents in that bidding war and retain his centrist appeal. He won’t and that will limit his appeal.

Back in 1988, 31 years ago, Biden made his first presidential run. He was a senator with a prestigious position on the Senate Judiciary Committee and an ability to raise money.

Biden, however, was forced to withdraw over numerous plagiarism stories and his puffing of his resume.

Joe Biden’s 2007-08 run for president left off like his run 20 years before – “arguing that his public comments were being misinterpreted.” During that election cycle, Biden was dogged by gaffes such as describing Barack Obama as "the first mainstream African American who is articulate and bright and clean and a nice-looking guy. I mean, that's a storybook, man," and "You cannot go to a 7-Eleven or a Dunkin' Donuts [in Delaware] unless you have a slight Indian accent. I'm not joking."

Despite it being said at the time that “Biden occupies the sensible center of the Democratic Party,” Biden finished 5thin Iowa and promptly withdrew.  It was also said that the “only thing standing between Joe Biden and the presidency is his mouth.”

Today, Joe Biden, despite decades of service to his party and the country, is still is not considered the solid front-runner of his party. Allegations keep side-tracking his message.

Some question his age. Some question whether he is left enough for the times. Others know he has not done well in past. In 2020, all of those doubts will mean that the Democrat’s presidential nomination will elude Biden once and for all.