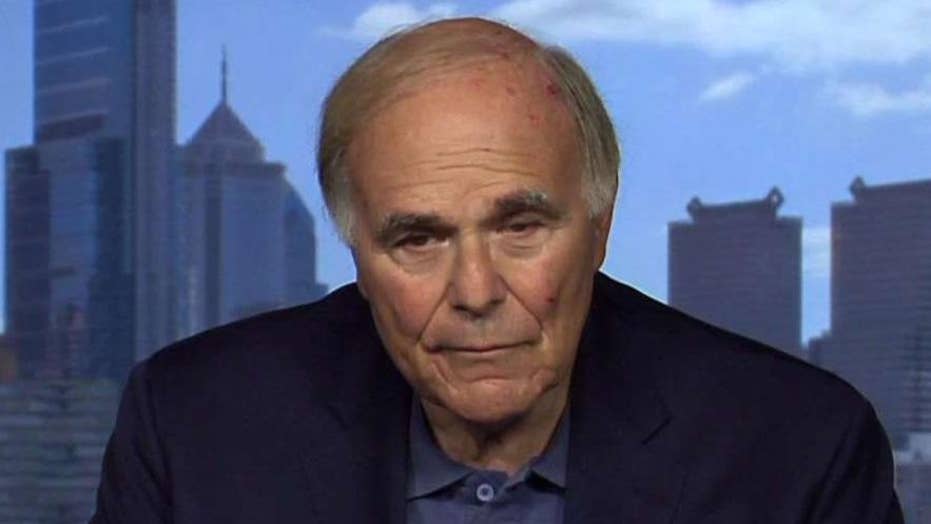 Green New Deal costs too much

Billions of dollars are being spent each year in the U.S. to attempt to very slightly slow the pace of climate change – while raising the price of the energy we rely on and the goods and services we buy, and destroying jobs.

Meanwhile, the fantasy-based Green New Deal embraced by many Democrats would increase spending by an unachievable level to combat climate change and to fund other far-left priorities – costing at least $93 trillion over the first 10 years, according to a study by the American Action Forum.

That works out to about $600,000 for every U.S. household, according to the study. Would you like to pay that much more in taxes over the next decade?

Acknowledging that there’s not $93 trillion available, supporters of the Green New Deal advocate simply printing more money. Never mind that this is a recipe for hyperinflation that would destroy the value of U.S. currency and send our economy into a depression – the Green New Deal dreamers can’t be bothered with details.

The Green New Dealers call climate change settled science, and if you disagree with them they say you’re a stooge of the oil companies, stupid, or evil – or all three.

What they don’t tell you is that – as Ben Adler wrote in an opinion piece for The Washington Post May 2: “... the United States is currently responsible for only 15 percent of global greenhouse gas emissions, and that share is declining as pollution from the developing world rises.”

Adler, who is a senior editor at City & State NY, goes on to say that even massive cuts in greenhouse emissions from the U.S would be insufficient in the fight against climate change unless every other rich country makes similar cuts immediately.

Adler is right, and many others have made the same point before. Carbon dioxide (which we all exhale every time we breathe) and other greenhouse gases that are believed to cause global warming are emitted all over the world and cross borders.

So reducing greenhouse gas emissions in Iowa won’t slow climate change if emissions of the gasses go up in India, Iran and Indonesia.

It’s an established fact that the draconian steps mandated by the federal Environmental Protection Agency to reduce greenhouse gas emissions in the U.S. would only prevent the planet from warming by 0.01 degrees Celsius – an almost imperceptible amount.

Former EPA Administrator Gina McCarthy said: “The value of this rule is not measured in that way. It is measured in strong domestic action which can actually trigger global action to address what is a necessary action.”

In other words, McCarthy does not dispute the fact that the impact of enormously costly and disruptive new environmental regulations in the U.S. on climate change would be minimal. Her argument – and the argument of Green New Deal supporters – is that the U.S. should adopt such regulations to set an example for rest of the world.

Of course, what you won’t find in McCarthy’s testimony or that of those who agree with her is the fact that saddling the American people with costly environmental regulations would be of great benefit to our competitors and adversaries around the world.

In the 1980s, President Ronald Reagan cautioned European leaders against relying on the Soviet Union for energy. Thirty years later, we find the European Union has an enormous dependence on guess who? Russia.

It’s an indisputable fact that oil, coal or natural gas produced in Russia, China or Iran sends as much greenhouse gasses into the global atmosphere as the same amount of fossil fuels produced in the U.S. But U.S.-produced energy strengthens our economy, creates jobs and reduces our foreign trade deficit.

The EU obtains more than half of its energy from imports. Of these imports, Russia is far and away from the largest partner, providing nearly one-third of crude oil imports

It’s no coincidence European nations were paralyzed and unable to react when Russia decided to annex Crimea from Ukraine. Being responsible for keeping the lights on gives Russia plenty of leverage.

For the last two decades, climate change alarmists have done everything in their power to limit our own production of fossil fuels. While they may believe they are saving the world, they don’t realize (or perhaps they do) that they are benefiting countries like our adversaries Russia, Iran and China.

The EU could be buying its energy from the United States. But during recent decades, while we had an ocean of fossil fuels beneath our feet, even the U.S. was sending money overseas to import energy for our own consumption.

It’s an indisputable fact that oil, coal or natural gas produced in Russia, China or Iran sends as much greenhouse gasses into the global atmosphere as the same amount of fossil fuels produced in the U.S. But U.S.-produced energy strengthens our economy, creates jobs and reduces our foreign trade deficit.

Luckily, in spite of the extreme environmental restrictions and hysteria, smart heads have prevailed. U.S. energy production is now booming under the Trump administration. Unlike President Barack Obama, President Trump has an energy policy based in reality.

If you live in Philadelphia, Cleveland, Detroit or any city that has been struggling to stay afloat, take a look around and then go online and look at pictures of Dubai, which is part of the United Arab Emirates. Then ask yourself why your city doesn’t look like Dubai.

Perhaps it is because the politicians who run your city have done everything in their power to prevent our great country from unleashing our energy economy. They are happy to scare you and tell you that the world will end if we don’t get rid of fossil fuels in just a few years.

These Chicken Little environmental alarmists have been saying this every year for the last 20 years. Our foreign adversaries and competitors love them, because the alarmists ensure the foreign producers will make billions of dollars more every year – picking the pockets of the American people.

We have to be smarter. If solar and wind energy were viable economic alternatives, they would have replaced fossil fuels already. And if they become viable in the future they will replace fossil fuels in the years ahead – that’s how the free market works.

Should we adopt initiatives like the Green New Deal, we wouldn't be the only ones to suffer. We would increase not only our own dependence on foreign energy but the dependence of our closest friends.

We all care about our planet and the environment. Nobody likes pollution and we all desire clean energy. But climate change does not exist in a vacuum. We need to look at the costs of draconian environmental regulations and the benefits the regulations provide.

Bankrupting our nation, taxing the American people at impossible levels, and sending our economy into a depression are too high a price to pay for reducing the rise in global temperatures by 0.01 degrees Celsius.

As you listen to presidential, congressional, and state and local candidates for elected office next year, keep all this in mind. While the Green New Deal may sound good at first glance, it looks very different when you examine the terrible harm it would cause to our nation and to the American people.

Joe Bastardi is a pioneer in extreme weather and long-range forecasting and the chief meteorologist at weatherbell.com. He is the author of “The Climate Chronicles: Inconvenient Revelations You Won’t Hear From Al Gore — and Others.”