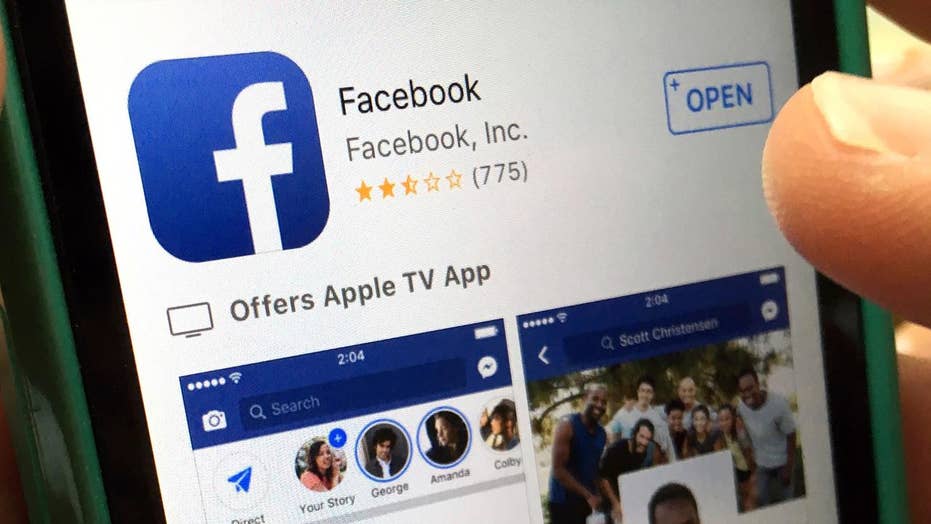 FBN's Susan Li and Deirdre Bolton on reports the Federal Trade Commission reached a settlement with Facebook over the social media platform's privacy missteps and President Trump raising concerns over Facebook's plans to launch a cryptocurrency.

According to a report in The Wall Street Journal, the Federal Trade Commission has approved a settlement under which Facebook will pay a record $5 billion fine for violating an FTC order regarding its privacy practices.

The settlement, which still needs Justice Department approval, shows that Facebook is finally getting a well-deserved punishment for abusing the privacy of those who use the service.

The Journal reported that the FTC hit Facebook with the $5 billion fine for violating a 2011 agreement that required the social media giant to notify users when Facebook was going to allow third parties to snoop through their personal information. The fine is a recognition that Facebook has not learned its lesson.

This behavior is especially bad and goes beyond Facebook’s normal exploitation of information about all the facets of your life, which you share on Facebook and which the company profits from.

At President Trump’s social media summit at the White House Thursday, which I attended, House Minority Leader Kevin McCarthy, R-Calif., reminded us how the big tech companies work:  “You’re not buying a product, you are the product,” he said.

The cavalier treatment of user information by Facebook and other social media companies was a major concern at President Trump’s social media summit.

In one example of this anti-free speech hysteria that sounds like a joke – but is true – Simmons University in Boston warned that telling another student “God bless you” after a sneeze can be a a microaggression, and so can wishing someone “Merry Christmas.”

Blackburn joined the president in response to my question asking if he would use federal agencies to investigate abuses by the tech firms. The president said that was one of the things his administration is pursuing.

The leaders of the small group of technology companies that now control the majority of information and advertising in our country – and have an incredible view into our private lives – could not have expected to wield this much power.

Keep in mind that Google was not launched until 1998, Facebook did not begin operations until 2004, and Twitter didn’t begin until 2006.

These companies started as small ventures, leaving their founders unprepared for their rapid growth and financial success. They are now outmatched by the capabilities of their technology. But that is no excuse for their repeated and systematic use of this power for malign purposes.

Now we must find a way to rein in the social media giants that does not offend our free market capitalist system. That does not mean we can’t use government intervention, but it does mean that turning to government should be a last resort.

What is called for now are investigations by Congress and the requisite federal agencies into the practices of the tech companies that violate either existing laws and regulations or that simply do not conform to what Rep. Dan Crenshaw, R-Texas, called “the spirit of the First Amendment” when he spoke at the social media summit.

These private firms are not bound by the First Amendment of our Constitution, which prohibits government restrictions on our freedom of speech.

But Crenshaw talked about the idea that all Americans should respect the spirit of free speech and work to ensure that they do not censor people without a very good reason.

Right now, the social media companies are rapidly moving in the direction of limiting many types of speech that simply offend some people. This is exactly the opposite of what the First Amendment does when it protects offensive speech. Inoffensive speech hardly needs protection.

The tech firms say they control and limit free speech to “protect the health of public conversation.” But how can you ever manage to account for all the potential ways that free speech will offend others – especially in light of the ongoing indoctrination on college campuses teaching Grievance Mongering 101?

It seems that virtually any comment can now be labeled a microaggression, a triggering event or hate speech by the snowflake generation.

In one example of this anti-free speech hysteria that sounds like a joke – but is true – Simmons University in Boston warned that telling another student “God bless you” after a sneeze can be a a microaggression, and so can wishing someone “Merry Christmas.” The university also warns of six other “anti-oppression” categories: “anti-racism,” “anti-transmisia,” “anti-ableism,” “anti-Islamomisia,” “anti-sanism” and “anti-queermisia.”

When social media companies adopt this kind of hypersensitivity – based on the left-wing sensibilities of Silicon Valley – conservatives tend to suffer by having their views labeled as unacceptable.

This type of viewpoint discrimination infects the pathways of our public discourse right now.

Facebook apparently paid the price this time, but there will be other incidents of misconduct.  The tech firms either fail to grasp that their days of blithely mining their customers’ private lives for gold in the form of personal information are over. And their free run deciding what content and ideas are worthy and which will be suppressed has ended.

Unfortunately, the tech giants have not adapted to this new paradigm, and that means even more pressure must be applied.

Hopefully, an investigation will goad the social media companies into action. But if not, government action will be required.

Our ability to freely exchange ideas is the most precious commodity we have and we must fight with all available resources to regain control of our information space.