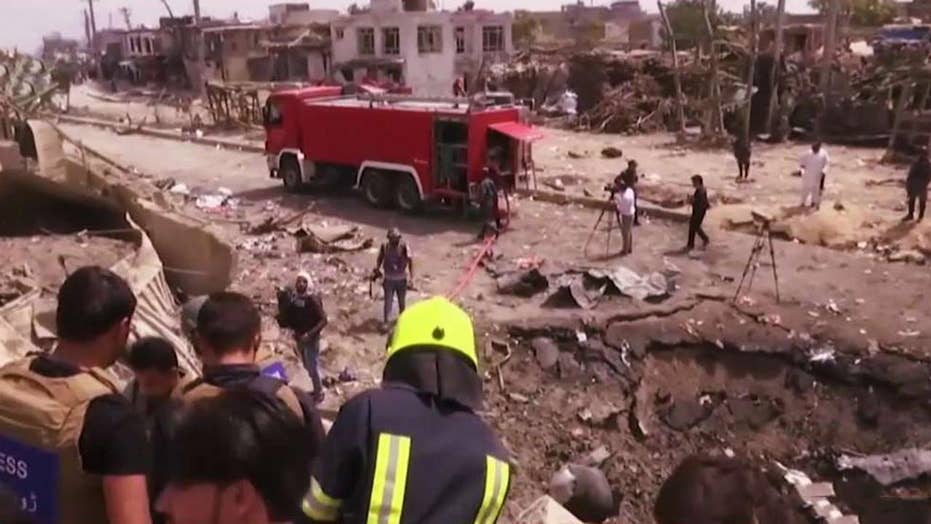 President Trump was right to halt peace negotiations with the Taliban after the terrorist murderers claimed credit for a bombing Thursday in Kabul that killed 12 people, including a U.S. soldier. But I was stunned to learn that until the president’s announcement on Twitter Saturday night, he had planned a secret meeting with Taliban leaders and Afghan President Ashraf Ghani at Camp David on Sunday.

The secret meeting was part of an effort to reach a peace agreement to end our 18-year-old war in Afghanistan – the longest conflict in American history. Yet I find it amazing that such a meeting was even contemplated with the president of the United States, let alone planned and near execution until the night before it was scheduled.

President Trump wrote in a tweet Saturday night: "Unbeknownst to almost everyone, the major Taliban leaders and, separately, the President of Afghanistan, were going to secretly meet with me at Camp David on Sunday, They were coming to the United States tonight. Unfortunately, in order to build false leverage, they admitted to an attack in Kabul that killed one of our great great soldiers, and 11 other people. I immediately cancelled [sic] the meeting and called off peace negotiations. What kind of people would kill so many in order to seemingly strengthen their bargaining position?"

We need to face facts. The Taliban are treacherous and barbaric terrorists. They should see no bit of U.S. property other than perhaps cells at our prison in Guantanamo Bay in Cuba.

We need to treat the Taliban as our enemy, not a negotiating partner. This doesn’t mean an endless war with thousands of U.S. troops facing combat in Afghanistan. It means we must maintain the capability to attack the Taliban from the air with missiles and bombers and to launch targeted raids like the one that thankfully killed Al Qaeda leader Usama bin Laden.

Let’s be honest. Afghanistan is ungovernable. Our efforts to create a stable democratic government that will work closely with the U.S. as our ally are hopeless. But we can set a more modest goal – prevent the Taliban from once against turning Afghanistan into a terrorist haven.

I have written here that I support largely ending our role in the long Afghanistan war. But I never believed we should treat the Taliban terrorists as legitimate partners for peace, and certainly would never support giving them the tremendous prestige that a visit to Camp David to meet our president would impart.

Our mission in Afghanistan has been stuck on repeat for almost the entire time we’ve been there. And recall why we sent troops to the nation. It was because the Taliban gave sanctuary to bin Laden and the other Al Qaeda terrorists who launched the horrific terrorist attacks on America on Sept. 11, 2001, killing nearly 3,000 people. We sadly mark the 18th anniversary of that terrible day Wednesday.

We do this each year through the fighting season. Then the snows come and we prep for the next round. Guess what? It’s not working and it will not work.

The calls for us to remain in Afghanistan because if we leave things could can get worse are valid and well-intentioned. But simply staying and bleeding and dying because we don’t like the prospects if we leave with no legitimate path forward is unacceptable. It is time to write our efforts at nation-building in Afghanistan. At this point, I’m not even sure it qualifies as a tie.

We made a good-faith effort to make a deal with some bad-faith actors in the Taliban. That wasn’t necessarily wrong. It was worth a try even knowing that eventually they would have reneged and stabbed us in the back, because that is what they do.

After the Sept. 11 attacks we toppled the government of the Taliban that hosted Al Qaeda in less than a month. We need to leave in place a capability to gather or buy intelligence and targeting information. Every time the Taliban steps out of line, our missiles and bombs should rain down on them.

This is not a simple thing. We need to get back to a Department of Dirty Tricks capability like we had long ago, before we got squeamish about human intelligence and dealing with bad people in order to take out worse ones.

Spies, turncoats, informants, leased allegiances from tribal leaders and plenty of precision munitions all can combine to make life miserable for the Taliban and anyone who helps them.

This is a perfect mission for our operators on the dark side. And a reason to rebuild a robust human intelligence capability on the intelligence side.

We and our Afghan allies have grown far too dependent on electronic intercepts. We need to be running agents and paying bribes and recognizing that none of our good intentions to build a decent and stable Afghanistan even came close to working.

While total victory is beyond our grasp in Afghanistan, we have it in our power to prevent the Taliban from ever turning that nation into a terrorist base to attack us, as happened on Sept. 11, 2001. This can and must be the more realistic goal we pursue.