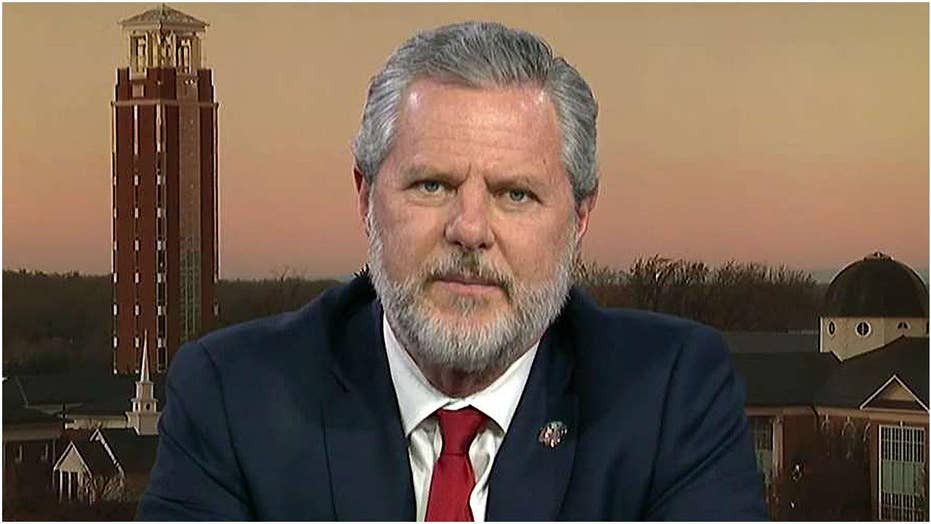 Although Christians have never had a better champion in the White House than President Trump, a so-called Christian media outlet is using its platform to echo the radical, progressive left in demanding his removal from office, stalking the Internet like a wolf in sheep’s clothing.

Christianity Today took to its editorial page last week to condemn President Trump and call for his ouster following the hyper-partisan impeachment sham led by House Speaker Nancy Pelosi, D-Calif., and the loony Democrats in Congress. It’s one of the most self-righteous and hypocritical editorials ever written.

For Christianity Today to attempt to define proper conduct as if its editors live up to a holier standard is exactly the type of hypocrisy that Jesus condemned.

As we see in His Gospels, the Savior’s harshest criticism was always reserved for the religious elite of his day – the Pharisees – who thought that their sins were better than anybody else’s sins, or that they didn’t even commit sins at all. He called them “a generation of vipers” and “wolves in sheep’s clothing.”

Unfortunately, the magazine’s own name lent the impression that it spoke for all of Christianity, but that couldn’t be further from the truth. The deceptiveness was so egregious that nearly 200 evangelical leaders felt it was necessary to sign an open letter calling the publication out for ignoring the dissenting views of the vast majority of the evangelical community.

This progressive rag is so out of step with people of faith in God and those who believe in the president’s pro-faith agenda that it would be more appropriately titled “Religion Today.”

You see, Christianity is about believing in Jesus, loving your neighbor as yourself, and forgiveness – even though the president didn’t do anything that requires forgiveness in his call with Ukrainian President Volodymyr Zelensky on July 25, for which President Trump was ultimately charged with “abuse of power” and “obstruction of Congress” (which, incidentally, aren’t even a thing in the Constitution).

With 67 percent of white evangelicals approving of President Trump in a recent Fox News Poll, it’s obvious that Christianity Today only speaks for those very few who actually believe that the radical Democrats met the very high standard in the Constitution to impeach a duly elected president.

By joining the ranks of the radical, progressive left – which typically believe that Jesus is a socialist – Christianity Today has proven the point President Trump made in a tweet, stating that the magazine “would rather have a Radical Left nonbeliever, who wants to take your religion & your guns, than Donald Trump as your President.”

The president added that “no president” before him has done more for the faith community. He is absolutely right.

From defending our religious liberties, to protecting the life of the unborn, to fighting anti-Semitism, to reestablishing our Judeo-Christian principles in U.S. policy and American society, no one in our history has done more for people of faith, ever, than President Trump.

Is he a perfect human being? There’s only been one of those in human history and when we see Him again, we will all be judged for our sins – all of us.

That’s evidently how Christianity Today wanted to exploit the impeachment sham – to condemn President Trump as a sinner and therefore apply a punishment totally out of proportion to his supposed sins. The magazine’s editorial team would be wise to remember that it was Jesus Himself who said, “Judge not, lest ye be judged” (Matthew 7:1).

The progressive left often manipulates both the Gospels and the Constitution to its political advantage, and the impeachment of President Trump is no exception for Christianity Today. That’s the reason why Liberty University just formed a new think tank, the Falkirk Center for Faith and Liberty, in order to restore our founding Judeo-Christian principles in America’s culture and institutions.

Unlike Christianity Today, we’re working hard to use basic points of history to teach this young generation, including principles such as individual liberties endowed by our Creator, free enterprise and limited government. These are the principles that made America the most prosperous nation in the history of the world – a nation that has done more for the poor than any other people who ever lived.

This is what we believe. This is what President Trump believes. But this is not what Christianity Today believes.

With the magazine’s insidious condemnation of the greatest president in American history for people of faith, “Religion Today” showed that it stands with the radical progressive left that wants to deny basic Judeo-Christian beliefs throughout our culture and society.

A large majority of Americans and the Christian world stands with President Trump and against the radical left because he’s the only thing that stands between us and the escalating attacks on our faith and liberty.