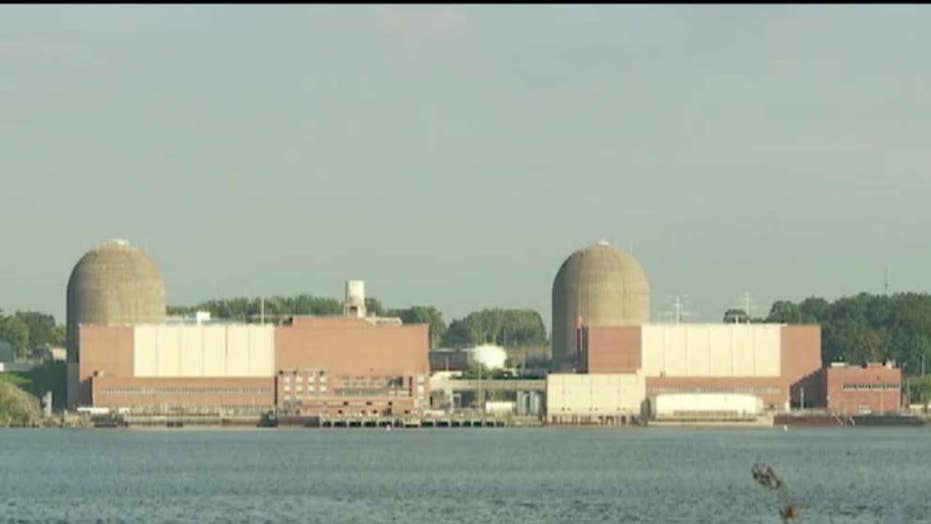 No matter your view on climate change, corporations and markets are planning for a lower-carbon future. In fact, some of the largest utility companies in the U.S. are making big bets that they can reach net-zero carbon dioxide emissions by 2050.

But without nuclear power in the mix to produce needed energy, these bets are much less likely and will certainly be more expensive.

Here’s where things get very tricky and incredibly complicated, and a dose of humility is called for. When you hear Democrats in Congress and the party’s 2020 presidential candidates talk about their solutions to climate change, they generally focus on electricity and a “renewable” grid comprised of wind and solar power.

Much of the case for 100 percent renewable energy comes from one professor at Stanford University – Mark Jacobsen. His theory includes the assumption that we can increase the amount of power from hydroelectric dams tenfold.

But according to the U.S. Department of Energy and all major studies, the real potential increase is just a tiny fraction of that. Even if this were possible, it’s not smart or humble to put all of our eggs in one basket.

I’m for renewables as part of the energy mix, but I’m not sure why the word “renewables” even matters. Aren’t we going for “clean” – meaning reducing greenhouse gas emissions?

If so, why would Democratic presidential candidates Sens. Elizabeth Warren, Bernie Sanders and other Democrats want to take down 55 percent of our clean energy by decommissioning all nuclear power plants by 2030?

That means replacing $60 billion of always-on power with intermittent renewables that have to be backed up by a power source when the sun isn’t shining or the wind isn’t blowing.

And to replace a 2-gigawatt nuclear plant with solar you would need the equivalent solar panel coverage of a two-lane highway from Washington, D.C., to Los Angeles and back.

Democrats say that wind and solar power are cheaper than other forms of energy, but they aren’t counting the cost of backup power. This is like saying that I saved a ton of money by selling my car and riding my new bike to work – but not counting the cost of Uber when I didn’t want to get wet on rainy days or sweaty on hot ones, or when I had to make a long trip.

It’s easy to say nuclear power is too expensive or unsafe. It’s simple, and the Democratic base likes this claim. However, this point generally confuses the distinction between keeping existing plants open and building new ones.

Virtually no one is advocating building more “Gen 3” nuclear reactors, which were first designed in the 1950s. But utility executives and pragmatic clean energy thinkers are advocating to keep existing nuclear power plants operating. As far as safety goes, there has never been a fatality or even a major injury at a nuclear plant in the U.S. due to radiation.

Importantly, there are exciting prospects ahead thanks to nuclear innovation. New companies have figured out how to make nuclear power plants “walk-away safe.” This means that no human intervention is needed to shut down the plant if something goes wrong.

The nuclear fission reaction stops when, under a rare occurrence, things get overheated. Many of these new reactor concepts work on used fuel. Not only do these engineering breakthroughs eliminate safety concerns – they drastically reduce costs.

These new technologies aren’t pipedreams. NuScale’s small modular reactor is almost through the Nuclear Regulatory Commission licensing process and has a power agreement with a Utah utility.

Additional cutting-edge designs are expected to undergo formal reviews beginning in the next 18 months. Even our Defense Department is working on prototyping a new micro nuclear reactor by 2022.

These reactors will not only provide always-on affordable power, but they can “load follow” renewables to provide 100 percent clean energy when needed. They should be viewed as an exciting complement rather than a competitor to renewables.

For decades, Democrats in Congress and previous administrations have built roadblocks for nuclear power, making it the most heavily regulated industry in the country. We’ve seen modest improvements, but we need a bolder, more rapid modernization of federal nuclear policy.

The Nuclear Energy Leadership Act is one example of legislation that could make a big difference. It has dozens of bipartisan co-sponsors in the House and Senate and broad industry and environmental stakeholder support.

Among other things, the legislation would establish specific goals for public-private partnerships; require the development of a 10-year strategic plan that supports advanced nuclear research and development goals, and provide for initial domestic supplies of advanced nuclear fuel (currently available only in Russia) needed by new nuclear reactors.

Nuclear power is critical to meeting environmental goals, but it is also a massive economic opportunity. The world’s middle-class is projected to grow by almost 50 percent by 2030, which means a lot of new air conditioners and appliances that need reliable and affordable power.

Jay Faison is the founder of ClearPath, whose mission is to accelerate conservative clean energy solutions. Learn more at www.clearpath.org. Follow Jay on Twitter: @JayFaison1