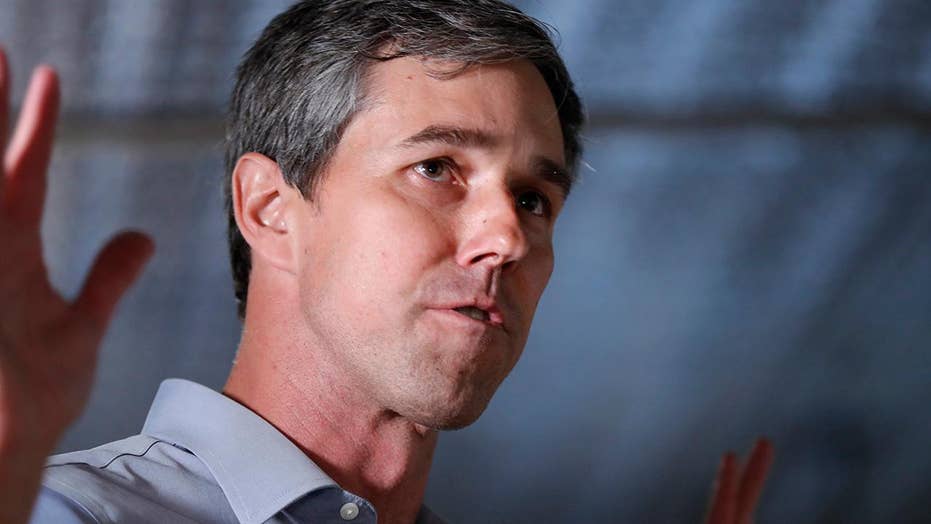 The former Texas congressman launches his 2020 presidential campaign with a dire warning.

I agree with House Speaker Nancy Pelosi on one thing: The Green New Deal is a pipe dream. It is neither technologically nor politically feasible and doesn’t solve for the fact that global emissions are rising because of China, India and other rapidly-developing nations. It would be potentially disastrous for our economy, and makes such extreme promises about employment and free higher education as to be comical.

But we should also address the elephant in the room. Climate change is real and industrial activity around the globe is contributing to it.

Don’t believe me? Listen to the top Republicans on our leading House and Senate energy and science panels: Reps. Greg Walden and Frank Lucas, and Sens. Lisa Murkowski and John Barrasso. Or listen to the head of the American Petroleum Institute, who confirmed recently that “America’s natural gas and oil industry is meeting the climate challenge head-on.”

So are the CEOs of Shell, Southern Company and other big energy companies, who not only are shepherding enormous corporate investments, but are literally putting their money where their mouths are and tying long-term compensation for senior executives to meeting their goals of reducing their carbon footprints.

They understand that meeting the climate challenge will be good for business and jobs because of a rapidly changing global energy market and demand for both cleaner and reliable electricity generation.

Any real progress in addressing climate change, especially in divided government, will depend on a realistic agenda built on pushing better technologies around the world that can expand quickly and affordably, give us a balanced mix of low carbon sources, perform better, and are cheaper than the alternatives, so that the rapidly developing world chooses them instead of more emitting technologies.

I don’t know about you, but I’d rather those technologies be developed, commercialized and exported from the U.S. than elsewhere.

The progressive wave overtaking the Democratic party has centered its future on outlandish big government solutions like the Green New Deal. These policies will increase the cost of our electricity bills, harm our economy, and hurt consumers across the country, all the while giving the edge to our global competitors.

But climate change is not just our problem – it is a global problem. And China, India and other fast-growing developing countries aren’t that interested in handcuffing themselves with policies that will limit their economic growth and access to power at a time of increasing demand. That’s why new, emissions-reducing innovations for natural gas, coal and nuclear must be a part of the global mix.

Clearly, we don’t need to agree on the problem of climate change to agree that solutions to the problem ought to be partly based on global competitiveness and job creation benefits to U.S. clean energy innovation.

Most people are surprised to know that the last Congress appropriated more money for energy research and development (R&D) than the Congress of the last term of the Obama presidency. These investments included technologies that can capture, store and use carbon emissions from fossil fuel generation.

Spending on R&D is an essential element of progress. These are the investments that create the next breakthroughs. Energy R&D is a smart investment for the country and pays back exponentially. The shale gas revolution contributes an estimated $100 billion to consumers every year, and has been the main driver behind reducing power sector emissions in the past decade.

In addition, lawmakers in both parties have supported big advancements toward the next generation of zero-emission nuclear power, which is good for our national security and our electric grid reliability. Nuclear is a trillion-dollar global export opportunity and we must not let it slip away.

We need to be proactive. We need to be smart. The progressive wave overtaking the Democratic party has centered its future on outlandish big government solutions like the Green New Deal. These policies will increase the cost of our electricity bills, harm our economy, and hurt consumers across the country, all the while giving the edge to our global competitors. We cannot afford to let that happen.

We can’t swing for an implausible grand slam like a Green New Deal, that keeps our abundant and cheap fossil fuels in the ground and harms our domestic economy and global energy position. If we do, we will continue to strikeout.

We can have big conversations, but games are won with action, and singles and doubles that get us there are the incremental but important clean energy wins that we know work.

Jay Faison is the founder of ClearPath, whose mission is to accelerate conservative clean energy solutions. Learn more at www.clearpath.org. Follow Jay on Twitter: @JayFaison1