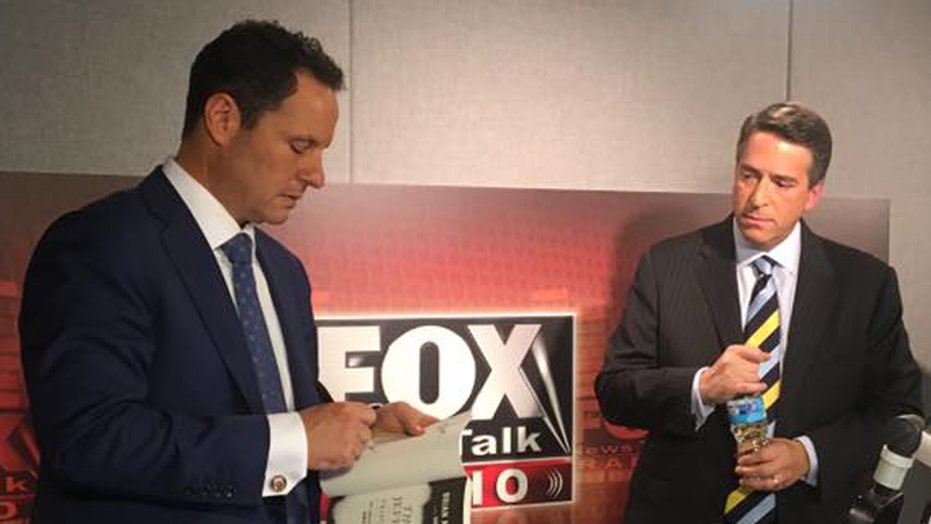 James Rosen on the legacy of William F. Buckley Jr.

As we survey the toxic environment in which we are soon to elect the forty-fifth president of the United States, many of us wonder: Why? Why is it this way?

The partisan among us will cite one of the two major-party nominees and blame him, or her, for overtaxing the system with his, or her, singularly odious baggage.

Economists and political scientists, less interested in the specific than the general, will point, perhaps more accurately, to a confluence of developments over time – the corrosion of public trust after Vietnam and Watergate, Supreme Court rulings on election laws, the twin apocalypti of globalization and the digital revolution – as the decisive factors shaping our modern political culture, with its unbearably heavy traffic of nasty primary challenges, leadership upheavals, scandals, hacks, leaks, attacks, and – gridlock.

To these explanations, I propose adding another, imparted to me by an unlikely source: Secretary of State John Kerry.

Making conversation at one point, I asked Kerry if he had ever met one of my literary heroes. “Mr. Secretary, did you know William F. Buckley?” The answer – and its forcefulness – surprised me: “I loved Bill Buckley.”

We were on his first foreign trip as America’s top diplomat, in February 2013, with the traveling press corps enjoying an off-the-record wine-and-cheese event with the secretary in Cairo (to disclose this story on-the-record, I later sought and received permission from the State Department). Making conversation at one point, I asked Kerry if he had ever met one of my literary heroes. “Mr. Secretary, did you know William F. Buckley?”

The answer – and its forcefulness – surprised me: “I loved Bill Buckley.” Who knew that for the founder of National Review, the godfather of the modern conservative movement, a legendary liberal from Massachusetts harbored “love”? Why was that? I asked. Kerry resorted to Socratic Method. “Do you know who his best friend was?”

Now for those well versed in the Buckley canon, in whose ranks Kerry seemed to count himself, this amounts to a trick question.

The Buckley family and some outside observers – including this one – would cite Evan (“Van”) Galbraith, Buckley’s Yale classmate, sailing crewmate, and longest-standing friend.

A graduate, also, of Harvard Law School, Galbraith would go on to serve as a Wall Street banker, chairman of the National Review board of trustees, President Reagan’s ambassador to France, and president of Moët & Chandon.

The last eulogy ever published by WFB, a supremely talented eulogist, was for Van, his friend of sixty years. Indeed, when WFB marked his eighty-second, and final, birthday, Van was one of two friends on hand, having just completed his thirtieth radiation treatment for cancer, with only months left for both men to live.

In the public imagination, however, the distinction is usually reserved for John Kenneth Galbraith (no relation), the Keynesian Harvard economist who served as President Kennedy’s ambassador to India, and who coined some enduring terms in the American political lexicon (e.g., “the affluent society,” “conventional wisdom”).

This Galbraith, a skiing buddy of Buckley’s during annual retreats with their wives to winter homes in Gstaad, Switzerland, conducted the more public friendship with the era’s leading conservative. With unmatched wit and erudition, and equal instinct for the rhetorical jugular, they debated on college campuses, on the set of NBC’s “Today Show,” and of course on Buckley’s own show “Firing Line,” where Galbraith made eleven lively appearances.

In a July 1972 episode, Buckley welcomed JKG and two of his sons, both distinguished academics, by lamenting: “I regret to report that there is no generation gap between father and sons.”

In answering Secretary Kerry’s question on the fly – Do you know who Bill Buckley’s best friend was? – I imagined he meant J.K. Galbraith and so volunteered that name. “That’s right!” Kerry said, a touch of astonishment in his voice. “And do you know how they knew each other?”

Here again, I swiftly calculated that Kerry would not know the obscure truth: that WFB and Galbraith had met on an elevator ride in New York’s Plaza Hotel, escorting their wives to Truman Capote’s famous masked ball, the “Party of the Century,” in November 1966. Buckley confronted Galbraith, right there in the elevator, about why he had tried to discourage a Harvard colleague from writing for National Review. “I regret that,” said Galbraith, his first words to a friend he would hold dear for the next forty years.

So again I opted for the answer I suspected Kerry had in mind. “They were skiing buddies.” “That’s right!” Kerry said again, as if I had won the bonus round on a game show. “You know where?” Gstaad. Now Kerry seemed truly impressed. “That’s right!” By this point he sounded a bit like a baseball play-by-play man calling a ninth-inning walk-off home run.

Then he said to me: That’s what’s missing from politics today. With those six words, the secretary – a senator, let us not forget, for three decades, and a former Democratic nominee for president – diagnosed expertly what most ails the American political culture: the death, or at least the dearth, among today’s political classes of what Buckley liked to call “trans-ideological friendships.”

There are exceptions, of course, such as the deep affection that Supreme Court Justice Ruth Bader Ginsburg and the late Justice Antonin Scalia maintained, extended to spouses, the four of them annually enjoying holidays together; but outside the cloistered confines of the “Marble Temple,” where nine isolated intellectuals interpret the laws with supreme authority, and usually with some measure of scholarly gentility, such friendships in the political arena, such as once existed between President Reagan, a California conservative, and House Speaker Tip O’Neill, a Massachusetts liberal, now seem rare.

Buckley’s maintenance of “trans-ideological friendships” in his life reflected what some have called a genius for friendship.

“My friend Buckley,” wrote the late Richard M. Clurman, a longtime editor at Time (and former aide to liberal Republican New York City Mayor John Lindsay, the very man Buckley had challenged in his symbolic 1965 run), “is a real lover of his friends, not just his sailing friends, but his writing, painting, piano-playing, economizing, computerizing, lawyering, banking – all his real friends. Not that he’s profligate with friendship nor does he debase the coinage. He’s just intense about it.”

Clurman died from a heart attack, at the age of seventy-two, in May 1992. When Bill’s son Christopher Buckley, himself a bestselling novelist, called to relate the news of Clurman’s death, the elder Buckley – still twelve years away from his own passing, but increasingly given to melancholy – poured his grief into a eulogy for his departed friend, a titan of the old Time-Life empire.

“It came to me last Thursday,” wrote WFB, a devout Catholic, in National Review, “when just after midnight my son reached me at the hotel, that I have always subconsciously looked out for the total Christian, and when I found him, he turned out to be a non-practicing Jew. It will require the balance of my own lifetime to requite what he gave to me.”