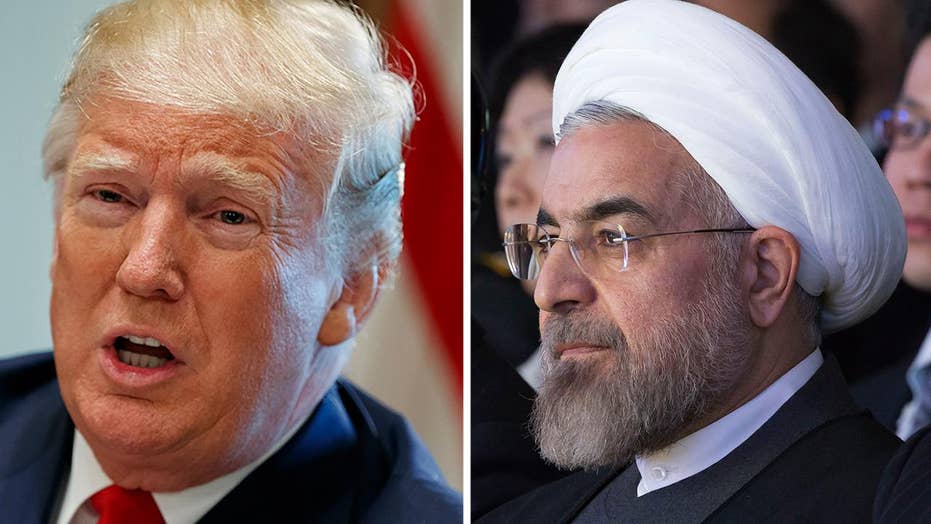 After Iran is blamed for attacking two oil takers in the Gulf of Oman, the regime says it will pass their uranium enrichment limit set by the 2015 nuclear deal; Trey Yingst reports.

There are wars and rumors of war. And then there is Trump’s policy toward Iran, which fuels endless speculation.

Despite much public handwringing over the announcement that the Pentagon is sending an additional 1,000 troops to the Gulf region, there are no signs the U.S. plans to escalate the stand-off with Tehran.

I spent 25 years in the Army, but it doesn’t take a military career and a war college diploma to deconstruct what is going on. 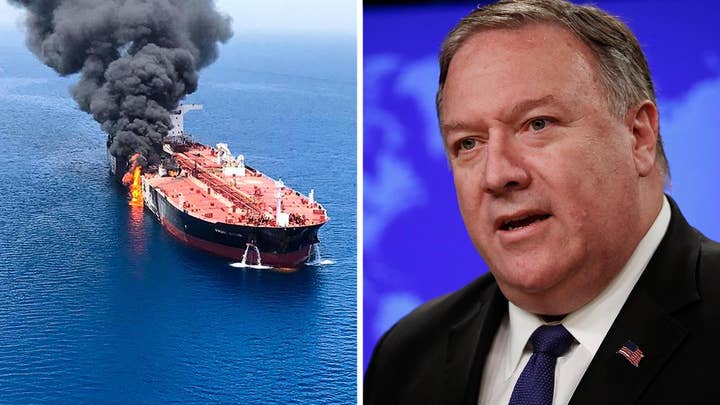 Let’s start with numbers. A thousand troops do not an invasion force make. Even counting the additional troops deployed last month on the strength of intelligence concerning an Iranian threat to shipping and (potentially) U.S. forces and assets in the Middle East, the number of U.S. boots on the ground are far too small to suggest a build-up for any major offensive action.

Now, let’s look at the kind and scale of troops being sent. They are completely consistent with what is required for “force protection”—defending U.S. forces in the region, as well as policing the Hormuz against malicious attacks on shipping.

Next, let’s consider the source. The reinforcements are being sent at the request of Central Command (CENTCOM), based on an assessment of what the commanders on the ground think they need. These are not troop dispatched from the White House to ratchet up the pressure on Iran.

Finally, let’s step back for a broader view. From a distance, the U.S. posture in the Middle East looks pretty steady. The Pentagon has modestly beefed up its capacity to: safeguard U.S. forces already there; preserve freedom of operation on the seas; and respond to any threats. The last-mentioned item would include, if necessary, conducting proportional punitive strikes against anyone threatening the shipping lanes.

And while we’re taking in that broader view, let’s turn our eyes on Iran. From what we can tell, it hasn’t introduced any game-changers either. The regime continues to deny it’s up to anything in the straits. While it did announce plans to increase its uranium enrichment activities and exceed agreed-upon restrictions on its stockpiles of enriched uranium, it has not completely abrogated its commitments. Moreover, Iran’s enrichment activities fall far short of what they’d doing if they were sprinting to a nuclear breakout.

Europe hasn’t changed much either. It is increasingly clear that Britain is breaking ranks with the continental powers and aiding the U.S. It would be no surprise if a new conservative British government backed out of the Iran Deal altogether.

The rest of Europe, however, seems frozen in dither-mode: unable to give up the ghost of the Obama-era deal; flummoxed by Iran’s unremittingly belligerent activity, and unwilling to condemn Iran’s attack on the tankers. They are like the kid in Stephen King’s “The Shining” who hopes that if he closes his eyes tightly when he opens them the monster will have disappeared.

With all sides seemingly willing to stand pat, the worries about escalating conflict seem overblown.

Yes, some have called for the U.S. to punish Iran with military strikes, but that’s a step that doesn’t make much sense right now. The longer Washington exercises restraint, the more Iran reveals itself as the problem here. The mullahs threatening to enrich is a case point.

Critics of the Iran deal long-maintained that the agreement didn’t put any real obstacles in front of the Iran nuclear program. They warned that it allowed Tehran to pick up where it left off whenever it wanted and in the meantime, left the regime free to continue all its other lawless behavior.

They were exactly right. Tehran pretty much just made the case that the agreement is a paper tiger.

Further, the longer this goes and the more malicious behavior Tehran exhibits, the more incontrovertible evidence they produce of the fact that the regime has no respect for international norms.

They are making Trump’s case for him. He should continue to let them.

Meanwhile, the U.S. has other defensive options it can roll out. During the “tanker wars” of the 1980s, the U.S. allowed foreign-oil tankers to reflag as American ships. In addition, the U.S. adapted oil-platforms in the Gulf to use as surveillance posts, monitoring and responding to shipping threats.

All of this is to say that the U.S. can establish a sustained presence in the Gulf with low risk, at a reasonable cost, keeping the waters open forever.

Iran knows they can’t win a war of intimidation in the Gulf. Why do they bother? Well, it’s a tough neighborhood. If they don’t act tough, they will lose all respect.

Moreover, the mullahs have fond memories of how their taking of American hostages helped deny President Carter a second term. Maybe they hope that, by roiling the waters anew, they will help turn Trump out of office in 2020 and perhaps get a more compliant replacement.