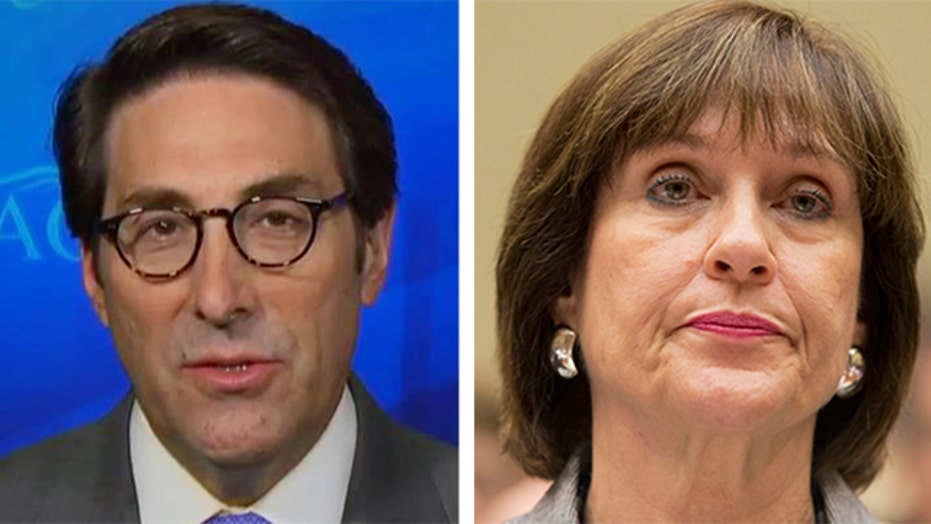 Jay Sekulow sounds off after discovery of Lerner emails

Allegations of 'complete cover-up' at IRS

That’s what continues to happen as the scandal unfolds at the Obama administration’s Internal Revenue Service (IRS).

First, we were told that critical emails of former top IRS official Lois Lerner – at the center of an illegal targeting scheme – were gone – unrecoverable – nowhere to be found.

What’s extremely troubling is that the IRS continues to get away with its failure to disclose pertinent emails to investigators. Imagine if a taxpayer deliberately failed to disclose important information to the IRS. You don’t have to guess on how that would turn out.

That, of course, proved to be false, as investigators continued to discover damaging emails from Lerner revealing a coordinated effort to unlawfully target conservative groups because of their political beliefs.

Earlier this month, Judicial Watch managed to unearth Lerner emails indicating that lower-level employees might need some training to learn how to keep certain information out of the public eye. Lerner proposed training to help IRS employees “understand the pitfalls” of discussing “specific Congress people, practitioners and political parties” in emails that could be “seen by Congress” or the public.

“We are all a bit concerned about the mention of specific Congress people, practitioners and political parties. Our filed folks are not as sensitive as we are to the fact that anything we write can be public – or at least be seen by Congress,” Lerner wrote in an email to Holly Paz, former director of the IRS Office of Rulings and Agreements, in February 2012.

And now, another batch of Lerner emails has surfaced. Thousands of new emails have been located, as reported by The Hill:

“Treasury’s inspector general for tax administration (TIGTA) said it found roughly 6,400 emails either to or from Lerner from between 2004 and 2013 that it didn’t think the IRS had turned over to lawmakers, the congressional committees said. The committees have yet to examine the emails, aides on Capitol Hill said. The IRS said last year that Lerner’s computer crashed in 2011, leaving it unable to reproduce an untold number of her emails over the prior two years.

Amazingly, these thousands of emails previously thought to be missing somehow magically reappeared. This has been the modus operandi of the IRS: Delay and deny. What’s extremely troubling is that the IRS continues to get away with its failure to disclose pertinent emails to investigators. Imagine if a taxpayer deliberately failed to disclose important information to the IRS. You don’t have to guess on how that would turn out.

This latest revelation only adds to the “drip, drip, drip” of the deliberate slow-tracking of releasing information.

With nearly 6,500 emails discovered in this latest effort, though, this “drip” could have the potential of producing a tidal wave of information – significant evidence that has yet to be examined by Congressional committees looking into this scandal.

The IRS, which has been stonewalling for years, tried to put a positive spin on this latest development. The agency claimed it’s glad to hear that the inspector general has found these new Lerner emails, calling it “an encouraging development that will help resolve remaining questions and dispel uncertainty surrounding the emails.”

The only “encouraging development” is the fact that Congress hasn’t been deterred. Congress continues its ongoing investigations to get to the bottom of this scheme and no doubt will be working aggressively to review these newfound emails.

We look forward to finding out what’s contained in them. We’re hopeful these new findings produce even more evidence of the unconstitutional targeting scheme – evidence we can add to our existing legal challenge of the IRS as we represent dozens of groups across the country.

We remain committed to get the truth and hold accountable those responsible through our continuing work in Congress and in the courts.

The IRS would like this scandal to disappear. That must not happen. It will not happen. The American people deserve answers.