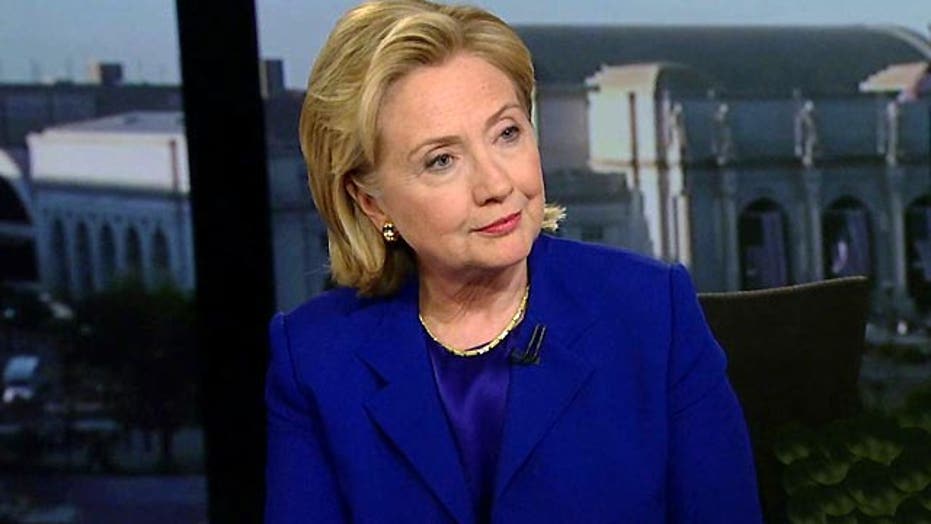 Clinton on Benghazi, whether Obama disappointed her

Part 3 of interview with former secretary of state

During a recent break in her national book tour, Hillary Clinton sat at her kitchen table in Chappaqua, N.Y., rubbing her forehead. She had been experiencing splitting headaches and was finding it increasingly difficult to hide the throbbing pain in her head while doing television interviews.

ABC News’ Diane Sawyer and NPR's Terry Gross had asked Hillary some tough questions—about her wealth and her position on gay marriage—and Hillary had badly bungled her answers.

What’s more, sales of Hillary’s memoir, “Hard Choices,” for which she was paid a reported $14 million, were alarmingly disappointing. After selling 80,000 copies the first week, sales fell off almost 50 percent. It looked as though “Hard Choices” was going to become the Heaven’s Gate of the publishing industry—one of the biggest flops of a book rollout in recent history.

While Hillary was nursing her headache, Bill Clinton and a family friend came into the kitchen. Bill poured Hillary a glass of green tea, and massaged her shoulders.

“The media have me in their cross-hairs,” Hillary complained, according to the friend.

Hillary hesitated for a moment, and then continued: “I’m seriously losing my appetite for combat. I never thought I’d say that. I’ve been a fighter all my life. You guys have never seen me back down, but right now I am punch drunk.”

Bill bit his lip and said, “We all have a right to feel sorry for ourselves from time to time. But you’ve got history to make.”

“Right now I’m feeling like they can all go f**k themselves,” Hillary said, referring to the media.

“I know the country needs us, but they aren’t acting like they deserve us. Just f**k ‘me.

As this exchange between the Clintons reveals, Hillary has become increasingly frustrated -- and even despondent -- over the disastrous publicity rollout of her memoir and her stumbling performance in some of her interviews for the book.

She has begun to question whether she wants to continue to run the tormenting media gauntlet that will be required of her if she throws her hat in the ring for the White House.

Hillary’s current frame of mind has alarmed Bill Clinton, who probably wants to get back in the White House even more than she does. He has been doing everything in his power to buck up her spirits and help her get over her depression.

“We’re going to fight and win the White House,” Bill told Hillary. “That will be our reward and our revenge.”