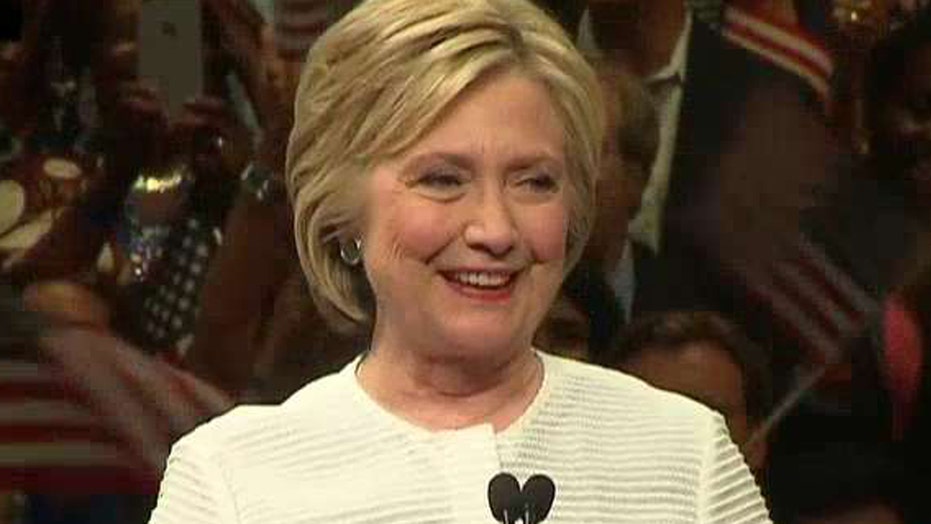 Clinton: We've reached a milestone in the nation's history

“To every little girl who dreams big: Yes, you can be anything you want – even president. Tonight is for you.”

With that tweet, Hillary Clinton put the magnitude of the evening in perspective. And as a girl who was once small a very long time ago myself, Tuesday night, June 7, was about so much more than the news.

Tuesday night’s victory was about history.

Yes, the Democratic Party got their nominee and we have confirmation that it will be Donald Trump facing off against Hillary Clinton in November. But what really matters here is that the United States has now joined just a few nations across the globe in offering the opportunity to pick a woman to be president.

I couldn’t be prouder.

And I also couldn’t be more astounded at how little the magnitude of this feat has seemed to matter.

This is in no small part due to the fact that Clinton clinched the Democratic nomination for president Monday night with an Associated Press report that enough unpledged superdelegates had committed to Clinton to throw her over the 2,383 delegate threshold. That wasn’t how she wanted to win and you could tell in her voice that she knew that even though she had won, the evening would belong to Bernie Sanders who would continue to hammer on the “rigged system.” (NB: the system isn’t rigged when you’re over three million votes ahead).

It follows that, as is always the case for Clinton, that she has no time to waste in unifying the party behind her. This will be a challenge, especially as it doesn't look like Bernie will go quietly into the night.

But it’s a hardly insurmountable challenge – especially for the first female nominee for president of the United States.

Furthermore, Sanders supporters really don’t like Donald Trump. Polls over the last few months show that just six percent of his supporters felt positively about Trump compared to 90 percent who have a negative view of him. Based on Trump’s recent attacks on federal Judge Gonzalo Curiel, I believe it’ll only get worse.

That isn’t to say that Clinton doesn’t have some major wooing to do. She does. And Bernie Sanders needs to play his part in unifying this party. That means he needs to stop going after Clinton with GOP attack lines and make good on his promise to help defeat the Republicans even if Clinton is the nominee.

It follows that unity in the face of the prospect of a Donald Trump presidency won’t be nearly as difficult as it’s being portrayed. If the 2016 election was just about free trade or the war in Iraq the challenge would be steeper. But this election is about so much more. It’s about equality, fairness, inclusivity and a revival of the American Dream.

I hate to end on a clichéd note, but Clinton is right when she says that America never stopped being great. With Sanders’s support and a unified party, I know she’ll win Americans over with her optimism and experience.