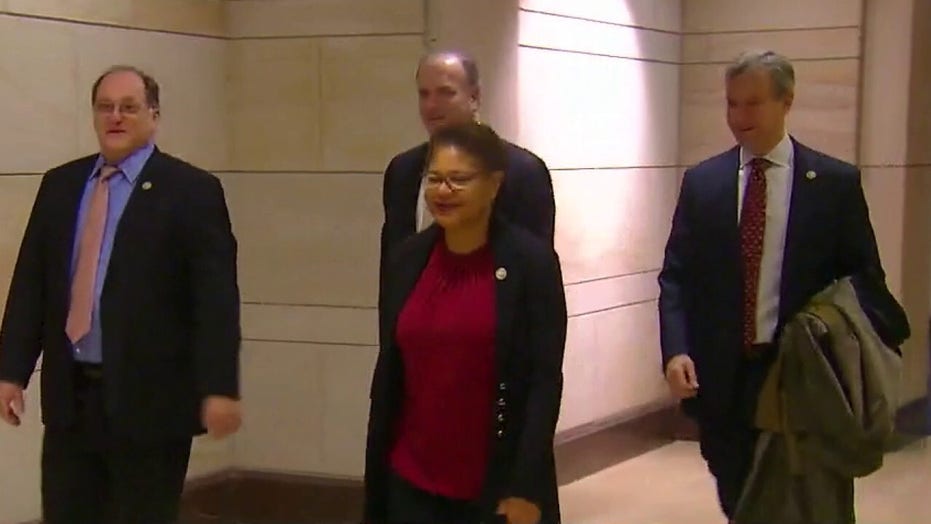 Biden allies concerned about lack of diversity in Cabinet picks

President-elect Joe Biden announced Monday that he plans to nominate California Attorney General Xavier Becerra to be his Secretary of Health and Human Services.

It's a conventional, if unexpected, pick. The Washington rumor mill had New Mexico Governor Michelle Lujan Grisham and Rhode Island Governor Gina Raimondo as the front-runners to lead HHS until both bowed out last week.

He became the Golden State's chief law enforcement officer in 2017, when then-Governor Jerry Brown appointed him to succeed former Attorney General Kamala Harris, who had been elected to the U.S. Senate.

He's made a name for himself by defending the Affordable Care Act against Republican efforts to overturn the law in court. But he's no moderate Democrat. He's on the record in support of Medicare for All -- and could nudge the U.S. healthcare system toward single-payer.

Becerra's defense of the Affordable Care Act began in 2018, when a group of Republican state attorneys general filed suit challenging the law's constitutionality. The red states argued that its individual mandate, which required everyone to obtain insurance or pay a tax, was no longer valid because the 2017 Tax Cuts and Jobs Act had reduced that tax to zero. If the mandate was unconstitutional, their argument went, so too was the rest of the law.

The Trump administration, eager to see ObamaCare  fall, declined to defend it in court. So Becerra and more than a dozen Democratic state attorneys general stepped in.

The U.S. Supreme Court heard arguments in the case, Texas v. California, a week after Election Day this year and is expected to issue a ruling sometime in 2021.

The case was one of about 100 lawsuits that Becerra filed against the Trump administration.

Becerra's defense of ObamaCare may have appealed to President-elect Biden, who says he wants to "build on" the Affordable Care Act. But Becerra's record puts him well to the left of his new boss.

In 2017, he said he supported a government takeover of the U.S health care system like that championed by Vermont Sen. Bernie Sanders. "I've been a supporter of Medicare for all for the 24 years that I was in Congress," he told "Fox News Sunday."

Now Becerra says he is a fan of President-elect Biden's public option. A decade ago, Becerra was a big advocate for including a public option in ObamaCare .

"Medicare-for-All" will not go anywhere in the next Congress, particularly if Republicans hold the Senate following the runoffs in Georgia January 5. But as New York Times health policy reporter Sarah Kliff has pointed out, Becerra could grant waivers under the Affordable Care Act that would allow states to set up single-payer within their borders.

Becerra's home state of California has been toying with single-payer health care for years.

Governor Gavin Newsom convened a commission to figure out how to implement such a system in the Golden State back in January. The coronavirus pandemic has largely put that effort on hold. But a Democratic administration and a native son at HHS could mean that California has a sympathetic audience for a proposal to redirect federal funds to underwrite state-level single-payer.

Becerra has also shown that he's an enemy of intellectual property. In August, he pulled together a coalition of state attorneys general to lobby the federal government to revoke the patent for remdesivir, the antiviral drug that's proven effective at shortening hospital stays for those with COVID-19.

Doing so would've essentially legalized the theft of a drug Gilead Sciences spent $1 billion and many years developing. If Becerra brings that disrespect for intellectual property to his new gig, medical innovation could slow, as investors think twice before devoting billions to research efforts that may be forcibly appropriated by the government.

It was always clear President-elect Biden's health secretary would advocate for more government control of the country's health care system. Xavier Becerra's record should concern those of us who would like to see a greater dose of freedom and markets in health care.