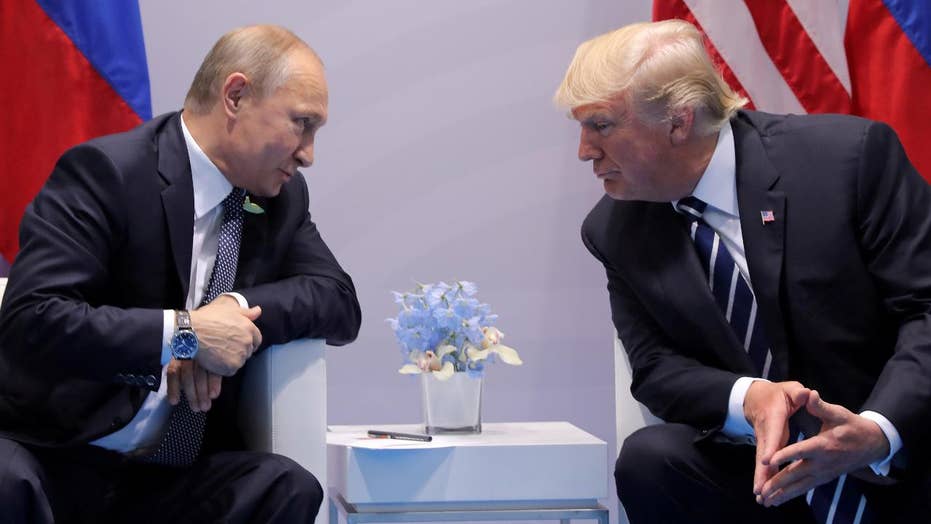 While the world might be captivated by Russia’s rogue actions of late—attacking dissidents on British soil with chemical weapons, backing Syria’s Bashar al Assad, as well as clearly proving its military is back—know this: Russia is condemned to the same fate as the old Soviet Union when it comes to the possibility of a new Cold War. Moscow would lose—and be thrown into the scrap heap of history just like the old USSR.

But before we declare the start of another dangerous turn in U.S.-Russia relations, it’s worth looking at how both sides stack up on paper according to key measurements, and why President Vladimir Putin is playing a dangerous game—a game that, in fact, he has no way of winning.

First, is the military balance. While Russia has spent hundreds of billions of dollars on new military equipment including new atomic weapons, nuclear-powered attack and ballistic missile submarines, cruise missiles, bombers, and some of the world’s most advanced tanks, it is still hopelessly outmatched by America both in overall spending and sheer technological prowess.

One stat should tell you everything you need to know: America spends over $700 billion dollars on its military, thanks in part to President Trump’s defense build-up, while Russia spends only $46 billion. Clearly by any statistic, Moscow is outmanned, outgunned and out-teched in any military domain in which it would try and wage war against Washington.

Second, America has a strong bench of allies to call upon if things heat up against Russia—Moscow has very few. That clearly means first and foremost the NATO alliance, the lynchpin of European security which ensures that if Moscow ever considered some sort of military action against the Baltic states, Poland or any member of NATO, such a move would be considered an attack on the alliance as a collective whole. And with NATO spending seemingly moving upward, thanks in part to some tough words from President Trump, Russia would clearly be defeated in any offensive action it could dream up.

Then, there is the economic component of a new Cold War. The Russian economy only produces approximately $1.4 trillion in GDP over a given year. America, on the other hand, is still the world’s largest economy, producing roughly $19 trillion in GDP. There is no nation on earth like the U.S. that produces more wealth, economic opportunity and prosperity. And when combined with an investment environment that rewards research and development, companies like Google, Apple, Amazon, Microsoft and perhaps Tesla seem set to dominate the future. Russia, to put it generously, is at best a massive natural resources gas station, where its fate is determined by the price of oil and natural gas.

So with the balance of forces so clearly against Russia, does Moscow have any way to strike that could be destabilizing or give it an edge in a new Cold War?

Clearly Putin has the ability and strategic sense to always fight in an asymmetric fashion and in such a way where his fingerprints aren’t clearly discernible. The best example is Russia’s “little green men” invading and conquering Crimea. Moscow, in a brazen action breaking the long peace in Europe, decided to cleave off part of a sovereign nation, while also backing separatist forces in Eastern Ukraine—a conflict that is still being waged to this day.

And then there is Russia’s attempted hacking of our own elections in 2016. While clearly part of a playbook that Moscow seems to have employed on several occasions now, Russia’s goal seems to be to destabilize and to sow chaos wherever it can. Considering its vast cyber warfare capabilities and social media prowess through what is likely unimaginable numbers of “bots” that spread “fake news,” or stories that help it achieve its objectives, Moscow may have found a way to make up for some of its weaknesses in other more traditional capabilities.

Knowing America’s strengths and Russia’s weaknesses, the path forward seems clear for Washington to claim victory if a new Cold War were to begin. Washington must call out and push back against any attempt by Moscow to try and create chaos, instability or harm our allies or partners.

In fact, our best playbook might be straight out of the first Cold War – good old-fashioned containment , ramping up slowly, matching Russia action for action. And considering America’s and its allies’ vast resources compared to Moscow’s, Putin and his gang would find themselves quickly in trouble.

Today, Russia must make a choice. Does Moscow want to end up, as one senior Trump administration official described to me, as “the North Korea of Europe,” a state diplomatically and economically isolated from its neighbors. Will it someday decide to stop acting like a rogue nation? My hope is for someday a U.S.-Russia relationship that escapes the tensions of the past. But for now, it seems the Cold War is likely back on. And Vladimir Putin should be afraid.