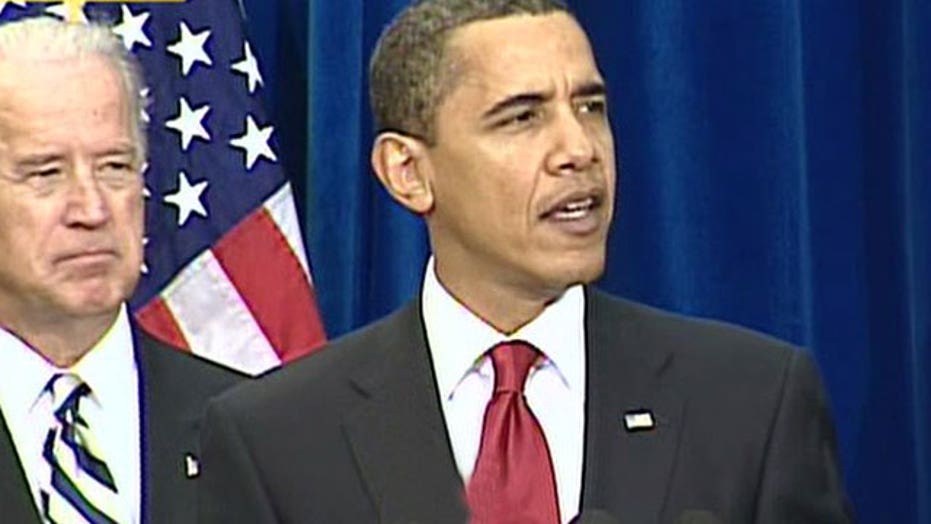 Reflecting on where we are now

On February 17, 2009, five years ago today, President Obama signed his stimulus bill into law.  The law handed out $830 billion in taxpayer money to try to stimulate the economy.

As we all remember, the economy was in a recession at the time, and President Obama promised that he and his team had a solution. They said that if Congress would pass their stimulus plan, and redistribute nearly a trillion dollars, that it would save the economy.

President Obama said that he was going to use the money to fund “shovel-ready” construction projects.  Many of those projects stalled because of burdensome red tape, and Washington regulations.  A couple of years later, the president even joked that “shovel-ready was not as shovel-ready as we expected.”

The American people don’t think that wasting $830 billion in taxpayer dollars is a joke.

The president also promised five years ago that if Congress passed his stimulus, unemployment would get much better. He said that it would peak below 8 percent, and then come down steadily.  He said that by 2013 we would be at 5 percent unemployment.

Of course, the reality is much different.

Unemployment continued to rise and topped out at almost 10 percent -- more than 2 percentage points higher than what the president said would happen.

Even after the unemployment rate has come down gradually, it has never come close to what President Obama promised would happen. We’re now at 6.6 percent -- significantly higher than the 5 percent we were promised

About 20 million Americans are unemployed today.  They want work, but have stopped looking, or are working part-time because they can’t find a full-time job.

One big reason we’ve seen this unemployment rate come down is not the stimulus.  It’s because people have just dropped out of the labor force.

Now, according to the Congressional Budget Office, the labor force participation is headed even lower.  Because of the president’s health care law, another 2.5 million people will be dropping out of the labor market over the next decade.

It has been five years since the stimulus became law.

Instead of spending $830 billion to not create jobs, the president could just cut some of the red tape and let the private sector create jobs today.

He could take out his pen and approve the Keystone XL pipeline.  It makes no sense that he refuses to approve a project that his own State Department says will support 42,000 jobs – with no tax dollars.

He could also work with Republicans to get rid of his medical device tax that’s putting thousands of American jobs at risk.

He could rein in his Environmental Protection Agency, and its irresponsible rules that are forcing power plants to close, and costing jobs all across coal country.

On the fifth anniversary of its stimulus law, the Obama administration should admit that its economic policies have failed and we cannot afford to continue down this same path.

It's time for Washington to stop wasting taxpayer dollars, and get serious about pro-growth policies that will help put Americans back to work.