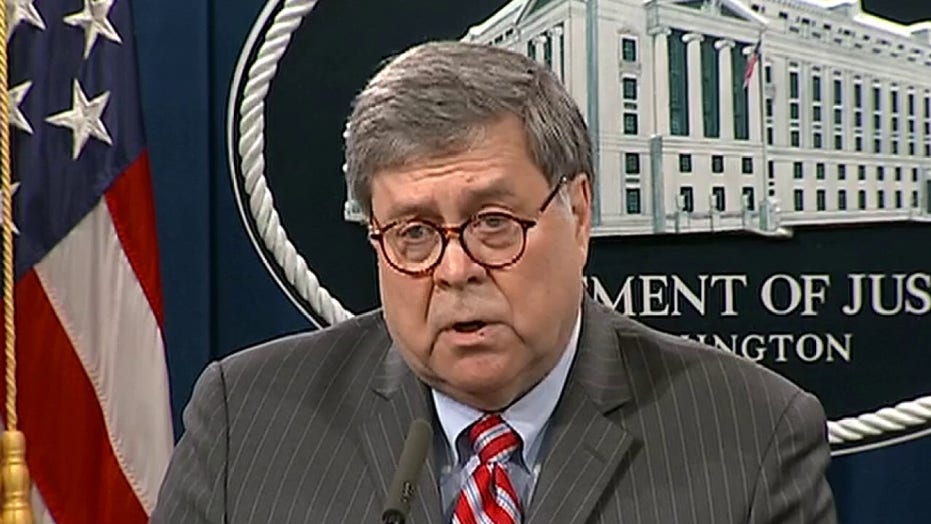 Attorney General William Barr’s remarks on Monday, signaling that the Justice Department anticipates no criminal charges against former President Obama and former Vice President Biden, should come as a surprise to no one (certainly, ahem, to no one who read "Ball of Collusion").

As I noted less than a month ago, the AG observed during a wide-ranging interview with Hugh Hewitt that the subjects of the Durham investigation are not candidates for public office; thus, they were not affected by a Justice Department guideline against bringing charges close to Election Day.

DOUG SCHOEN: FLYNN CASE – WRONGDOING ON BOTH SIDES. HERE'S WHAT JUDGE SHOULD DO NOW

By then, Biden was already the putative Democratic presidential nominee. Obviously, if serious consideration were being given to an indictment of Biden, Barr would not have made the point about the guideline.

To be sure, the media reporting will portray Barr’s latest comments as indicative of a rift between the AG and President Trump, whose latest “Obamagate” rhetoric frames Obama-era investigative abuses as “crime.”

Barr’s remarks will also be applauded as an “exoneration” of Obama officials — consistent with the media approach that portrays Democrats as innocent victims of right-wing smears if they manage to evade indictment, while a “guilty until proved innocent beyond any doubt” standard is applied to Republicans.

Barr’s comments will feature in the “nothing to see here” storyline, the press’s counter to stunning revelations about the baselessness of the Russia collusion narrative willfully peddled by Democrats, and the exploitation of counterintelligence powers — powers that are supposed to protect us from jihadists and hostile regimes — for partisan political purposes.

To the contrary, my sense is that the AG believes there is plenty to see and be outraged about. It simply may not be criminal.