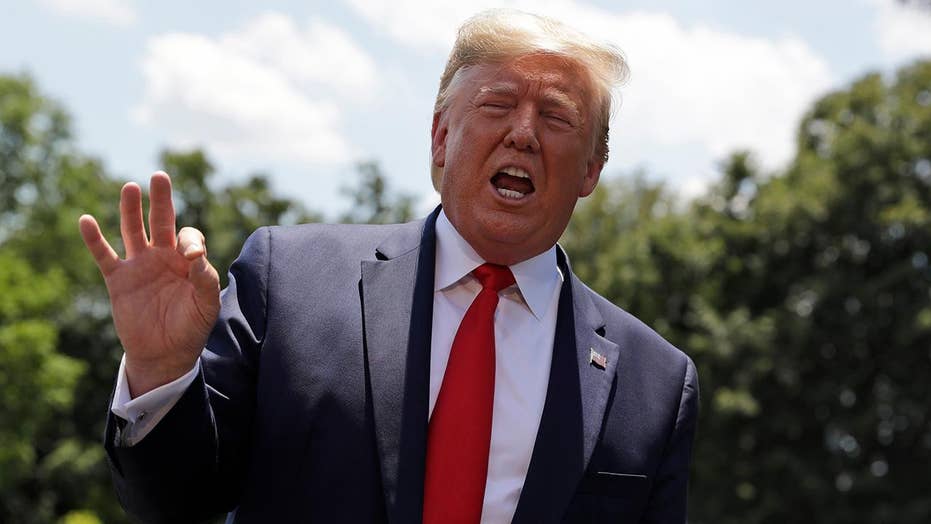 The Supreme Court’s fractured and fragmented decision on whether the Commerce Department can reinstate a citizenship question as part of the 2020 census was a partial victory and a partial loss for the Trump administration. Now a giant question mark hangs over whether census form will include a question asking people if they are U.S. citizens.

Following the high court’s 5-4 decision Thursday to temporarily block the Commerce Department from including the citizenship question on the census form, President Trump said he would try to delay the census until the court can issue a final ruling in the complex case.

The president tweeted: “Seems totally ridiculous that our government, and indeed Country, cannot ask a basic question of Citizenship in a very expensive, detailed and important Census, in this case for 2020. I have asked the lawyers if they can delay the Census, no matter how long.”

Common sense tells us that the citizenship question should be included as one of many questions in the census to obtain accurate data on our population. The purpose of the census, after all, is to collect such demographic information.

But opponents of Trump administration plans to ask about citizenship argue that the question would discourage immigrants – particularly illegal immigrants – from responding to the census and being counted. This would lead to an undercount of the U.S. population that could result in less federal funds and fewer congressional seats going to districts with large immigrant populations, the opponents contend.

Yet as the Supreme Court noted, all but one census taken from 1820 to 2000 included a question about citizenship or place of birth for at least some portion of the population. And since 2000, a citizenship question has been on the American Community Survey – a mini-census sent out every year to a large sample of American households.

By kicking the case back to a lower court for further consideration, the high court essentially punted the administration back deep into its own territory, with little time left on the clock – unless Trump can succeed in delaying the census.

The majority Supreme Court decision, written by Chief Justice John Roberts, is not a final ruling. Rather, it sends the case back to a lower court to further investigate the basis for the Trump administration’s desire to include the citizenship question.

The deadline for finalizing the 2020 census form is fast approaching, however. By kicking the case back to a lower court for further consideration, the high court essentially punted the administration back deep into its own territory, with little time left on the clock – unless Trump can succeed in delaying the census.

The question now is whether Justice Department lawyers can produce evidence needed to convince the lower court to approve the citizenship question before time runs out, or whether the census can be postponed to give the administration more time.

Significantly, the Trump administration won on many of the substantive issues raised by the challengers in this case.

In addition, the Trump administration won on the question of whether the Commerce Department secretary has the authority to put a citizenship question on the census. The challengers claimed that Secretary Wilbur Ross didn’t have that power.

However, the Supreme Court ruled that Congress delegated its authority to the Commerce secretary in a law that gives him broad authority to decide the content and form of the census. This authority includes deciding what questions are asked.

However, the high court ruled that broad authority is not unlimited. Justices said the Commerce secretary’s decision is subject to judicial review under the Administrative Procedure Act, which is a federal law that governs the issuance of new rules and regulations by federal agencies.

Ross was faced with deciding between the value of obtaining more complete citizenship data from across the country with a new census form, or against the uncertain and undetermined risk that reinstating the citizenship question would result in a materially lower response rate, the high court found.

The Commerce secretary’s decision that adding a citizenship question was the better choice was reasonable and reasonably explained, the court found.

However, the case fell apart for the Trump administration because it had said the main reason for reinstating the citizenship question was to improve enforcement of the Voting Rights Act.

In a partial dissent joined by Justices Neil Gorsuch and Brett Kavanaugh, Justice Clarence Thomas wrote that the court should have stopped its analysis when it determined the citizenship question is both constitutional and within the legal authority of the Commerce secretary.

But Chief Justice Roberts, joined by the court’s four liberal justices, found that the Voting Rights Act enforcement reason seemed “contrived,” because Ross was already considering adding the citizenship question a week into his tenure as secretary. This was before the Justice Department sent the Commerce Department a letter saying more accurate citizenship data was needed for enforcement purposes

“The evidence tells a story that does not match the explanation the Secretary gave for his decision,” Roberts wrote.

Justice Thomas dismissed this argument, saying that doubting Secretary Ross’ motives ignored “the presumption of regularity” the courts owe to federal agencies. The administration gave a rational explanation for adding the citizenship question and that should have been the end of the Supreme Court’s review, Thomas said.

Because of this issue, the high court temporarily blocked adding a citizenship question to the 2020 census. But it approved the decision of the lower court that sent the issue back to the Commerce Department, giving the department the opportunity to present more evidence that would justify its decision to ask about citizenship.

Whether that can be done in time to meet the practical deadlines under which the Commerce Department is operating is the big question. It’s also unknown whether the president can succeed in delaying the census.

To succeed, the Commerce Department will have to provide substantive grounds for Ross’s decision, submit that to the lower court for review, get a decision from the judge, and then appeal that decision if it goes against the Trump administration.

In other words, Trump administration officials must throw the legal equivalent of a Hail Mary pass and hope they make it into the end zone.

The game isn’t over, so we’ll all have to wait and see what comes next.